This post may contain affiliate links, which gives me a small percentage of the sale, at no cost to you.
Home » DIY & Tutorials » DIY » DIY Tip: Know When To Hire a Pro 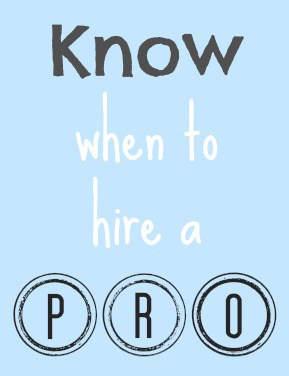 Remember when I wrote about our DIY disaster recessed can to pendant light adventure?
After making one more attempt and failing, we decided it was time to hire an electrician.

Guess how long it took a professional electrition to do what was supposed to be a 5 minute DIY job of converting recessed cans to pendant lights. Guess.

He had to deal with the following issues, plus a few more:

First up, the cans inside the ceiling didn’t have clips that allowed new lights to be hung. They had to be replaced. Apparently, they had been installed to withstand a simultaneous earthquake/tornado . He had to go up and cut them out with tin snips.

Then he discovered that the original cans were purchased at a specialty electrical store. They didn’t fit the standard size, so the hole was 1/2″ too large for the new cans we bought. A third set of cans had to be purchased.

What does all of this have to do with you? Here’s what– learn from our experience.
As a thrifty DIY-er, I like doing things myself.
But here’s a little tip–Know when it’s time to throw in the towel and ask for help!
Some DIY projects work out smoothly, some are a little more challenging.
And then there are some that are so tricky that you just need to hire a pro. And it’s OK.

If it took a pro four hours to install our lights, it probably would have taken my husband and I at least 8.
Neither one of us has the time for that!

Thankfully, our new lights are in.

Now instead of looking at two of these ugly holes: 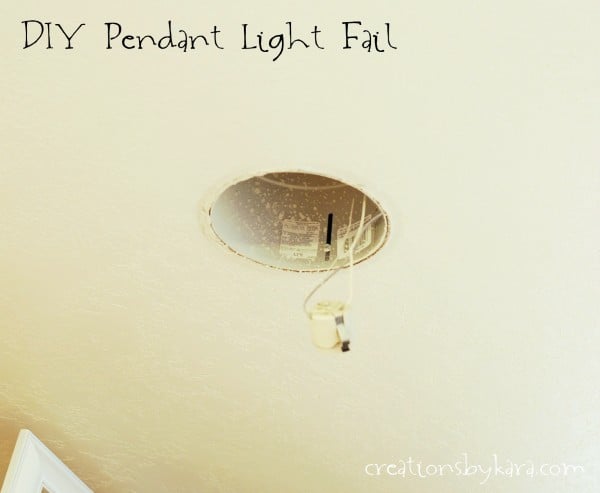 I get to look at two of these gorgeous pendant lights: 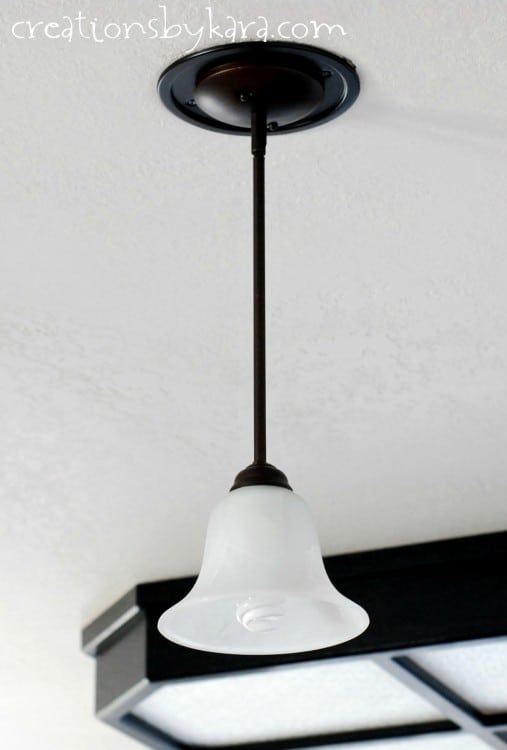 Ahhh, it is so worth the money we paid!