This post may contain affiliate links, which gives me a small percentage of the sale, at no cost to you.
Home » Tips & Tricks » Clever Tips and Tricks » How To Break Your Dryer in One Easy Step {Or Not}

WARNING: This stunt was performed by a professional dummy. Do not attempt at home! 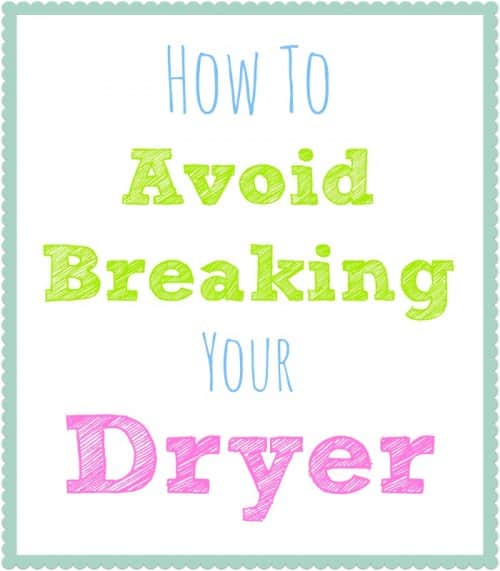 As humanoid people, we all make mistakes.

Some of them look bad. Like when we forget to remove the tag on our new  jacket and run errands all afternoon with a tag hanging out of our armpit.

Some of them smell bad. Like when a gallon of milk rolls under the back seat of the car and stays there unnoticed for two days in the heat of July.

Some of them taste bad.  Like when we accidentally use baking soda in biscuits instead of baking powder.

Some of them feel bad. Like when we aren’t paying attention when using the hot glue gun and drop a big glop on our leg.

Yours truly may or may not have made all of the above mistakes.

A few weeks ago, I made a doozy of a mistake. A truly facepalm worthy mistake. A mistake that cost me over seven hundred bucks. That’s a bad mistake. 🙁

I don’t want any of you to make the same mistake. Not that you would. You’re probably not a professional dummy. But just in case. . .

Here’s how I broke my dryer.
And how you can avoid doing the same thing.

I was doing laundry. Obviously. I had washed a very large bathroom mat, and had placed it in the dryer. And as it spun around doing it’s thing, it was loud. Very loud. It was driving me crazy. So I had what I thought was a brilliant idea. I decided to put said bath mat on the tray that comes with the dryer that allows you to dry things you don’t want to spin. I thought I laid it out nice and flat, like this: 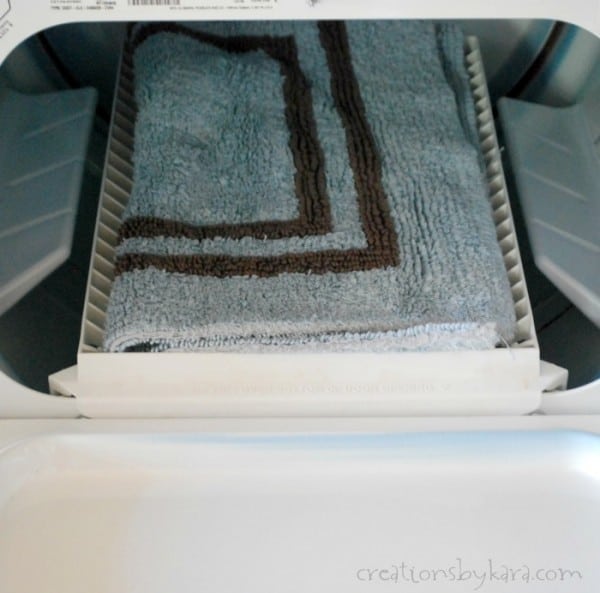 But it must have been something more like this: 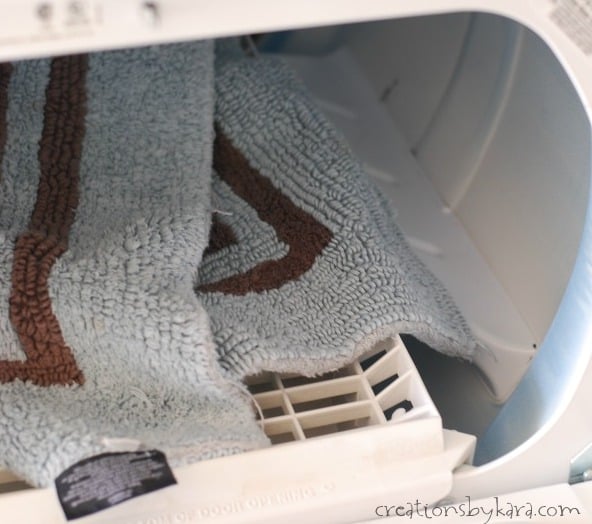 Because about 30 minutes later, I noticed that I couldn’t hear the dryer running anymore. When I walked in to check it, I could smell a burned rubber smell. And the dryer was making a faint humming noise. When I opened the dryer door, I saw something like this: 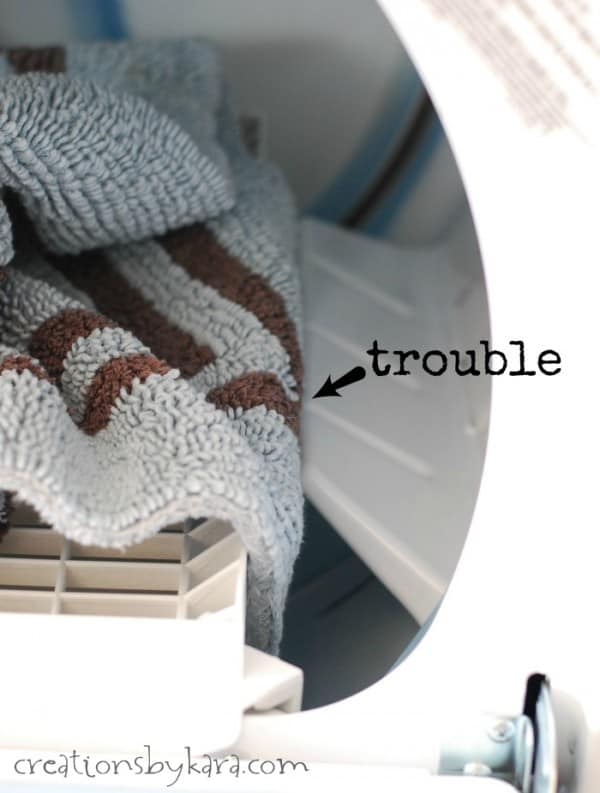 Apparently a corner of the mat got loose and wedged between the drying screen and that ledge thingy (technical,  I know) at the side of the dryer. It got stuck, and prevented the drum from turning. Which eventually burned out the motor. I got all excited because it actually did start up again. But it ran for about ten seconds, then died. And wouldn’t start again, even after I let it cool off for an hour. 🙁

I contemplated calling a repairman. But they charge a couple hundred dollars just to come out and tell you what’s wrong. We get charged extra because we live in the boonies. Then they have to order parts, then they charge another few hundred to fix it. And you have to wait a week or two. Which means you don’t have a dryer. . . for two weeks. I decided I’d rather fork out a little extra cash for a new dryer, and not have to deal with 30-40 loads of wet laundry. Which is the approximate amount of laundry I do in a two week period.

So my stupid mistake cost us a bucketload of money. We had to replace our dryer, which was only a few years old.

Hopefully by sharing my mistake, I will save at least one of you the hassle of having to replace a perfectly good dryer. Not that I think any of you are as dumb as I am. But just in case. . .