This post may contain affiliate links, which gives me a small percentage of the sale, at no cost to you.
Home » DIY & Tutorials » DIY » The DIY Bed Makeover That Nearly Did Me In

I am participating in a sponsored campaign hosted by Advil®. I received compensation for this post. All opinions stated are my own.

A few days ago I told you the struggle I was having with my latest DIY project- a bed makeover for my oldest son.

You know, where I ended with a quilt taped to my living room floor and no idea how to get it finished. Well, the headache continued. I checked three stores, but couldn’t find the walking foot I needed to do the actual quilting. So I ordered one online.

When it arrived, I couldn’t get the darn thing attached to my machine. After 30 minutes, I finally got it working. Or so I thought. After I had sewed just a few inches, it came loose, turned sideways, and broke my sewing machine needle. What the heck!! I was so frustrated I wanted to just toss my machine in a lake. Back to the store for a new needle. I bought two packs of six, you know, just in case.

By the time I got everything put back together again, I was burned out, and I only sewed a few strips before I called it a day. The next day I realized that there is a reason people pay to have their quilts professionally stitched together. Quilting a quilt on a regular sewing machine is HARD! I would not have gotten through this project without a little help from my husband who held the end of the quilt as I sewed, and Advil®, which helped relieve my pain and made it so my head didn’t feel like it was going to burst.

The quilt is now sort of done. At least it’s on the bed. But some of the stitching lines are so puckered that I want to cry. I told my husband that I may just unpick the whole thing and pay someone to do a better job. Of course he thinks I’m crazy. 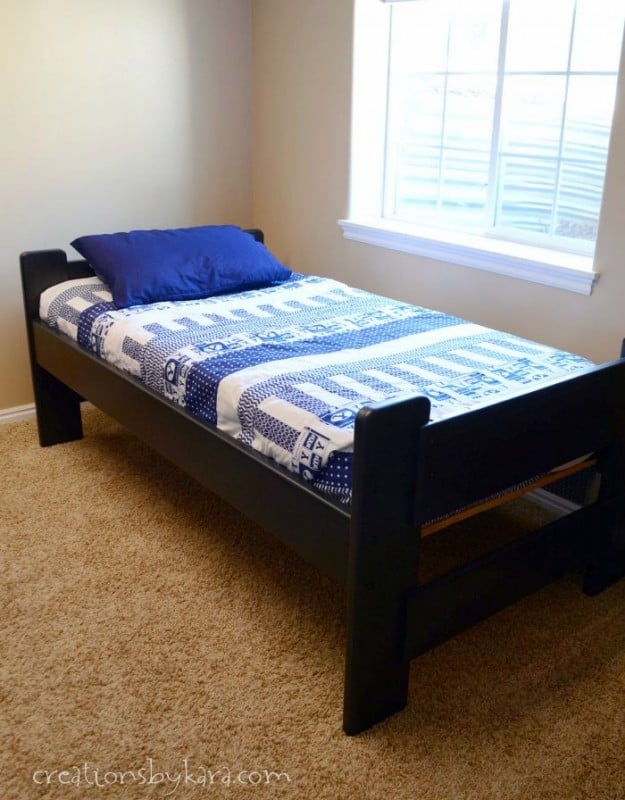 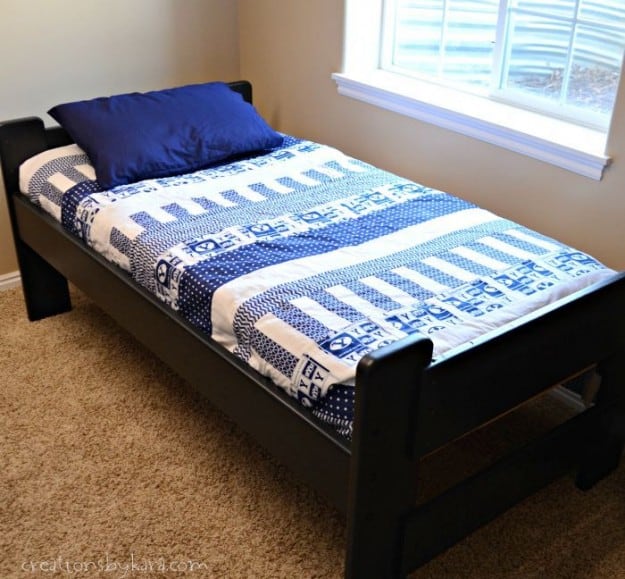 This quilt was a pain in the neck, and I’m so glad I don’t have to deal with it anymore. LOL! 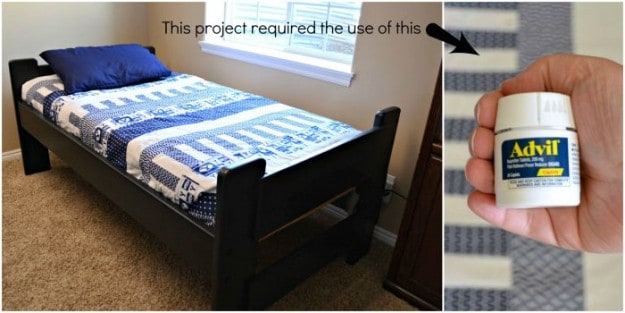 Home improvement expert Carter Oosterhouse is teaming up with Advil® to help DIYers tackle their toughest  projects.
-Upload photos of your DIY project to Twitter or Instagram from now until September 7th using both hashtags #DIYrelief and #AdvilSweepstakes for a chance to win daily prizes.

-A grand prize winner will be drawn from all entries. The winner will get a video conference call with Carter, where he’ll help plan a DIY project for your home as well as $15,000 CASH to use toward a tough DIY project.

When DIY projects don’t go as planned, it’s nice to have a little help from friends, husbands, chocolate, and Advil®, don’t you think?