This post may contain affiliate links, which gives me a small percentage of the sale, at no cost to you.
Home » Recipe Index » Breakfast » Cinnamon Syrup Recipe 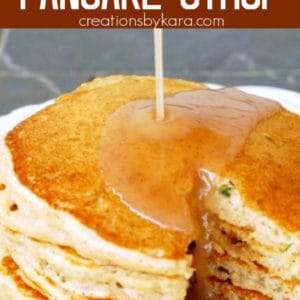 Cinnamon Syrup– This thick and creamy syrup with a touch of cinnamon is amazing over pancakes and waffles. It’s sure to become a favorite at your house! 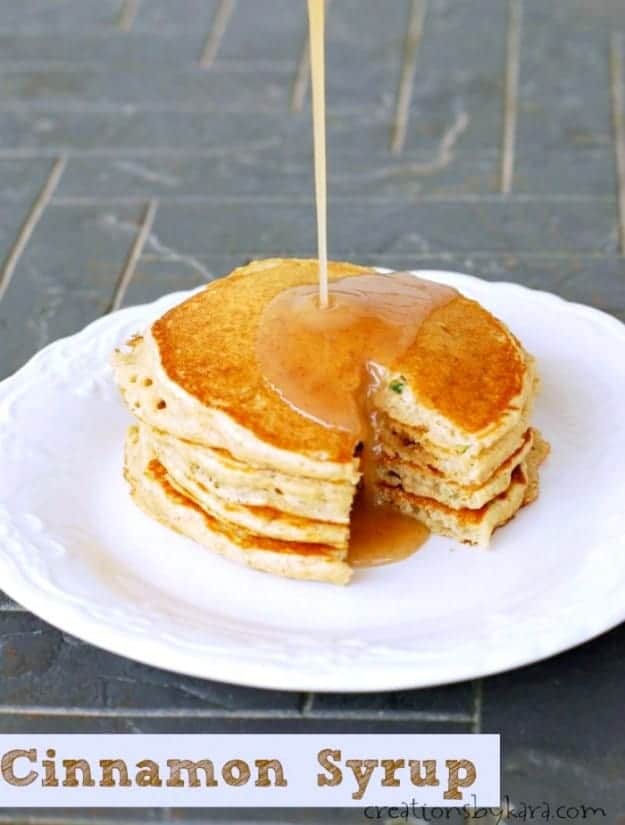 We love pancakes at our house. But I am the first to admit that what you put on top of the pancake is just as important as the pancake itself. We don’t use that nasty fake bottled maple syrup at our house. Ever. No offense if you love it, it’s just not my thing. Please don’t send me any hate mail. 😉 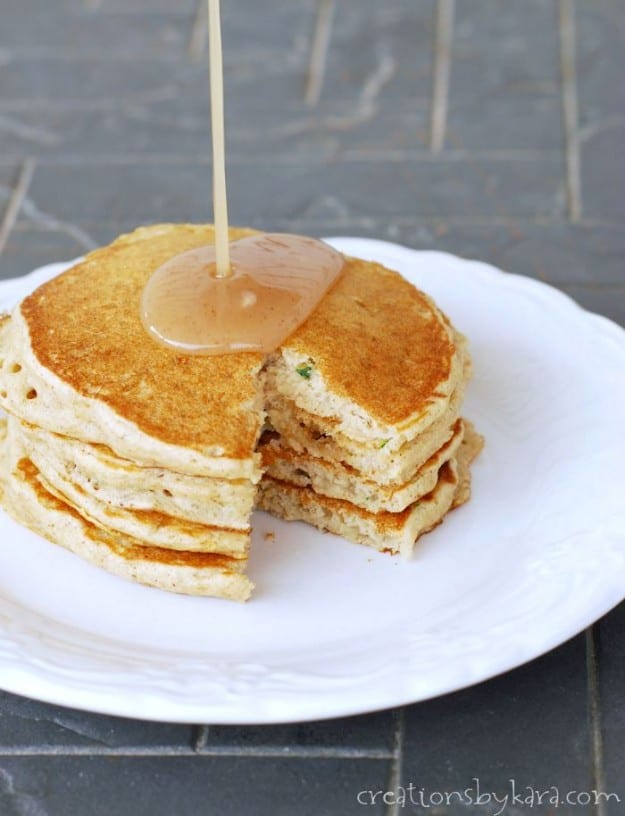 We adore Buttermilk Caramel Syrup, and on special occasions I make Vanilla Sauce. But when fall rolls around, I like to whip up a batch of Cinnamon Syrup. In the top photo, it’s being poured over a stack of zucchini pancakes, and it was delish! It is also amazing with Pumpkin Pancakes. 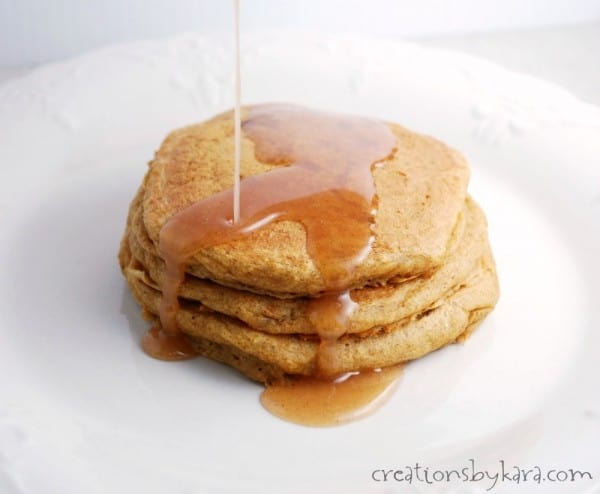 And French toast. It is awesome on French toast! If you’re stuck in a maple syrup rut, you should really give homemade cinnamon syrup a try! 🙂 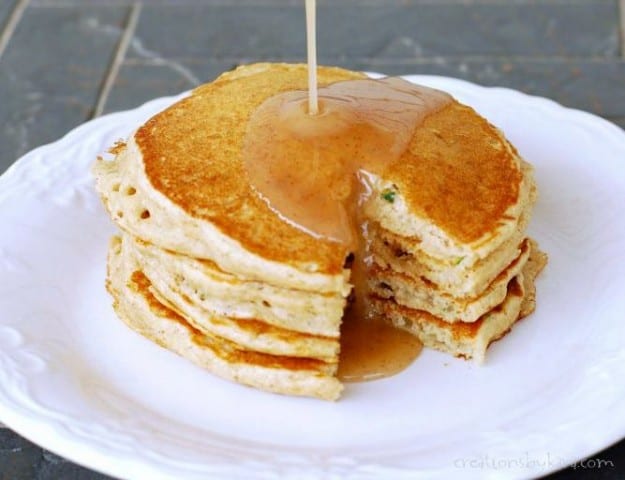