This post may contain affiliate links, which gives me a small percentage of the sale, at no cost to you.
Home » Holidays » Easter » One Cupcake Recipe, Three Cute Easter Cupcakes! 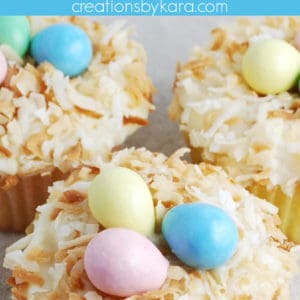 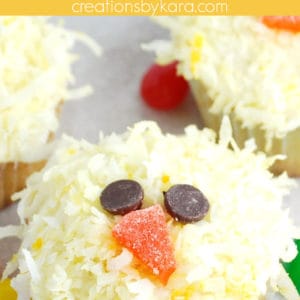 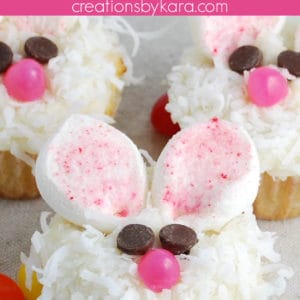 With just one cupcake recipe, you can make three cute Easter cupcakes! 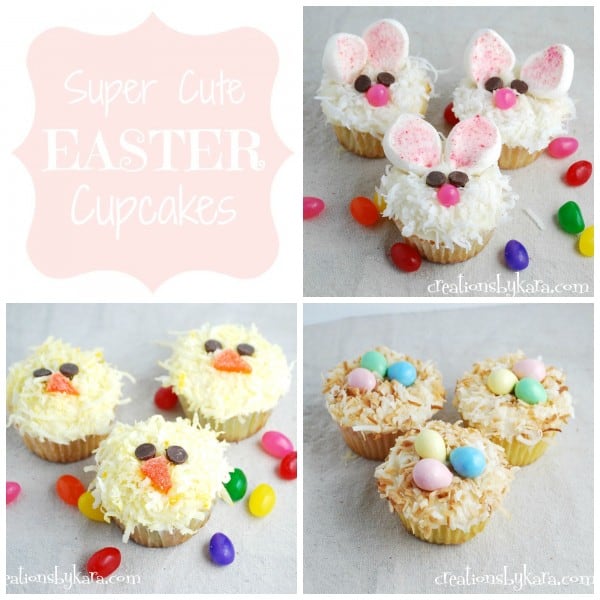 The sun has been shining the past few days, and I am in the mood for Easter! If you’ve been following my blog long, you know that I love making fun foods for holidays. Easter is one of my favorites to cook for, because there are so many possibilities! Last year we decided to decorate some Easter cupcakes. In one of my recipe binders I found a picture of some adorable bunny cupcakes that I had clipped from a magazine years ago. They were so cute that I just had to give them a try!

We started with the idea of making just bunny cupcakes, but my youngest son asked if we could make chick cupcakes. Then I thought of my cute Nest Cookies and thought they could be adapted into cupcakes. So we ended up making three varieties of cupcakes in one afternoon. And boy did we have fun!

Before you start, you will need to bake some cupcakes and make some frosting. Or use store bought, whatever floats your boat. I used these Coconut Cupcakes with Cream Cheese Frosting, and boy are they tasty! Hope you have fun. 🙂 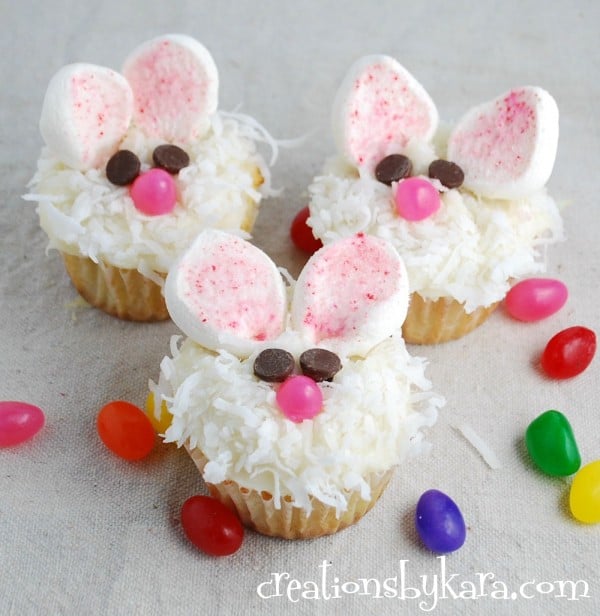 What you need:
-cupcakes and white frosting
–shredded coconut
-large marshmallows
–kitchen shears or scissors
-chocolate chips
-pink jelly beans
-pink sugar (I just added a few drops of food coloring to some sugar in a bowl, put the lid on, and shook it up till it blended together.)

How to assemble:
-Frost your cupcake with white frosting.
-Sprinkle with coconut.
-Cut large marshmallows into slices using scissors dipped in hot water. Dip one sliced end into pink sugar, then pinch at the bottom to form an ear. Push the pinched end onto the top of the cupcake slightly off center. Repeat for the other ear.
-Add chocolate chip eyes and a jelly bean nose. (I cut my jelly beans in half.) 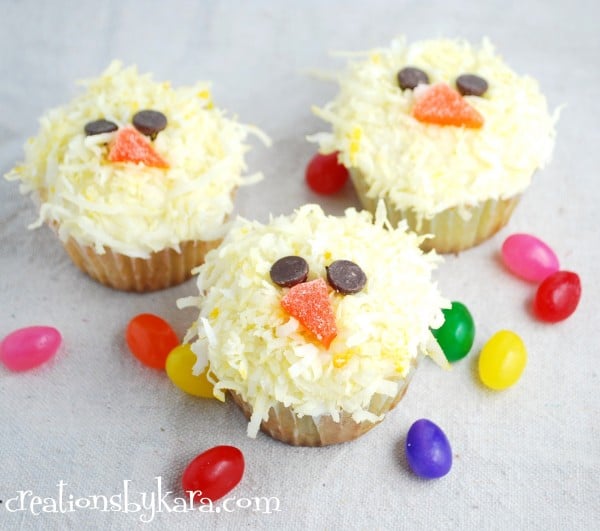 What you need:
-Cupcakes and white frosting
-Coconut tinted yellow (Just add a few drops of food coloring to a lidded bowl of coconut and shake it up really well.)
-Chocolate Chips
–Sugared Candy Orange Slices
To assemble:
-Frost your cupcake.
-Sprinkle yellow coconut over the top.
-Press two chocolate chips tip side down into the coconut.
-Cut a thin slice of orange slice and add it for the beak. 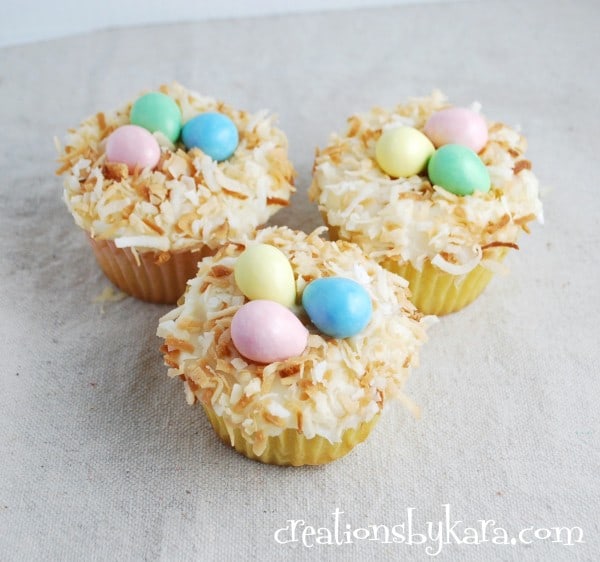 What you need:
-Cupcakes and white frosting
-Toasted coconut (Place on a cookie sheet in the oven and bake at 400° for about 5-7 minutes, stirring often!)
-Egg shaped candies such as Cadbury mini eggs, Reese’s PB eggs, Whopper Eggs, or Jelly Beans
To assemble:
-Frost your cupcake.
-Sprinkle cooled toasted coconut over the top.
-Add a few egg shaped candies in the middle of the cupcake.

And that’s how you make some of the cutest cupcakes on the block!

Previous Post: « Cooking Tip– How To Freeze Orange Zest
Next Post: How To Seal an Envelope– Without Licking It! »