This post may contain affiliate links, which gives me a small percentage of the sale, at no cost to you.
You are here: Home / Recipe Index / Dessert: Brownies and Bars / Sour Cream Apple Bars 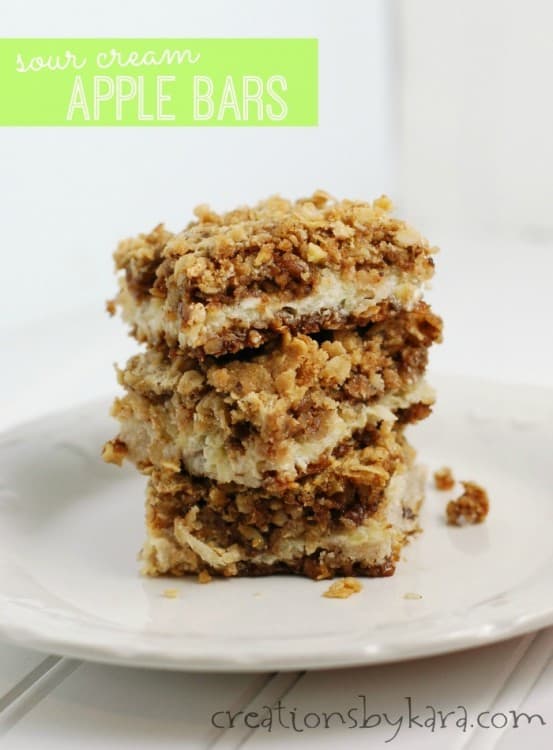 It was so nice to read all your positive comments about adoption after my post yesterday. I always love hearing about other adoption stories, whether they are from adoptive parents, birth mothers, or adoptees. I know there are some people out there who have a negative view of adoption, but I believe that for the most part, it is a wonderful option that blesses the lives of many people. I cannot wait for the day when we change from a waiting couple to an adoptive couple!! And you better believe I’ll be sharing my story. 🙂 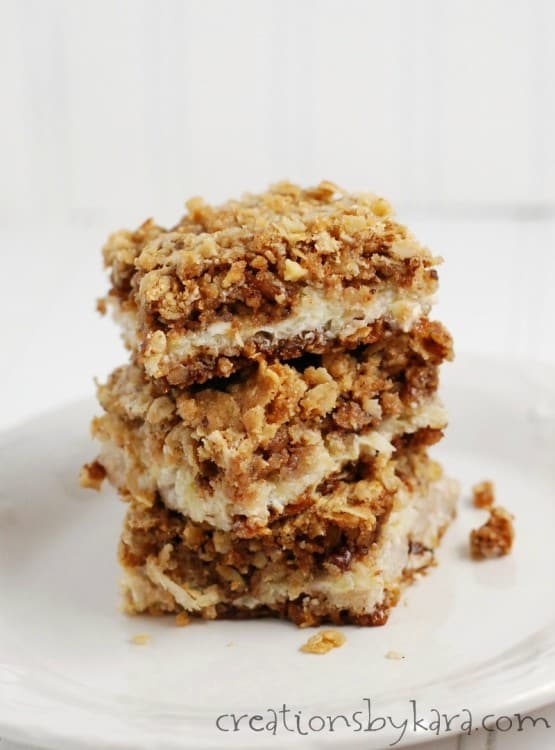 I was on the committee for a Relief Society (woman’s) activity last week. I was in charge of bringing an appetizer and a dessert. I planned on bringing an apple cheesecake, but Thursday was a long day, and by the evening I was exhausted and opted for something more simple. I found this recipe for sour cream apple bars over at Your Homebased Mom. Leigh Anne’s recipes have never failed to disappoint me. Plus she is an absolute sweetheart in real life. 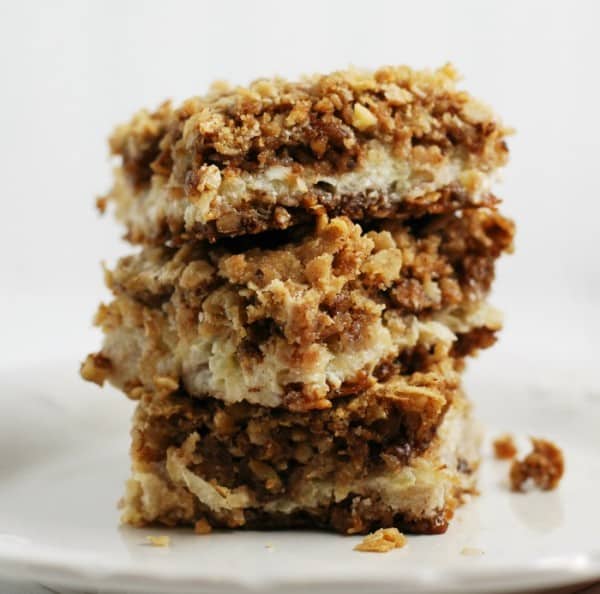 I am so glad I tried these. They were very simple to make, and they taste fabulous! I had several recipe requests that day, and I’ve had even more e-mails since then. The tangy, creamy middle pairs perfectly with the crunchy topping. A few people asked me if they had coconut in them, but that is just the grated apples. You can’t really tell they have apple in them, they taste more like a cheesecake bar. They are definitely going to be made again and again at my house! Hope you like them as much as all my lady friends (and my family) did. 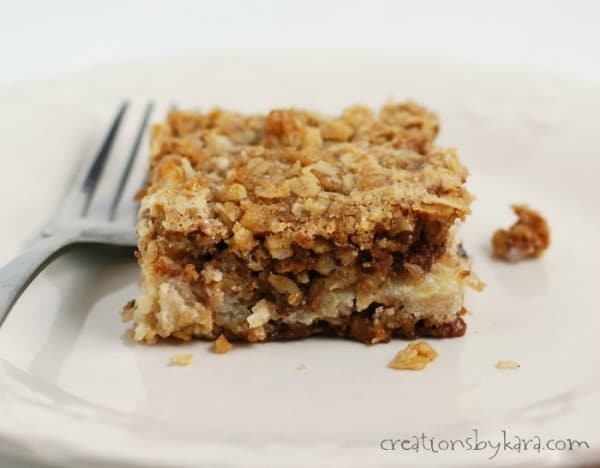 For the crust: Beat the butter and brown sugar till creamy. Add the remaining ingredients and mix well. Press half in a lightly greased 9×13″ pan. Bake at 350° for about 8-10 minutes.
While crust is baking, prepare the filling: Grate your apples. Mine were small, so I used three. Stir together all ingredients till well combined. Spread over hot crust. Top with remaining oatmeal mixture. Bake an additional 40-49 minutes, or till center is set. Cool, then cut into bars. Store in the refrigerator.

Notes:
-I peeled my apples, but the original recipe called for leaving the skins on.
-Leigh Anne used quick oats, but I used regular and thought they were fabulous. So you can use whatever you have.