This post may contain affiliate links, which gives me a small percentage of the sale, at no cost to you.
You are here: Home / Recipe Index / Breakfast / Breakfast Hash

This breakfast hash is one of my family’s favorite breakfast recipes. It is seriously kind of crazy how much my boys love it and ask for it. 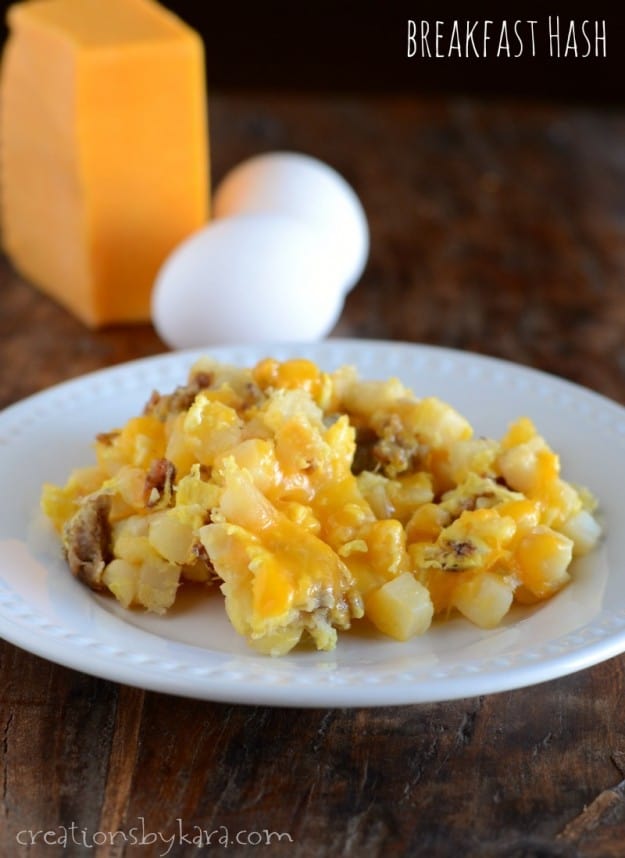 We have it every Christmas morning. It is the perfect accompaniment to our annual breakfast tradition of waffles with ice cream and strawberries. It balances out all the sugar, and it’s hearty enough to keep even the teenagers full for at least a couple hours. 🙂  It is simple to make and so delicious! 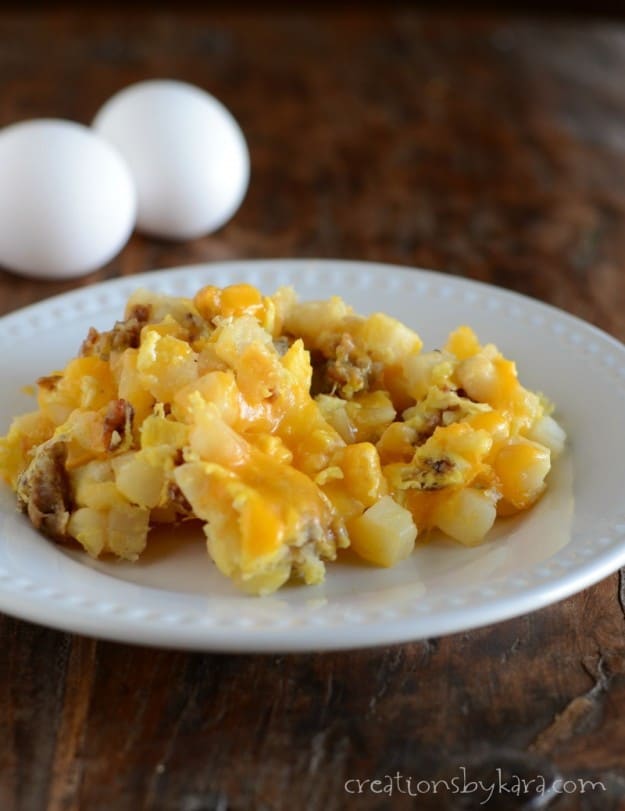 Although it is called Breakfast Hash, that doesn’t stop us from occasionally having it for dinner. If you need to eat breakfast on the run, it can be wrapped in a warmed flour tortilla. Yummy! 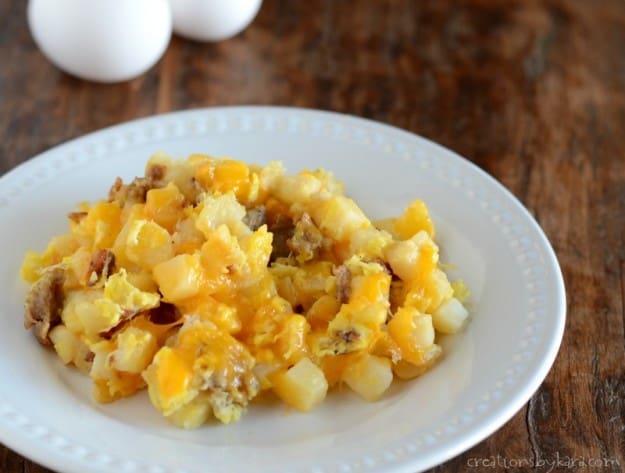 1 pound pork sausage
2 pounds country style hashbrowns
10-12 eggs, beaten
Salt and pepper
1-2 cups shredded cheddar cheese
Brown sausage in skillet, set aside. In a large electric skillet, brown the hashbrowns. (Mine is non-stick, so I don’t even grease the pan, but you can if you need to.) When the hash browns are browned, stir in the sausage. Pour the eggs evenly over the top. Sprinkle with salt and pepper. Cook and stir till eggs are done. Turn heat down to low and sprinkle cheese on top. Cover and let sit for about 2 minutes or till cheese melts.

Notes:
-The shredded hash browns don’t work very well in this recipe, they just glump together and make a mess. Make sure you get the chunk variety.
-This recipe was originally made in a dutch oven. I adapted it because if I use an electric skillet, I don’t have to use a bucketload of grease in the pan. Plus it’s so much easier to plug in a skillet than dig out charcoal, matches, lighter fluid foil and a fifty pound dutch oven. But if you are a big fan of cooking in a Dutch oven, you go ahead.
-You could substitute bacon or ham if you like. My family just happens to like sausage the best.
-This is also good with onions and peppers. Just saute them with the sausage. 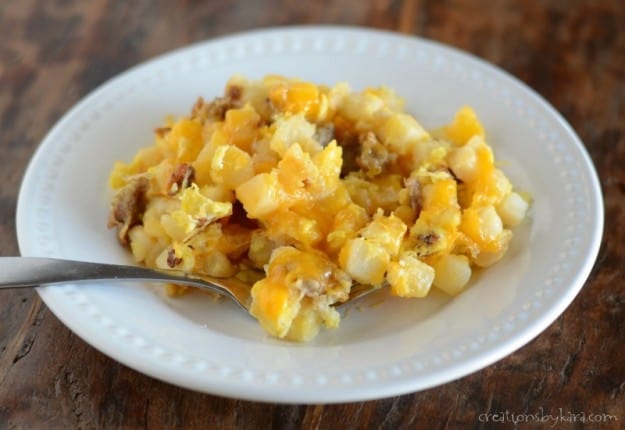