This post may contain affiliate links, which gives me a small percentage of the sale, at no cost to you.
You are here: Home / Recipe Index / Dessert: Cookies / Cinnamon Cookies {Mexican Dessert}
Cinco de Mayo is coming up in a couple days, so I thought it would be fun to share another Mexican recipe with you. We actually tried these a few months ago. I can’t for the life of me remember why, but for some reason we were learning about Mexico. Probably a school project or something. Anyway, we needed a Mexican dessert, so we gave these a try.
They are a shortbread cookie and they just melt in your mouth. They are similar to the Mexican Wedding Cookies that everyone makes. I really liked the cinnamon flavor in these. We found that we enjoyed them even better when we rolled them in the sugar/cinnamon mixture a second time! 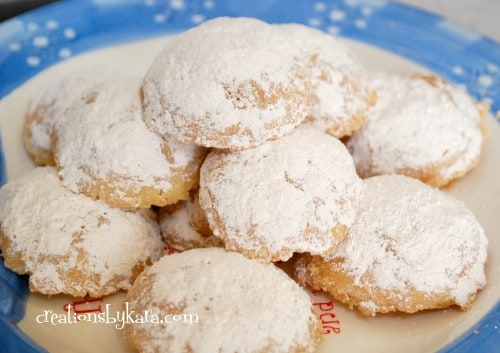