This post may contain affiliate links, which gives me a small percentage of the sale, at no cost to you.
Home » Recipe Index » Breakfast » Cinnamon Roll Waffles Recipe 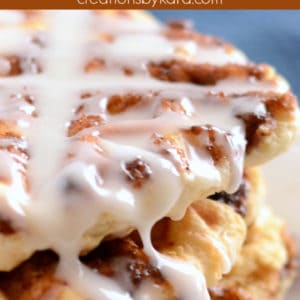 Cinnamon Roll Waffles – Loaded with swirls of cinnamon sugar and dripping with glaze, these waffles would make any morning a little bit brighter. They are scrumptious! 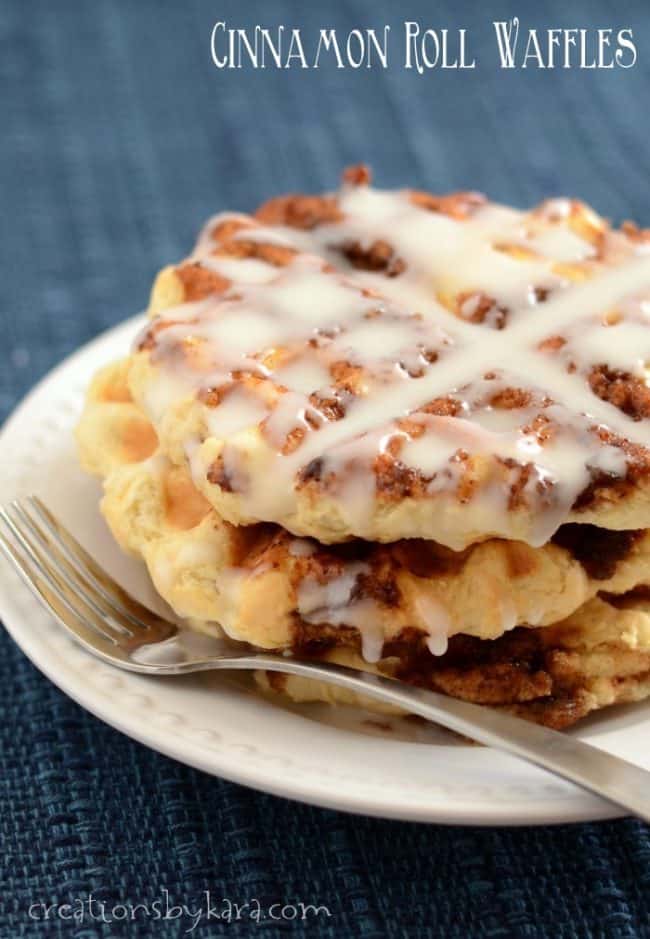 Did you know that today is National Waffle Day? If my kids got to vote, there would be a national waffle month. They love waffles, and I can’t say I blame them.

They are a delicious way to start the day, don’t you agree? Of course, since it’s a special day,  I might even surprise them my serving waffles for dinner!

This recipe came about after my son made cinnamon roll waffles at school using canned dough. I’m trying to cut down on the processed food we eat, so I decided to come up with a from scratch version.

I knew I didn’t want to have to wait for yeast dough to rise, so I found a recipe for biscuit like cinnamon rolls in one of my old cookbooks. It’s pretty basic. Make the dough, roll it out, spread on the filling, roll it up, cut into slices.

Whoa.  First up, they filled the house with an amazing spicy aroma while they were cooking. Then they came from the waffle iron with crispy cinnamon crunch along the edges, and ooey gooey cinnamon in the middle.

I thought my kids were going to rise up in rebellion while they had to wait for me to take pictures. When we finally sat down to eat, I drizzled them with a simple icing. Oh man. A mouthwatering success of epic proportions! People, you have to try these. Immediately. 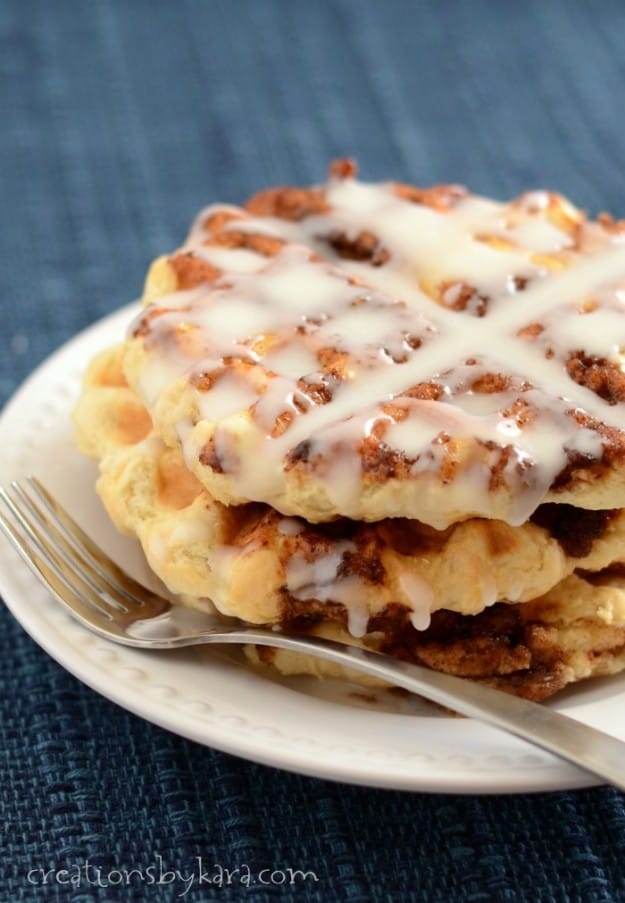 Word of Warning –  The cinnamon mixture does make a mess,  so I recommend using a waffle iron with removable plates for easier cleanup. My brand is no longer sold, but you can find several versions on amazon.

I’m teaming up with nine other bloggers to bring you some of the most delicious waffle recipes you have ever seen. Seriously, how can you even choose which one to make first? So much yumminess below! 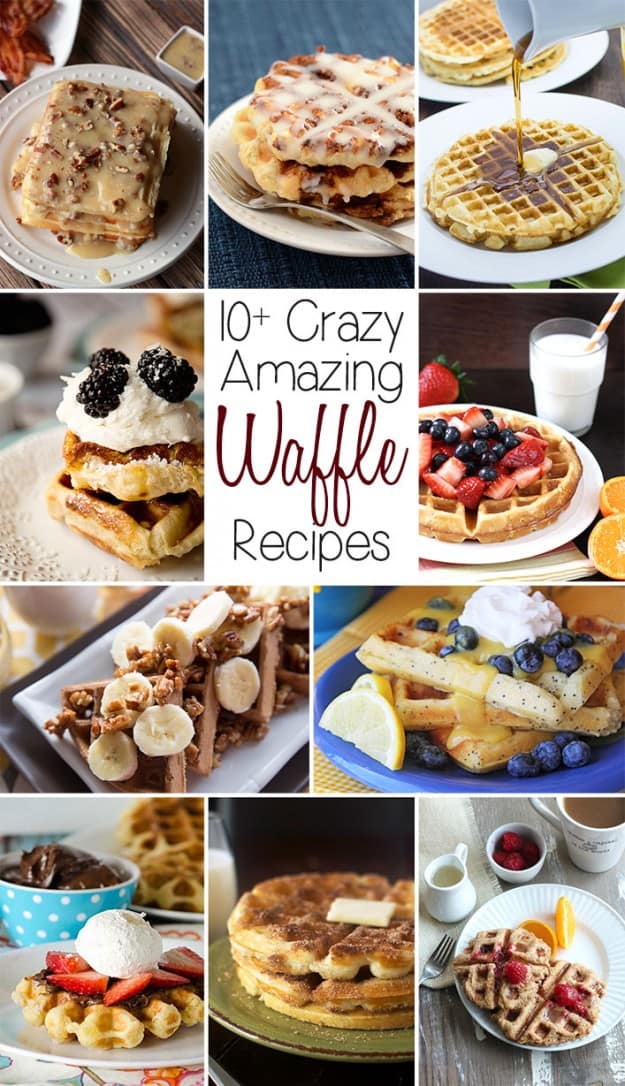 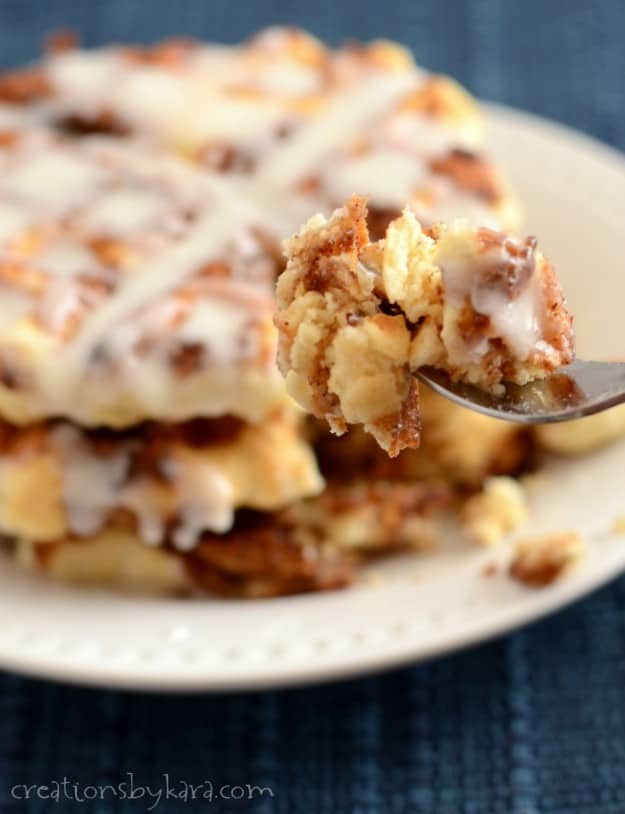 These waffles do make a mess of your waffle iron, so I recommend using a waffle iron with removable plates for easier cleanup.