This post may contain affiliate links, which gives me a small percentage of the sale, at no cost to you.
You are here: Home / Recipe Index / Dessert: Cakes and Cupcakes / Pumpkin Cake with Cinnamon Cream Cheese Frosting

Best ever Pumpkin Bundt Cake . . . this pumpkin cake recipe is fantastic, and the cinnamon cheese frosting makes it out of this world! 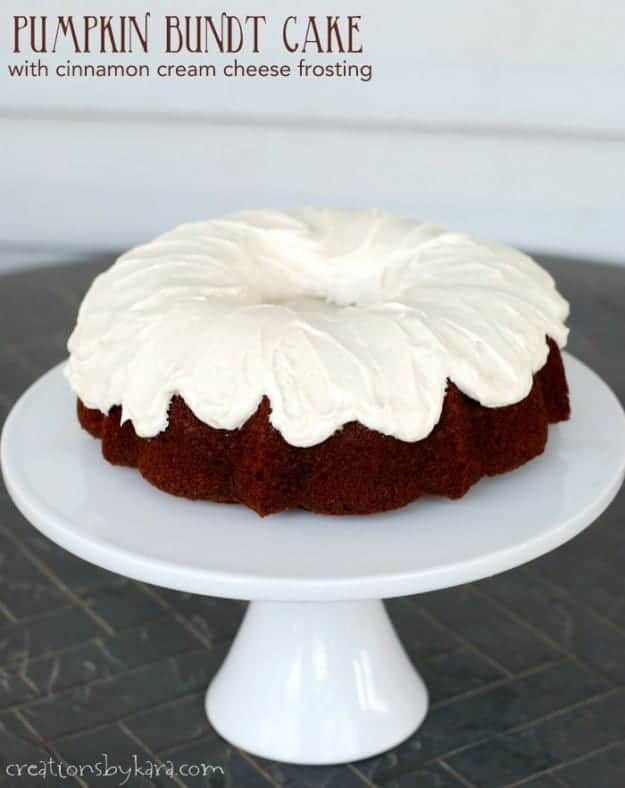 I am of the belief that pumpkin desserts are not to be served only during the fall season. They are way too darn yummy to only appear one time a year!! So I made this pumpkin bundt cake and took it to a Relief Society (church ladies) dinner last week. I had several recipe requests, so I guess I’m not the only one who thinks pumpkin desserts aren’t only for autumn!

I love making bundt cakes, because they are so pretty, but aren’t much more work than a sheet cake. I tweaked a couple of my favorite pumpkin cake recipes to come up with this one. It is fabulously moist and has a great cinnamon spice flavor. 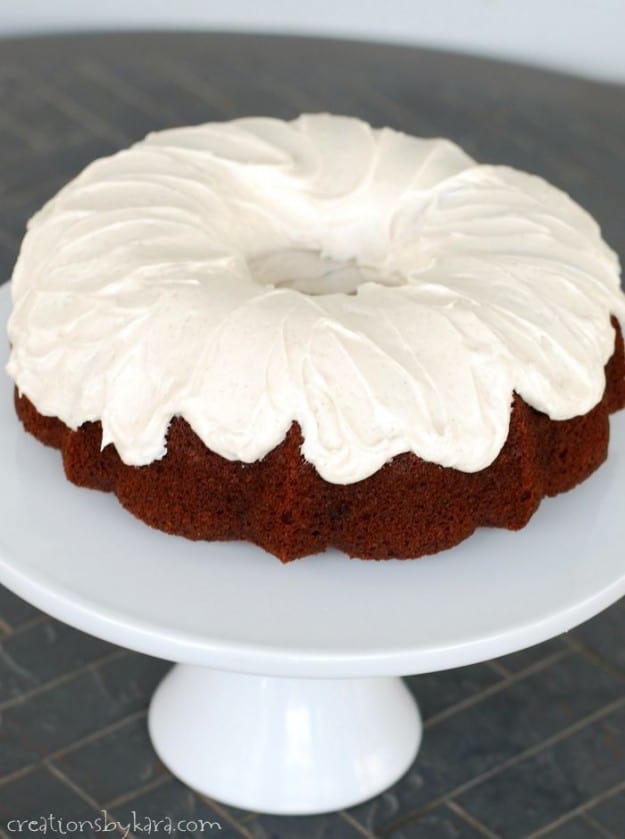 I decided to try adding cinnamon to the cream cheese frosting, and I thought it was a great addition. Just try not to eat it by the spoonful, I dare you. 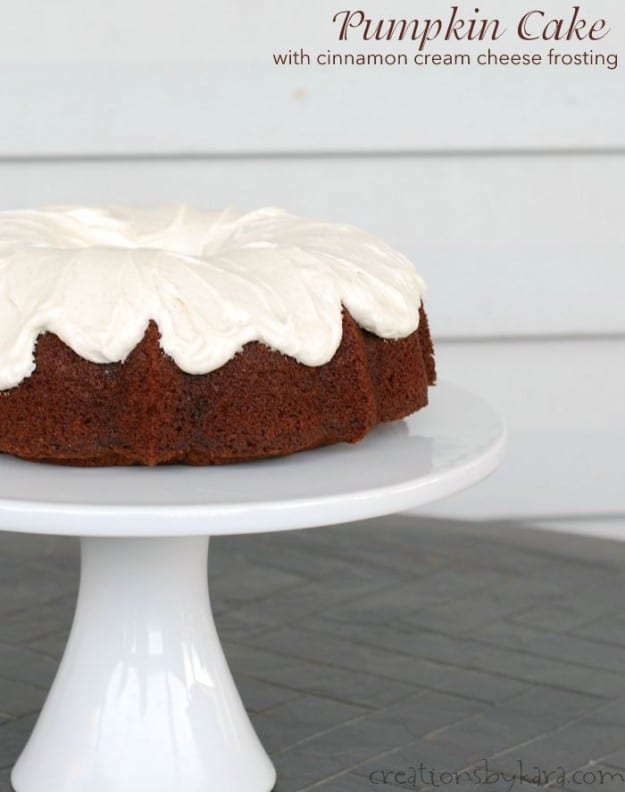 If you have any leftovers, they are even more moist the next day. So, so yummy!! 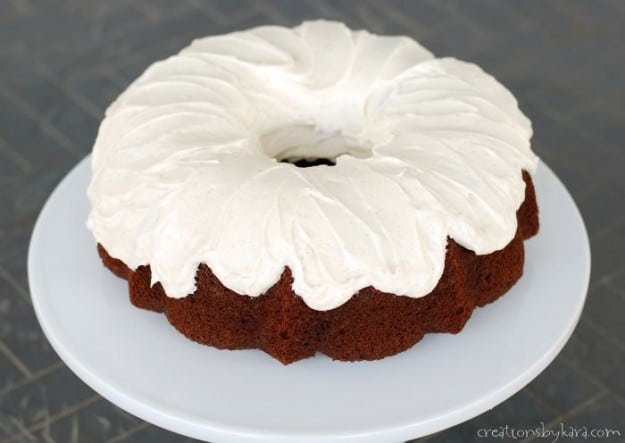 Cake: Whisk together oil, pumpkin, and sugar. Beat in eggs. Add dry ingredients and mix well. Pour into a well greased and floured Bundt cake pan. Bake at 350° for 50-60 minutes or till toothpick comes out clean. Cool in pan 10 minutes, then invert on cooling rack. Cool completely and frost.

Frosting: Beat cream cheese and butter till smooth. Beat in powdered sugar, cinnamon, and vanilla. If you need to add a little milk to achieve the right consistency, go right ahead.


For more pumpkin desserts, check out: