This post may contain affiliate links, which gives me a small percentage of the sale, at no cost to you.
Home » Recipe Index » Bread: Quick Breads » Cinnamon Chip Pumpkin Bread Recipe 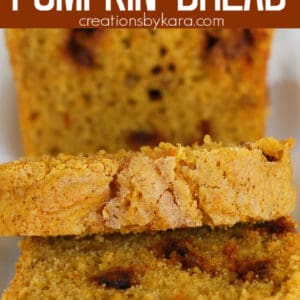 Cinnamon Chip Pumpkin Bread Recipe – this quick bread is moist, tender, and packed with cinnamon flavor. A definite must make for fall baking! 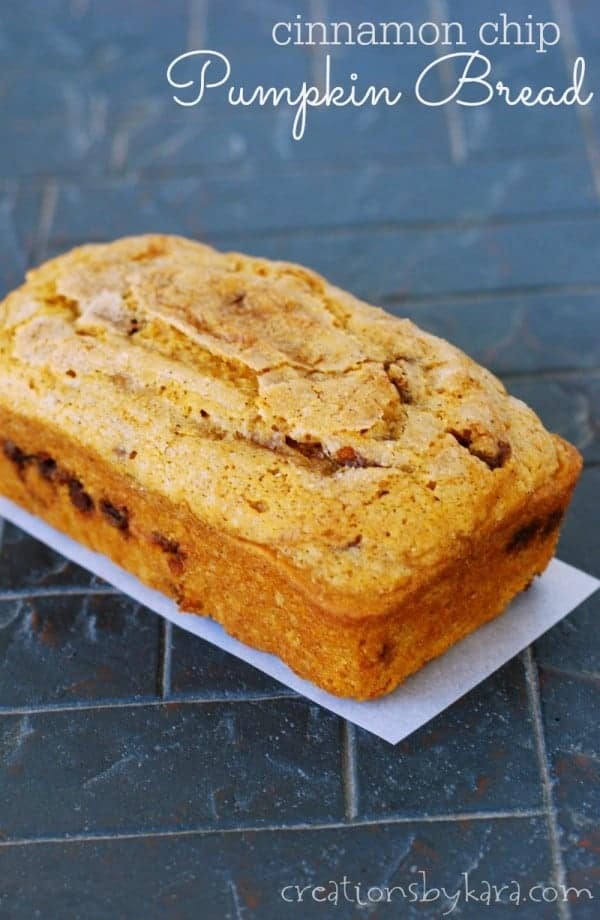 Since we are halfway through September, I feel totally justified in starting to post pumpkin recipes. I waited long enough didn’t I? I love baking with pumpkin, and truth be told, I actually bake with it all year long.

This pumpkin bread recipe is a family favorite. It is loaded with cinnamon chips, and has a sprinkling of cinnamon sugar on top for an extra boost of cinnamon flavor. It is divine!

I handed several loaves out to neighbors last year and got a few recipe requests shortly after. It makes great Christmas neighbor gifts. Everyone loves it!

The crackly sugary top looks so yummy, doesn’t it? 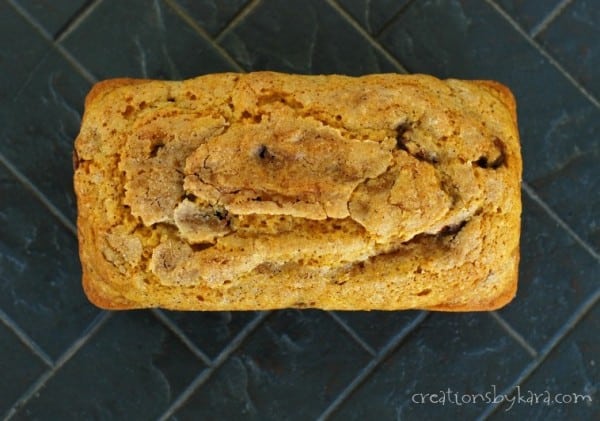 Guys, this bread is so good! If you’ve never tried cinnamon chips before, you really need to! They used to be hard to find, but thankfully my local stores now carry them all year long. 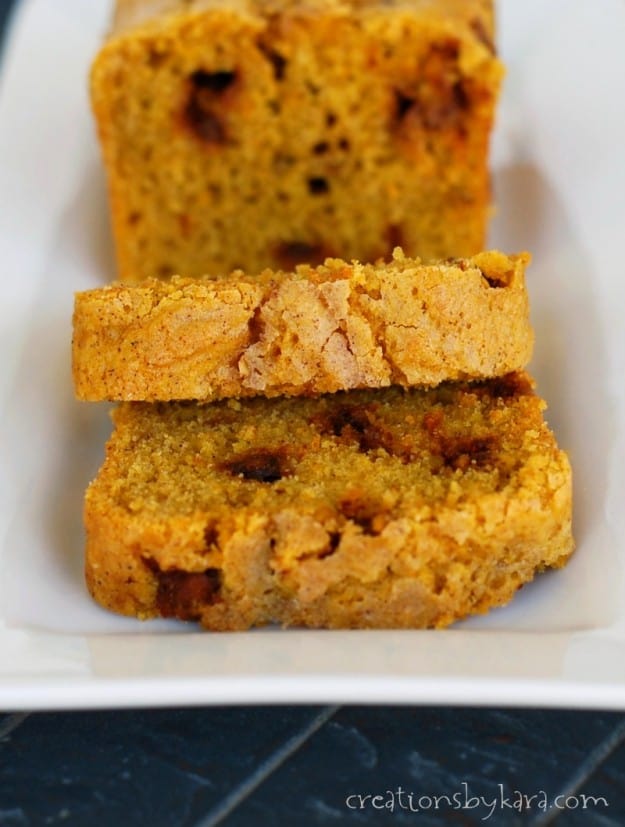 If you love baking with pumpkin, you’ll also love these recipes:

-I usually find cinnamon chips at Walmart, but you can order them on Amazon if you can't find them. I'm including a link at the end of the post.

-This recipe was originally shared at Cupcake Diaries.

Supplies used to make this bread: