This post may contain affiliate links, which gives me a small percentage of the sale, at no cost to you.
Home » Recipe Index » Bread: Yeast Bread » Cinnamon Crumb Dessert Pizza 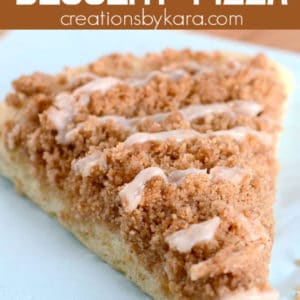 This Cinnamon Pizza is inspired by the dessert pizza served at pizza restaurants. But it’s even better because you make it yourself!

My kids are fond of any kind of pizza, but of course they are crazy about pizza served for dessert! We are also fond of apple pie pizza, and strawberry nutella pizza. 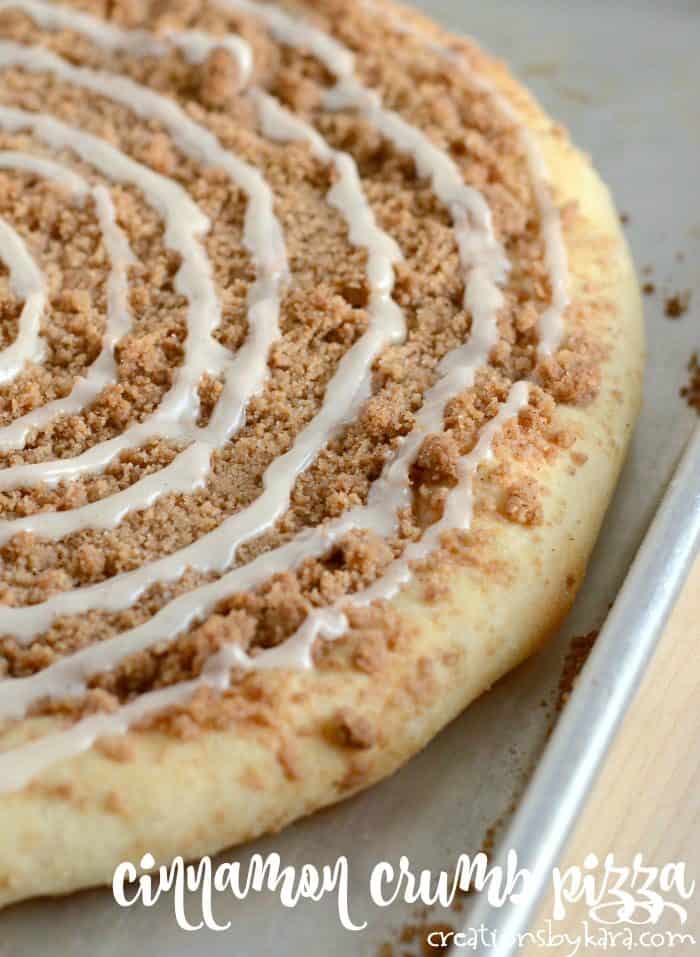 My kids are always begging us to get dessert pizza when we order delivery. But after forking out all the cash for pizza, I don’t want to spend more on dessert. Especially when I know I can make it for a fraction of the cost!

I like to make my own crust, but even if you buy pizza dough, you will still save a lotta dough. Haha, get it? Plus with purchased dough the prep time is like five minutes. 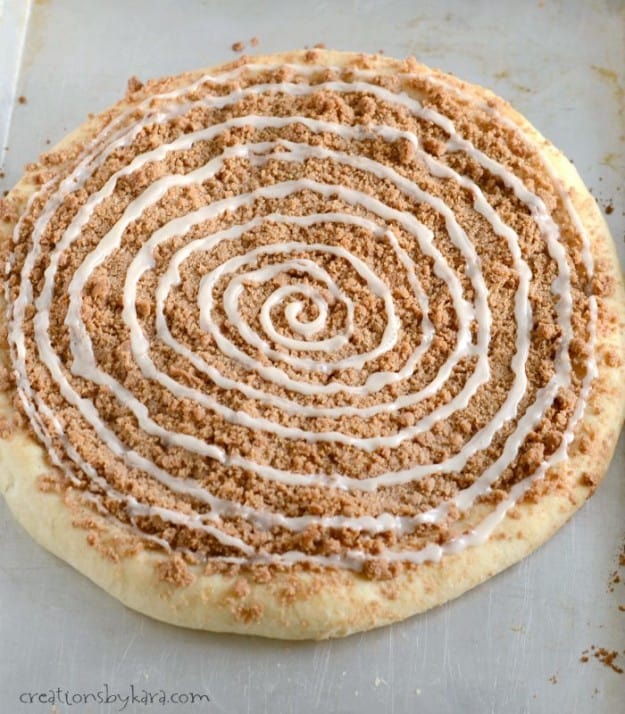 When I made this for my family, I doubled the recipe. Because let’s face it. When you have a soft and chewy crust topped with a heavy dose of cinnamon sugar crumbs, then topped with glaze, one slice isn’t enough. Especially if you are a teenage boy. Which we have plenty of at my house.

And even with the double recipe, there were no leftovers. Crumbs were happily licked from fingers, and plates were left spotless. In other words,  this cinnamon pizza was a huge hit. If you don’t have teenage boys, stick with one batch. Unless you have a really stretchy pair of yoga pants. 🙂 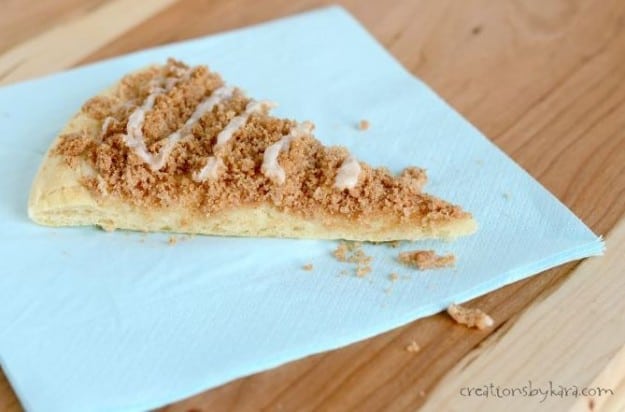 We had this for dessert, but if you like to live on the wild side, you can totally have it for breakfast. Or lunch. Or whatever time of day you need a sweet and tasty little pick me up.

HOW TO MAKE CINNAMON PIZZA

The crust for this pizza is just a simple yeast dough. After it’s prepared, it only needs to rest for 15 minutes before it’s ready to roll out. I like to just use my hands to press it out into a 12″ circle on a greased baking pan.

You make a simple crumb topping with flour, sugar, cinnamon, and butter, then sprinkle it on top of the crust. After baking up the dessert pizza, you drizzle it with vanilla icing. Easy and delicious!

HOW TO STORE CINNAMON DESSERT PIZZA

This dessert is definitely best served warm from the oven, but it can be stored for a day or two. Just place it in an airtight container and store it at room temperature. The cinnamon topping will start to soften up, so I really do recommend eating it while it’s fresh. 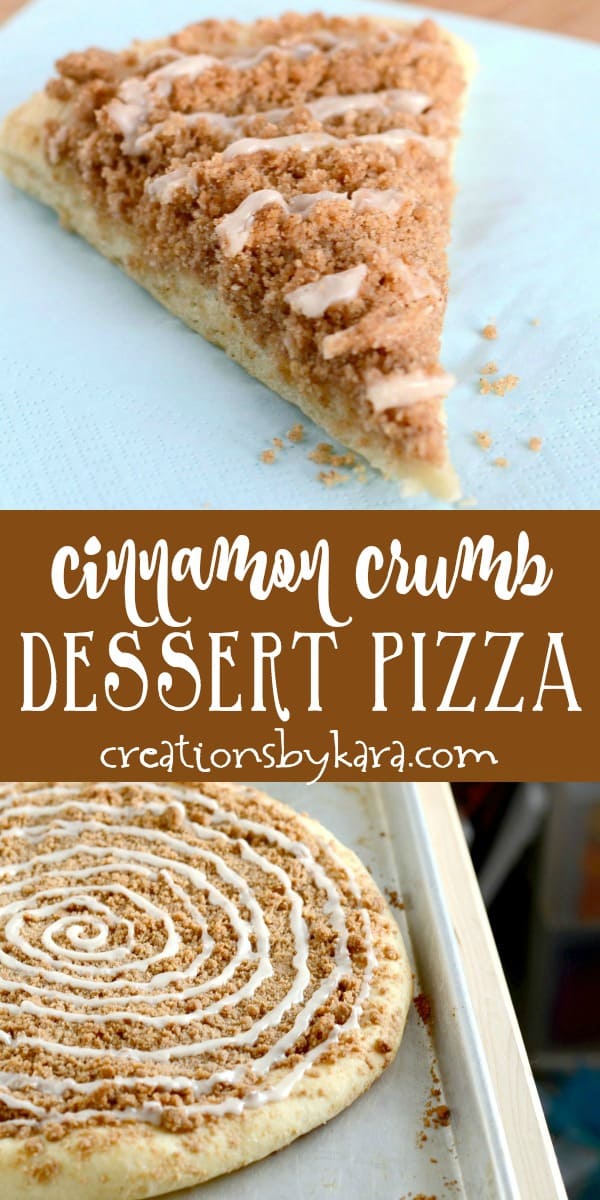