This post may contain affiliate links, which gives me a small percentage of the sale, at no cost to you.
You are here: Home / Recipe Index / Dessert: Cheesecake / Vanilla Bean Cheesecake

Vanilla Bean Cheesecake- if you love the vanilla bean cheesecake at Cheesecake Factory, you are in luck. This is just as good, and you can make it at home for a fraction of the cost!

Every year I attend the Snap! blogging conference held in Salt Lake. One of my favorite things to do in between classes is head to the Cheesecake Factory for lunch or dinner. Or breakfast. Or whenever. I love that restaurant, because hello- cheesecake. I am typically a fan of cheesecake loaded with stuff. Fruit, chocolate, caramel, whatever. I like it loaded, so that’s what I usually order. But one year I went with my friend Stacy from Not Just a Housewife, and she raved about the Vanilla Bean Cheesecake. And I mean raved. Like she made me think that maybe I was missing out on the best dessert in the history of ever. So I decided to order it. . . . 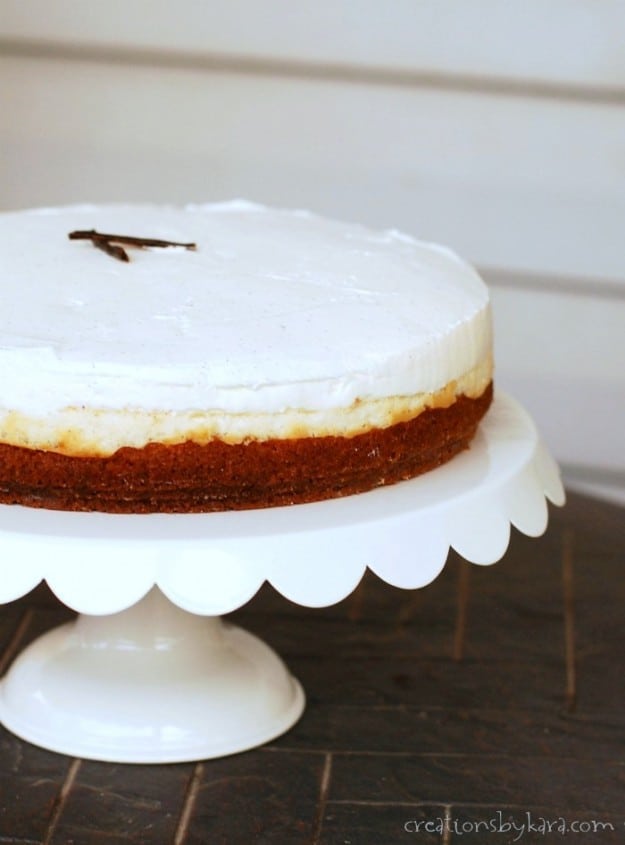 Wow. With all those layers of creamy vanilla yumminess, I didn’t even miss the raspberries, or the chunks of Oreo, or the layers of caramel. What I thought was going to be a plain old slice of cheesecake was in fact one of the BEST slices of cheesecake ever! 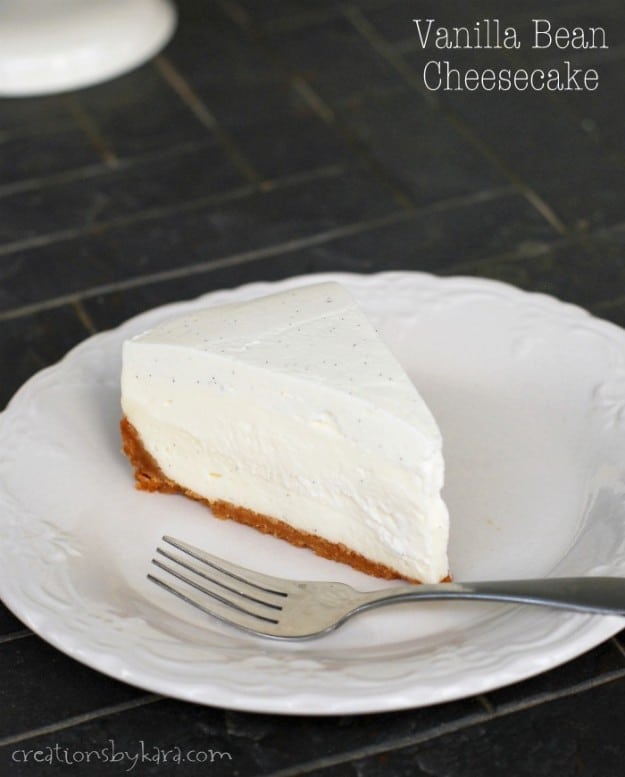 Of course after I came home I had to search for a recipe to make my own vanilla bean cheesecake at home. I found several, but this version is closest to the recipe from Mel’s Kitchen Cafe. She’s a rock star in the kitchen! 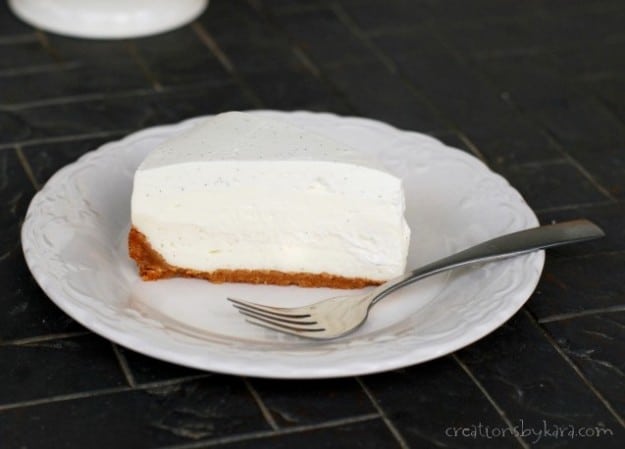 This cheesecake recipe may look like it’s long and complicated, but really it’s quite simple to make. Seriously, the hardest part is just cutting open the vanilla beans to get out the seeds. Which is really not that hard. So don’t be intimidated. You must make this cheesecake! It will be worth every single calorie. 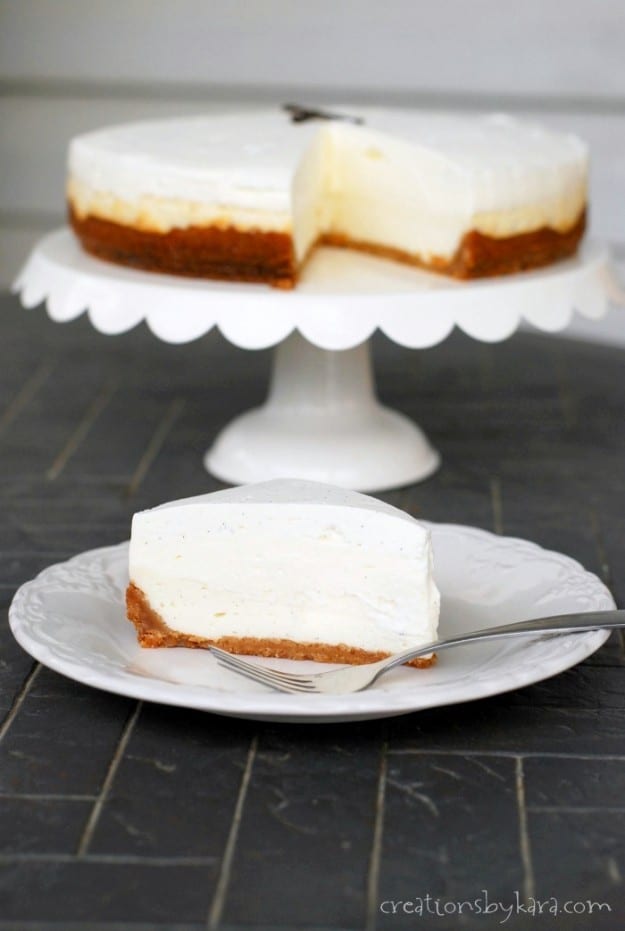 You can of course top this cheesecake with anything your heart desires, but I think it really is good enough to stand alone. And that means something coming from me, the queen of “more is probably better” when it comes to dessert.

This recipe contains affiliate links. Thanks a bunch for your support!