This post may contain affiliate links, which gives me a small percentage of the sale, at no cost to you.
Home » Recipe Index » Bread: Yeast Bread » Cinnamon Swirl Bread
Jump to Recipe

Cinnamon Swirl Bread is a soft and tender loaf with a swirled ribbon of melted cinnamon sugar. It’s a perfect fall bread recipe!

If you follow my blog,  you’ve probably figured out that when fall comes around, I start baking with cinnamon. A lot of cinnamon.  Not only because I love how it tastes, but because it makes my house smell amazing! Cinnamon swirl bread was my latest cinnamon creation. Not only is it pretty, it is utterly delicious and addicting! 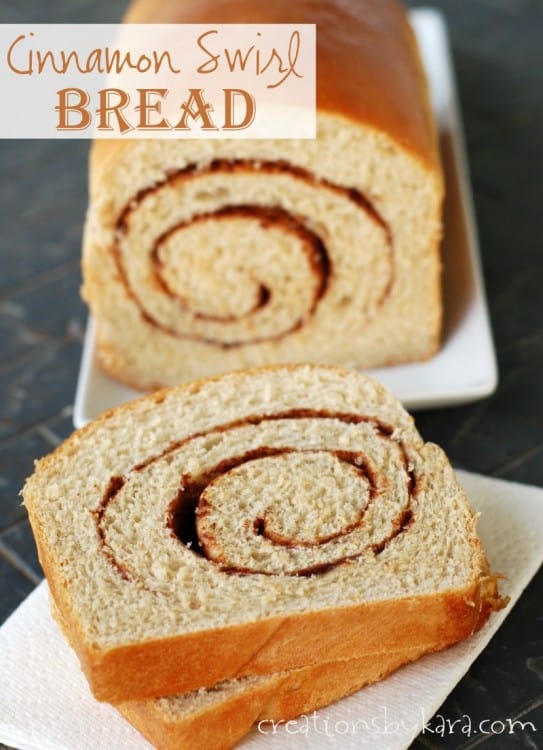 I love slicing into the loaf and seeing the pretty cinnamon swirl in the middle. 🙂 Our first loaf didn’t slice quite this pretty though. We couldn’t wait for it to cool, we ate it straight out of the oven! 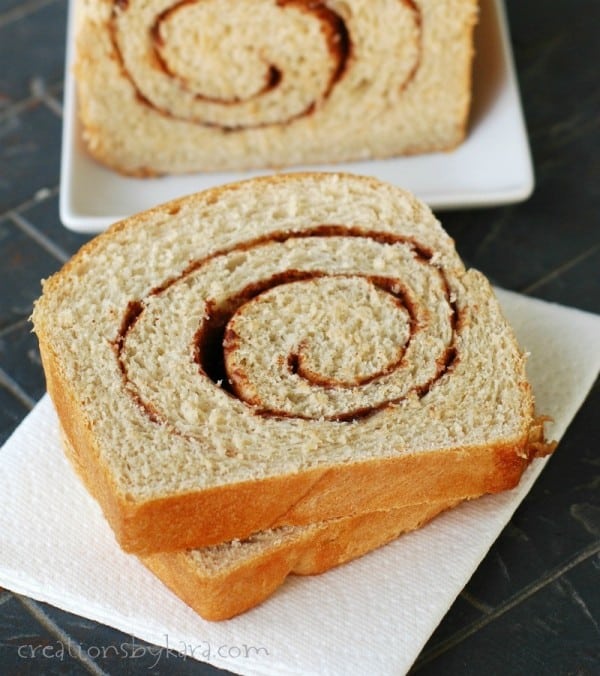 I loved how this bread tasted similar to a cinnamon roll, but wasn’t quite as sweet. Although maybe that’s a bad thing, because you end up eating more of it. 😉 Although, if you wanted to, you could drizzle some icing on top of the bread. Either way, this cinnamon swirl bread is sure to be a hit!

A few more cinnamon recipes you will enjoy:

If you prefer, you can replace the whole wheat flour with white flour.

-Recipe adapted from Mom on Timeout