This post may contain affiliate links, which gives me a small percentage of the sale, at no cost to you.
Home » Recipe Index » Bread: Yeast Bread » One Hour Cinnamon Rolls with Cream Cheese Frosting 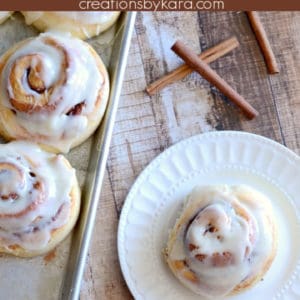 Quick Cinnamon Rolls . . . it’s true, you can have light and fluffy homemade cinnamon rolls in just an hour! If you love cinnamon rolls, this recipe is a game changer. 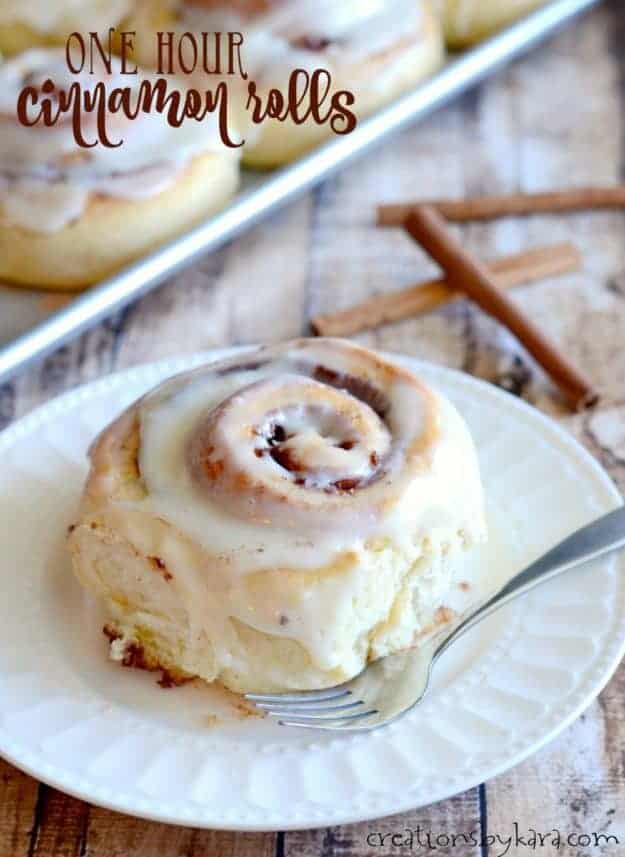 We are big fans of cinnamon rolls at my house, and my kids tell me that I don’t make them nearly often enough. Well, I think that with this new one hour cinnamon roll method, they will be making an appearance on our table more often! 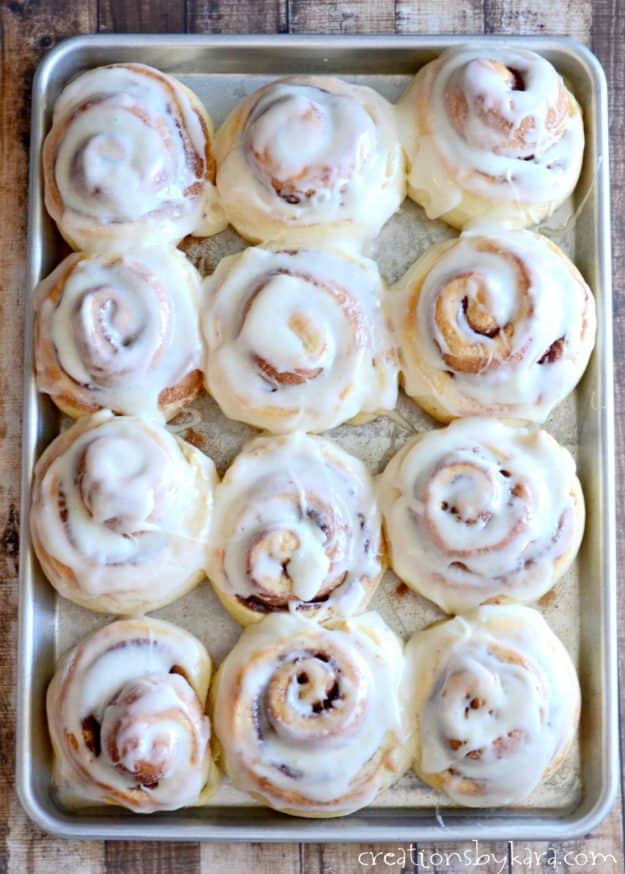 I’d seen recipes for one hour rolls online, but I was hesitant to try them because I thought they would either have the texture of hockey pucks, or have a yeasty taste.

Then I went to a class at Pinner’s Conference and watched my friend Leigh Anne make cinnamon rolls in an hour. I got to sample them. They blew my mind! I knew I had to make them at home. 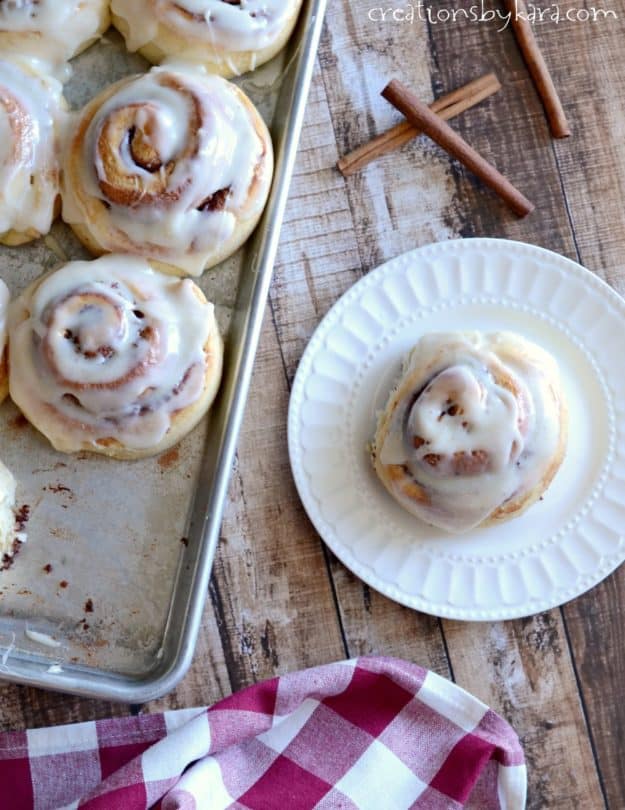 Guys, these cinnamon rolls really are amazing. So soft and fluffy, and just downright delicious. My family was in heaven, and they couldn’t believe they only took an hour to make.

Well technically, they took an hour and eight minutes. But that’s because I had to stop in the middle and hang up a permanent press load in the dryer. And I couldn’t find my cinnamon because someone had put it away in the wrong place.

So yes, you can actually have warm cinnamon rolls in your mouth in an hour. Sixty minutes people! 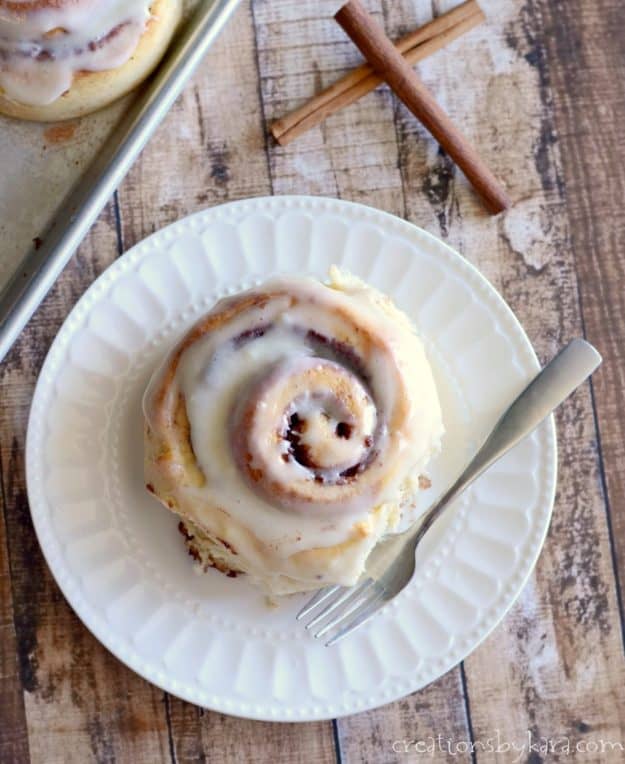 I tweaked the recipe a bit from Leigh Anne’s version. She used bread flour, but I don’t keep that on hand. So I added gluten to the dough. That adds the extra protein that is in bread flour. I also added more butter and cinnamon to the filling, because I like my cinnamon rolls plenty cinnamony.

How to make Quick Cinnamon Rolls in One Hour

Ingredients for these rolls:

You will make up a soft dough just like regular cinnamon rolls, but an extra boost of yeast makes these rolls rise faster. The dough rests for ten minutes, then you form cinnamon rolls and place them on a greased pan. They rise for about 20 minutes while the oven preheats.

Bake them for about 20 minutes, then slather them with cream cheese frosting. That’s it. If you’re a busy cook, this is the perfect cinnamon roll recipe.

Give them a try. I know you’ll love them! 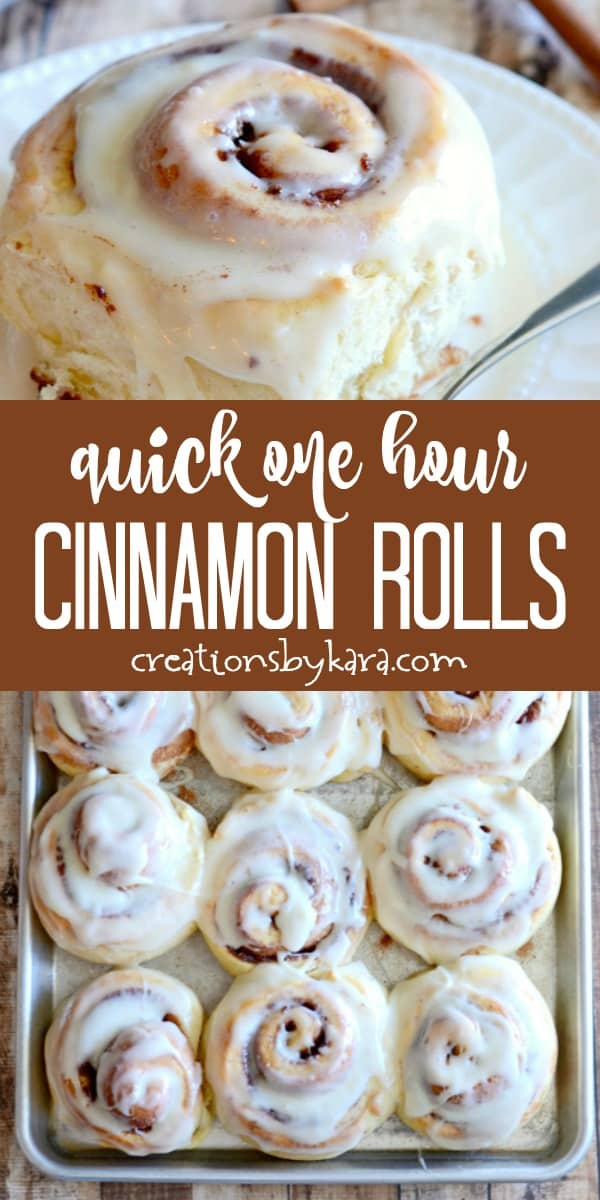 If you have bread flour, use it in place of the all purpose flour. Just omit the gluten.