This post may contain affiliate links, which gives me a small percentage of the sale, at no cost to you.
Home » Recipe Index » Keto Cheesecake Bites 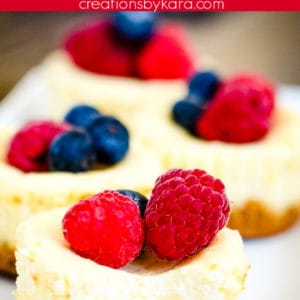 These New York style keto cheesecake bites are one of my favorite keto friendly desserts. The single serve cheesecakes just take minutes of prep, last well in the fridge, and taste simply divine!

This is actually one keto dessert that I have to hide from my family if I don’t want them to disappear. Even the pickiest of my kids give them a thumbs up. It’s hard to believe that they are low carb! 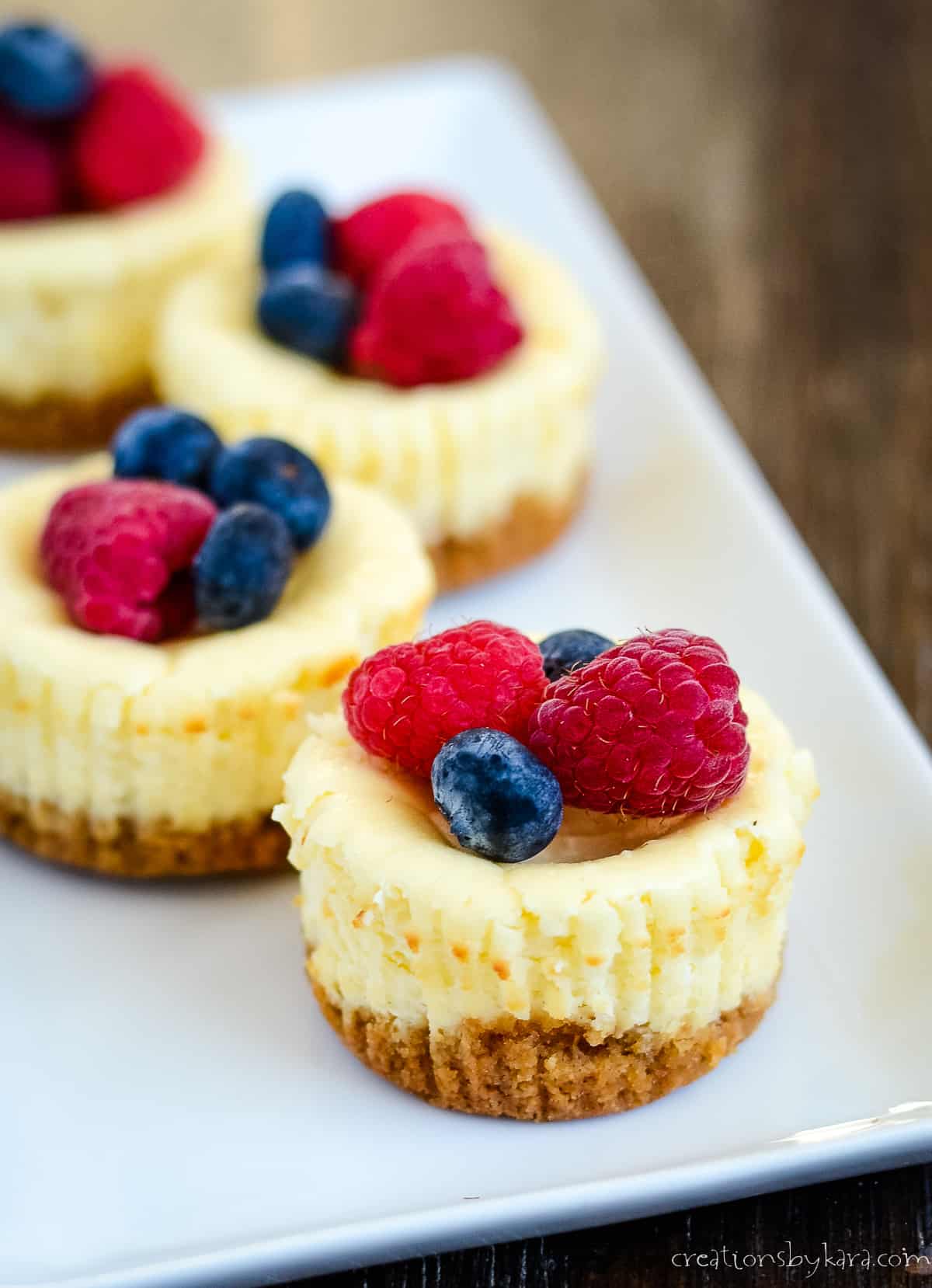 There is just something so fun about mini desserts, don’t you think? While I love a slice of traditional cheesecake, these little handheld cups are so much easier to store and serve.
You don’t even need a springform pan to make them, just a regular muffin pan and muffin liners. And I won’t judge if you skip a plate altogether – just eat them straight from the liner!
And of course if you want to serve them to a crowd, the recipe can easily be doubled. Trust me, everyone will love them, even if they aren’t on a low carb diet!

Although cheesecake is lower in sugar than a lot of other desserts, a slice of New York style cheesecake has 30-60 carbs, and that doesn’t include toppings.

Even a mini cheesecake can have 20-40 carbs. So not exactly keto friendly. But not to worry, I’ve got a recipe that will work on any keto diet!

How many carbs are in a keto cheesecake?

That totally depends on the recipe and the serving size. One of these keto mini cheesecakes has 2.8 net carbs. Adding fresh berries adds a few more carbs, but I think it’s totally worth it! 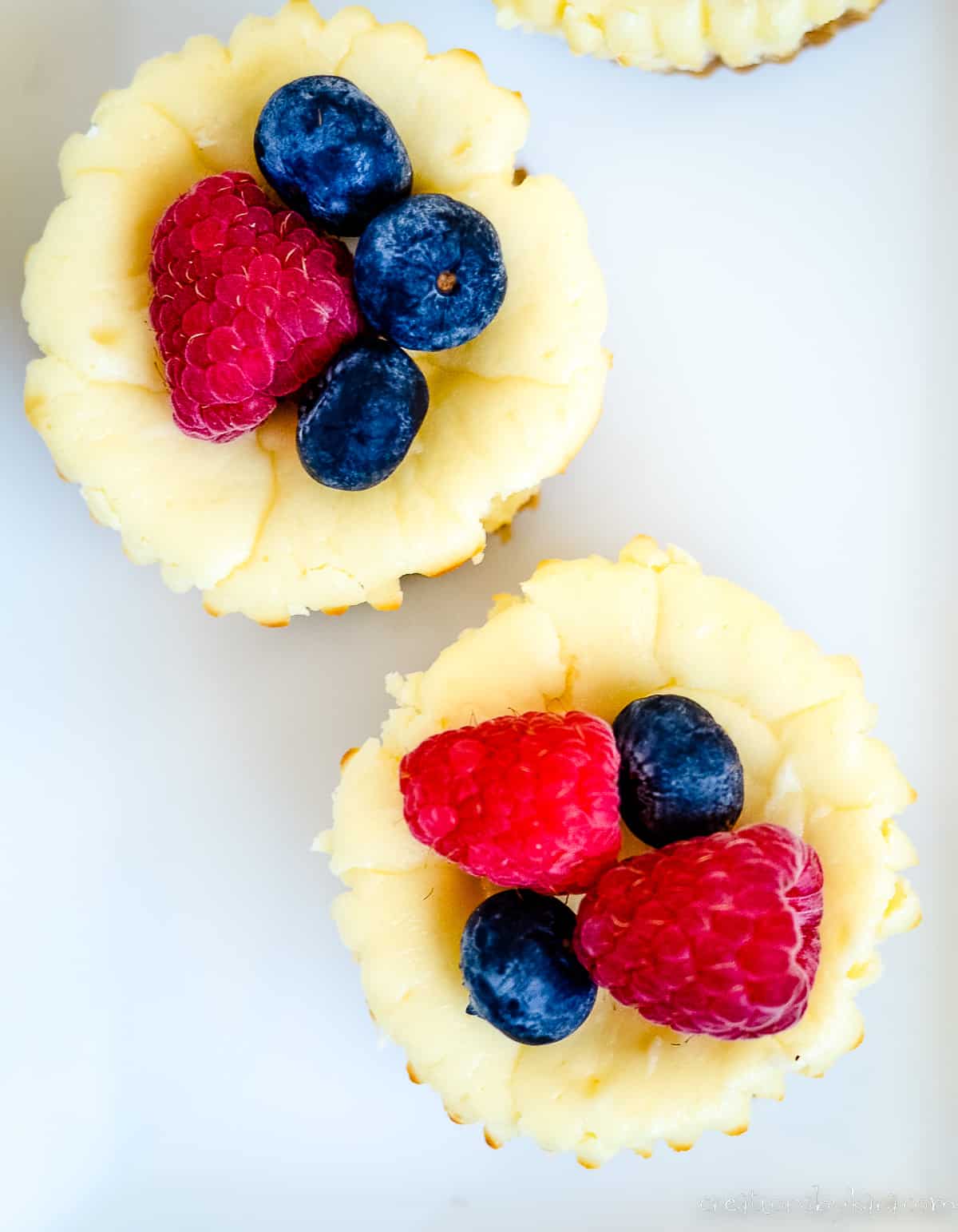 There are a few secrets to making the tastiest almond flour crust. First up is toasting the almond flour. It adds a deep rich flavor that makes it taste more like a traditional graham cracker crust.

It only takes a few minutes, but it really does make a big difference in the flavor!

Next up you want to add a pinch of salt and some cinnamon. Both add a punch of flavor.

And lastly, you want to use the perfect amount of melted butter. Too much and your crust is oily. Not enough and it’s dry. Just follow my recipe and tips and you’ll have the best keto cheesecake crust ever!

HOW TO MAKE KETO CHEESECAKE BITES 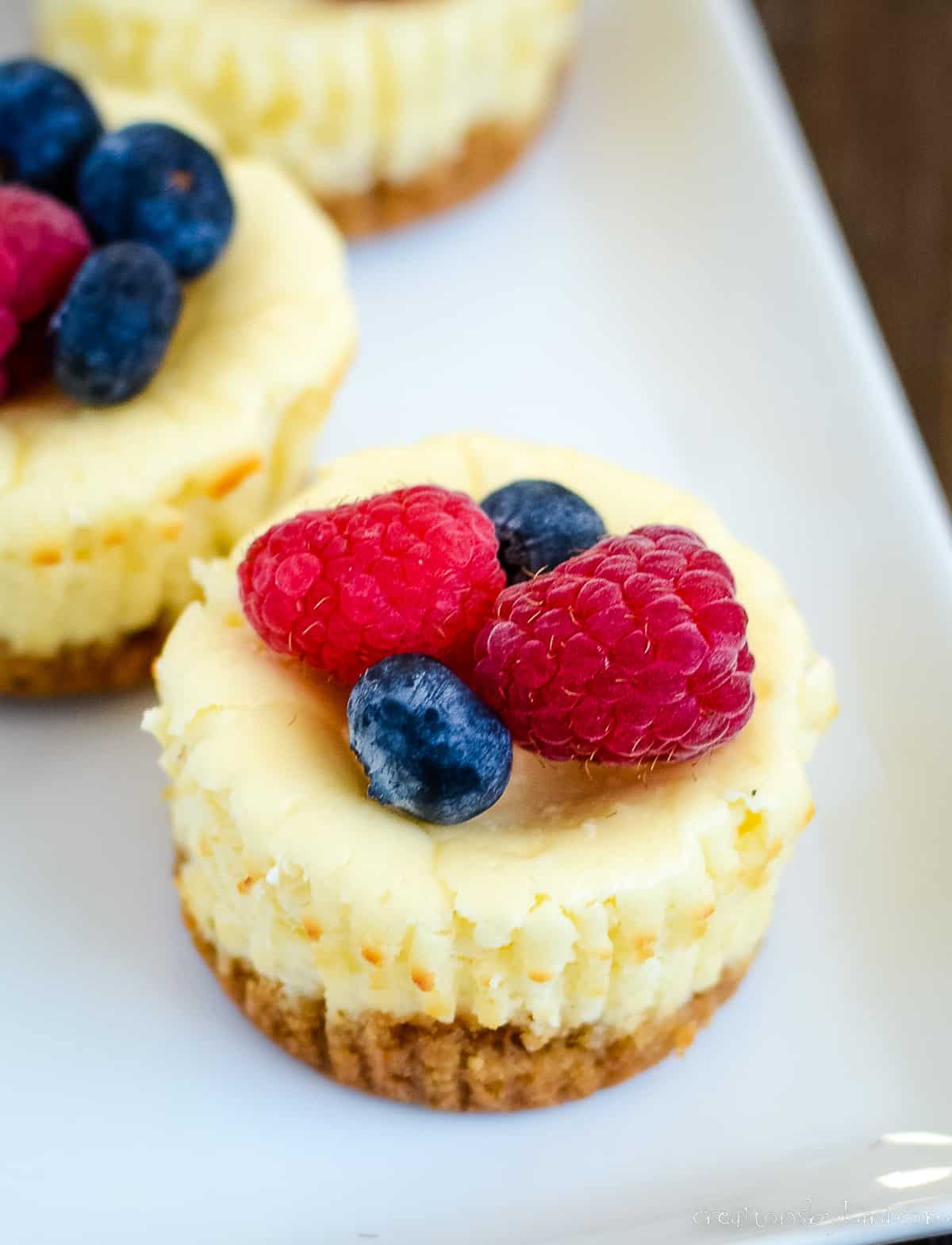 How to store leftover cheesecake?

Because of the cream cheese and sour cream, you need to store these cheesecakes in the refrigerator. They will last up to a week.

I haven’t personally frozen them yet, but I think they would be just fine for up to 3 months.

For best results, make sure your cream cheese and egg are at room temperature.

If you’ve ever asked “how do I satisfy my sweet tooth on keto?”, this recipe is for you! Smooth and creamy with a crunchy, buttery crust, this mini keto cheesecake is bound to become a new favorite.
Previous Post: « Bacon Cheeseburger Pie with Pie Crust
Next Post: 2023 Calendar Printable (with holidays) »