This post may contain affiliate links, which gives me a small percentage of the sale, at no cost to you.
Home » Recipe Index » Dessert: Frozen » Cinnamon Ice Cream Recipe
Cinnamon Ice Cream- Smooth, creamy, and packed with cinnamon flavor, this ice cream is great alone, topped with caramel sauce, or served with apple pie! 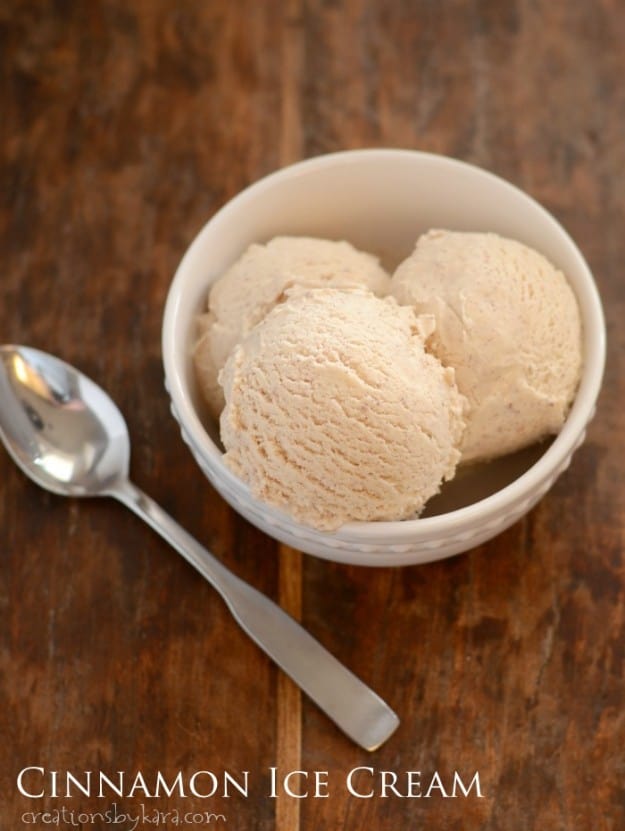 The weather man said that today was the warmest day we have had for a month. Temperatures reached a whopping 42°. When you hit a warm spell like that, there’s only one thing you can do. Make homemade ice cream of course! 😉 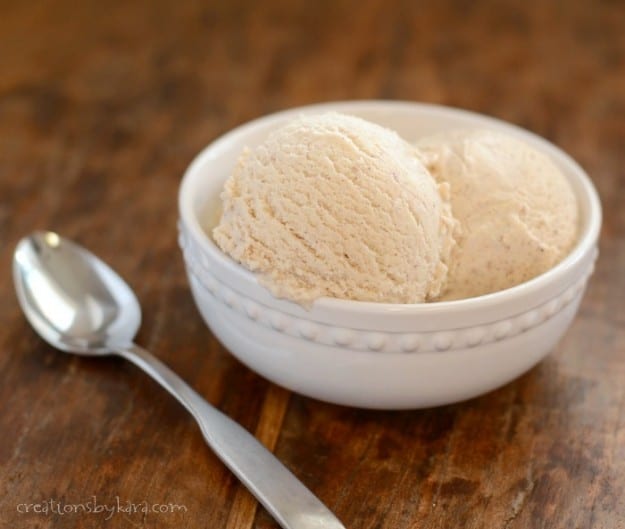 I’ve had this cinnamon ice cream recipe bookmarked for months, and I finally got around to trying it a couple weeks ago. It is simply delicious. I’m betting it would be fabulous with apple pie or apple crisp.

But we were out of apples because my boys finish them off faster than I can re-stock. I decided to try making ice cream sandwiches with oatmeal cookies. Oh my. The result was fantastic!! 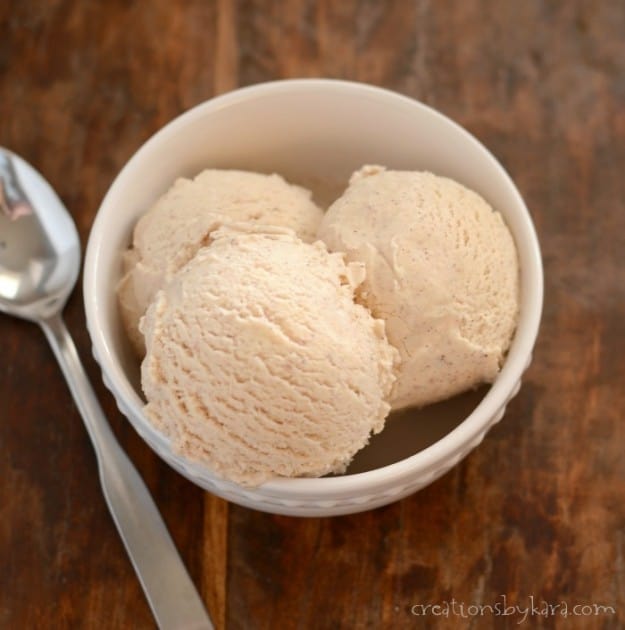 The next day we only had one cookie left. So while my kids were at school, I topped it with a scoop of cinnamon ice cream and drizzled it with some caramel topping I had in the fridge. It was divine. And evil.

Wait, can something be divine and evil at the same time? I’m not sure. All I know is that it was dang yummy. I felt a little guilty for not letting the rest of my family in on it. But then I got over it.

How to make Cinnamon Ice Cream

Whisk together all ingredients in a mixing bowl. Cover and chill for 1-2 hours or till very cold. Freeze in an ice cream maker according to manufacturer’s instructions. Place in an airtight container and freeze for 2-3 hours to harden.

This is the ice cream maker I use. It is awesome!!