This post may contain affiliate links, which gives me a small percentage of the sale, at no cost to you.
Home » Recipe Index » Bread: Yeast Bread » Best Cinnamon Rolls with Cream Cheese Frosting 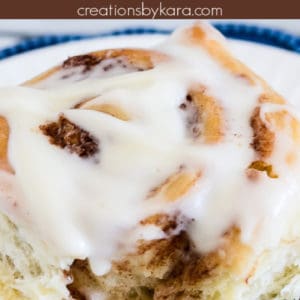 I’ve been making cinnamon rolls from scratch for decades, and after dozens of batches, I finally came up with what we consider the BEST CINNAMON ROLLS of all time!

Soft and fluffy, with an ooey gooey cinnamon filling, and amazing cream cheese frosting, after trying this recipe you will never need to spend money on cinnabon cinnamon rolls ever again! 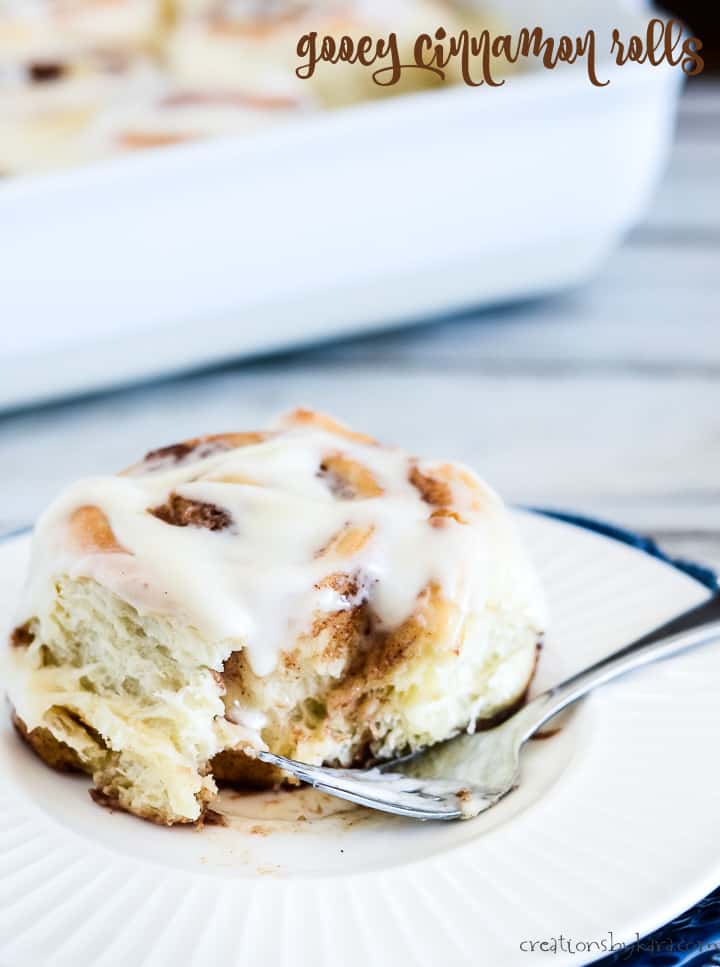 Is there anything quite as enticing as a warm cinnamon roll? I think they are the ultimate comfort food! We like these best served warm with a glass of cold milk. Of course you could also serve them with hot chocolate or coffee.
My mom taught me how to make cinnamon rolls when I was about twelve years old, and I’ve been making them ever since. I have tried so many variations! I’ve made some with oil instead of butter, I’ve used all white sugar and all brown sugar in the filling. I’ve made some with water, some with evaporated milk, some with nutmeg and vanilla in the dough.
I’ve also experimented with frosting flavors. I’ve tried some with maple flavoring in the frosting, some with almond extract. Truth be told, every single batch has been delicious, and friends and family have raved over them.
Last year I was making cinnamon rolls at my mom’s house, and as I was making the filling, she said “Grandma used to put a little cream in her filling, let’s try that.” So I added about a tablespoon of cream. The result – the most ooey gooey cinnamon rolls ever!

WHY THESE ARE THE BEST HOMEMADE CINNAMON ROLLS

If you think you can’t make cinnamon rolls from scratch, I’m here to tell you that you absolutely can! They may not turn out beautifully the very first time, but if you follow the instructions carefully, they will taste incredible.
After practicing a few times, you will be churning out rolls that are just as pretty as the ones at the bakery.

HOW TO MAKE HOMEMADE CINNAMON ROLLS

HOW TO STORE CINNAMON ROLLS

If you happen to have any leftover rolls, cover them tightly with plastic wrap in the pan. They will last for 2-3 days at room temperature. We like to reheat them in the microwave for 10-15 seconds before serving. 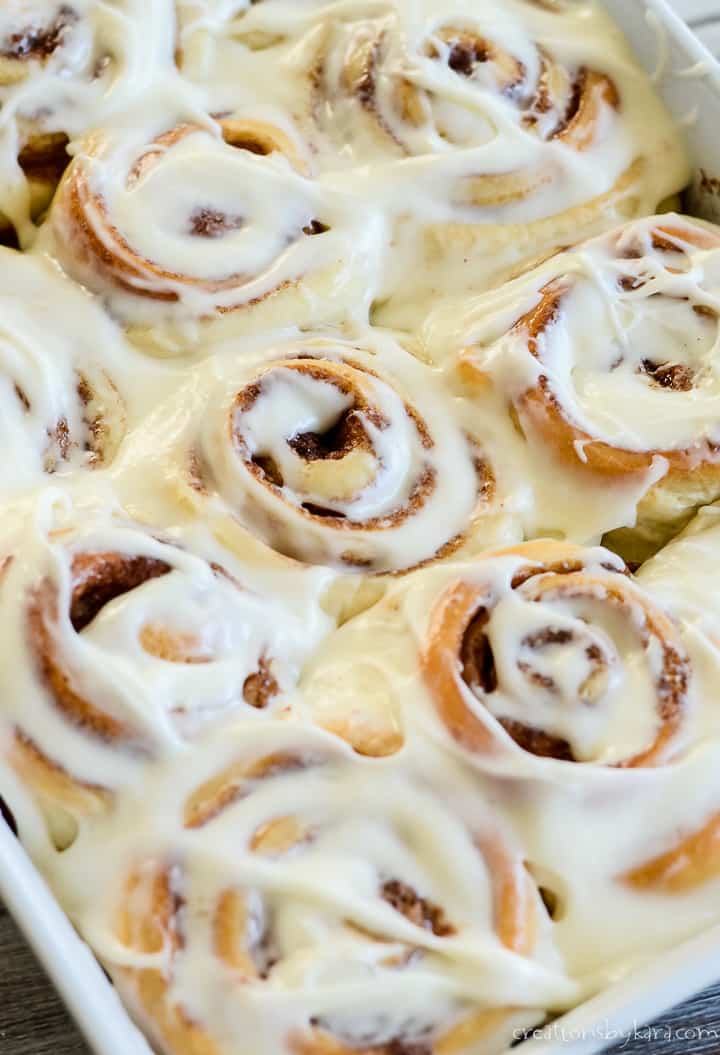 Can I make the cinnamon roll dough in a stand mixer?

Yes, of course! These work great in a Kitchenaid mixer. Unless you are doubling the recipe, I found that my Bosch was overkill and actually had a hard time mixing up such a small amount of dough.

What temperature should the milk be for yeast cinnamon rolls?

As for all bread recipes that use yeast, the water or milk should be between 105° – 112° fahrenheit. It should be warm to the touch, but not hot. It’s best to err on the side of too cool, as hot (above 120°) can kill your yeast.

Can I use regular instead of instant yeast?

Absolutely. Just make sure the yeast is fully dissolved in the warm milk mixture before adding the other ingredients. Instant yeast doesn’t need to be dissolved.

Can I make these cinnamon rolls dairy free?

Yes, just use water or another milk substitute instead of the milk, and replace the butter with vegetable oil. They won’t be as spectacular, but they will still be tasty. You will of course not be able to use the cream cheese frosting, and that will be the biggest difference. 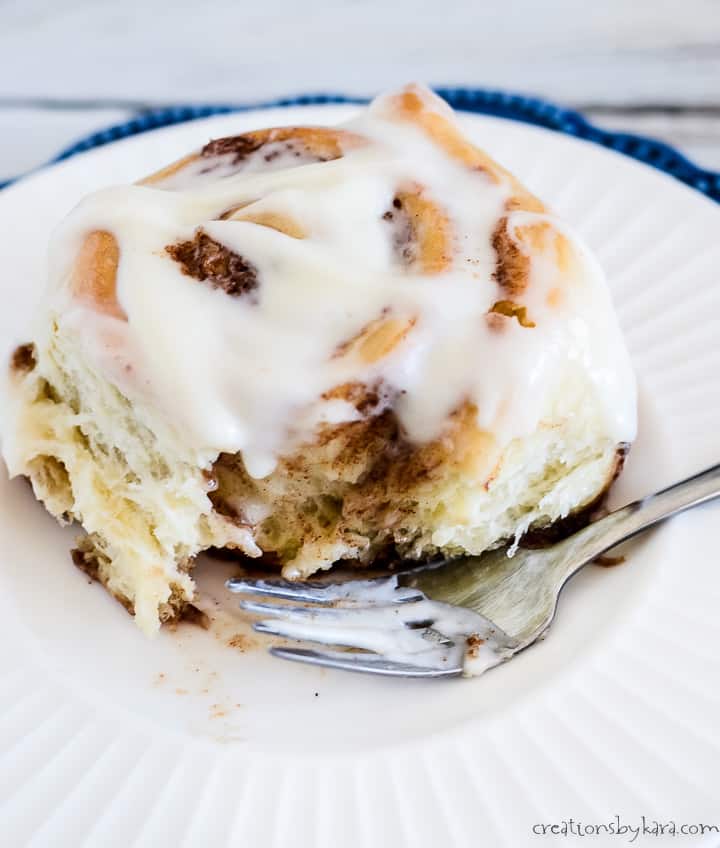 What are you waiting for? Pull out your ingredients and whip up a batch of the best ever cinnamon rolls!