This post may contain affiliate links, which gives me a small percentage of the sale, at no cost to you.
You are here: Home / Recipe Index / Dessert: Cookies / Snickerdoodles {Cookie Recipe}

There are a few cookie recipes that we make over and over at our house. Chocolate chip, peanut butter, chocolate mint, and snickerdoodles. I was stunned to look in my archives and see that I have never posted a recipe for Snickerdoodles. What the? How did that happen? I blame mom brain. 😉 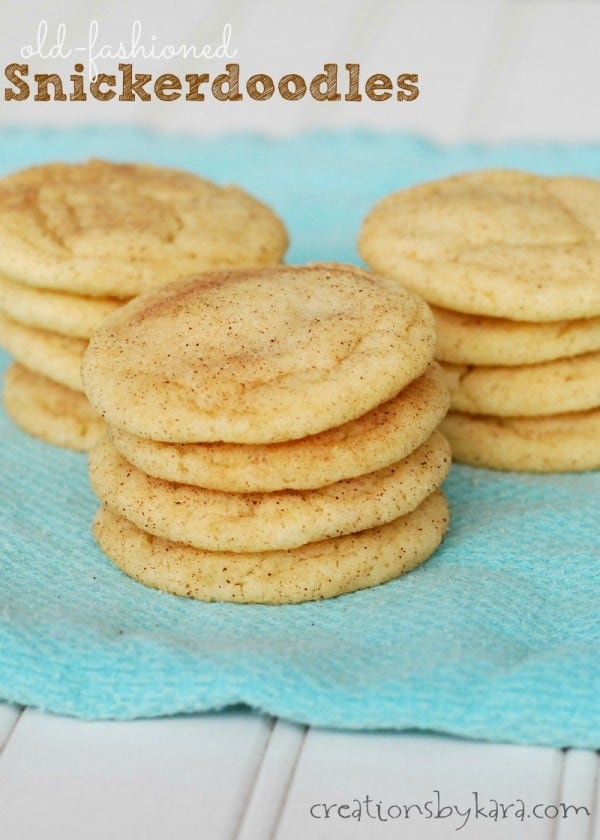 Snickerdoodles are basically a sugar cookie rolled in yummy cinnamon sugar goodness. With one exception–the addition of cream of tartar. It acts as a leavening, but it also gives them the signature tang that makes snickerdoodles, well, snickerdoodles. So don’t try leaving it out or subbing in another ingredient like baking powder. Your cookies will no longer be Snickerdoodles, they’ll just be cinnamon sugar cookies. Which is totally fine, just don’t be calling them something they’re not or I’ll have too send the cookie police to your house to confiscate them. (If they happen to look exactly  like my profile picture, it is purely coincidence.) 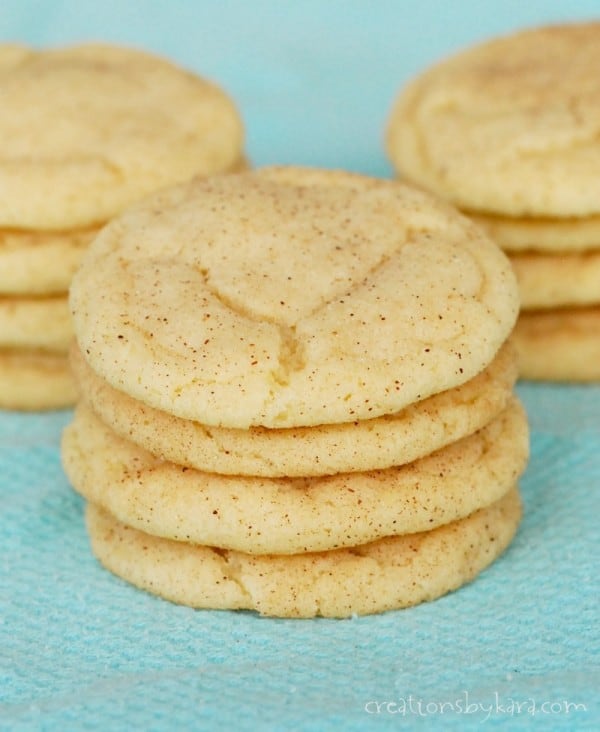 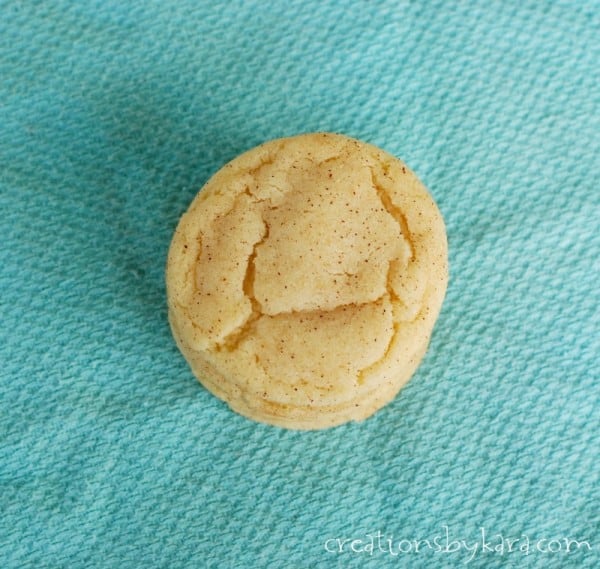 1 cup butter or margarine, softened (They are best half butter, half margarine)
1 1/2 cups sugar
2 large eggs
3 1/4 cups flour
2 tsp cream of tartar
1 tsp baking soda
1/4 tsp salt
1/4 cup sugar + 1 Tbsp cinnamon
Cream butter and sugar till light and fluffy, about 3 minutes. Beat in eggs till well combined. Combine flour, cream of tartar, soda, and salt. Stir into butter mixture till dough is well combined. Mix together cinnamon and sugar in a small bowl. Roll dought  into balls and roll in the cinnamon/sugar mixture. Place on lightly greased baking sheets about 2″ apart. Bake at 375° for about 10 minutes. Let cool for a couple of minutes on the pan before removing to cooling racks.