This post may contain affiliate links, which gives me a small percentage of the sale, at no cost to you.
You are here: Home / Recipe Index / Dessert: Cookies / Double Cinnamon Snickerdoodle Cookies

Double Cinnamon Snickerdoodle Cookies- Your favorite snickerdoodles, made even better with the addition of cinnamon chips. You will love them!

One of my favorite things about fall is that I feel like I can start baking again. When it’s 90°+ outside, I don’t like heating up the oven. But once the temperature starts dropping, I dig out the cookbooks and look for new goodies to try. I like cooking alright, but I LOVE baking! Cinnamon is one of those flavors that just says fall to me. Not only does it taste yummy, but boy does it make the house smell good. 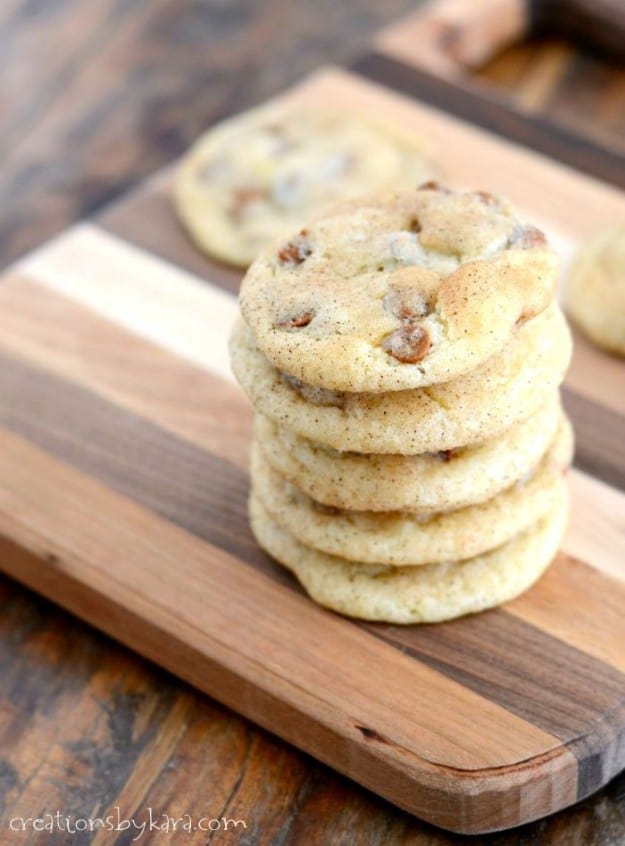 These cookies are similar to Snickerdoodles. Actually, think of them as Snickerdoodles on steroids. Not only do they have that crunchy cinnamon sugar coating on the outside, but they are loaded with cinnamon chips for an extra blast of cinnamony goodness. So stinkin’ yummy served barely warm with a glass of cold milk. 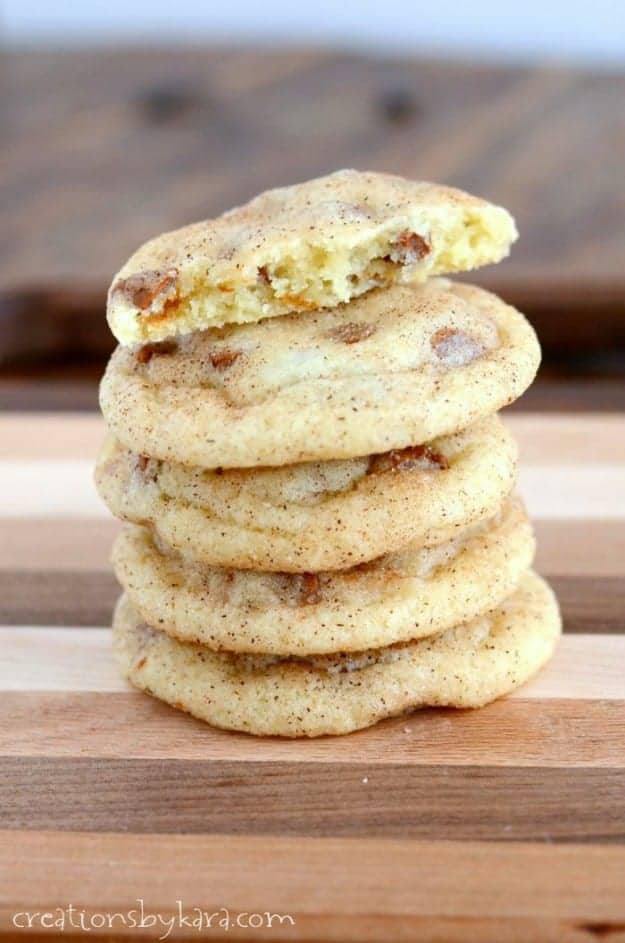 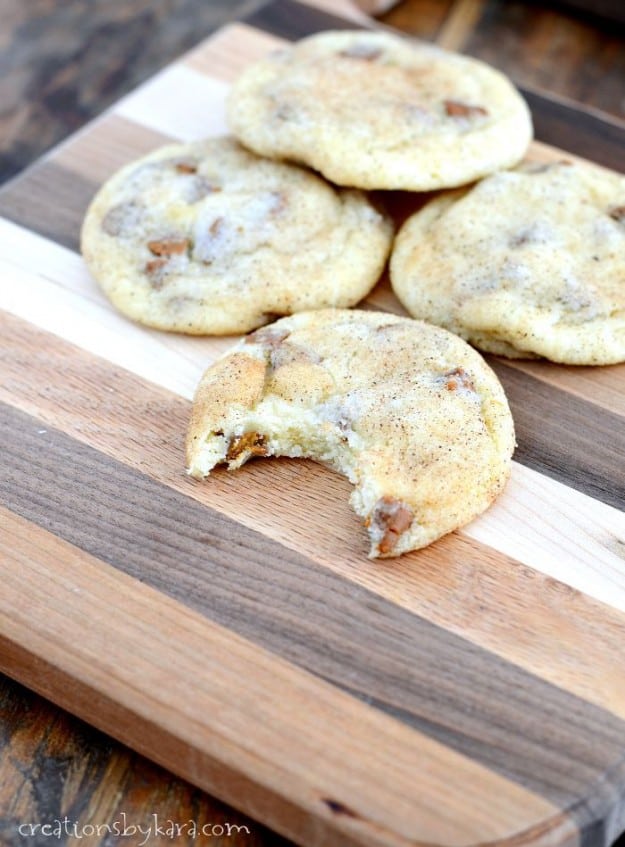 Ah yes, bring on the fall! Of course, these really are too good to be saved only for fall, so feel free to make them anytime. 🙂

Beat butter and sugar for 2 minutes. Beat in eggs, vanilla, and lemon juice. Combine dry ingredients and stir in with the cinnamon chips. Mix together lightly. Roll dough in balls, then roll in cinnamon sugar mixture.

Place on lightly greased or silpat lined cookie sheets. Bake at 350° for about 10 minutes.

-Yes, they can be made with either all butter or all margarine, but they really are best with some of each. Trust me. 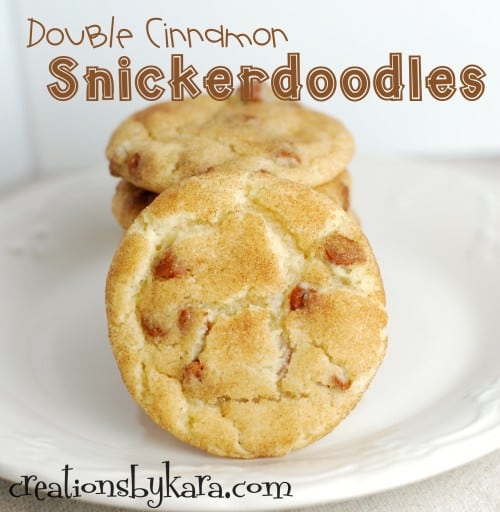