This post may contain affiliate links, which gives me a small percentage of the sale, at no cost to you.
Home » Recipe Index » Bread- Muffins and Scones » Fluffy Cinnamon Sugar Muffins 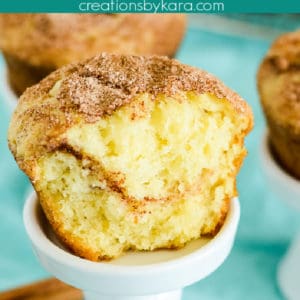 With a cinnamon swirl in the middle, and more cinnamon sugar on top, these soft and fluffy Cinnamon Muffins will have everyone begging for more. They are a tasty breakfast or brunch treat, but they are also perfect for snacking!

Sour cream makes these muffins extra moist and soft, and it only takes a few minutes to whip them up. Your family will come running when they smell the amazing cinnamon aroma coming from your oven! 🙂 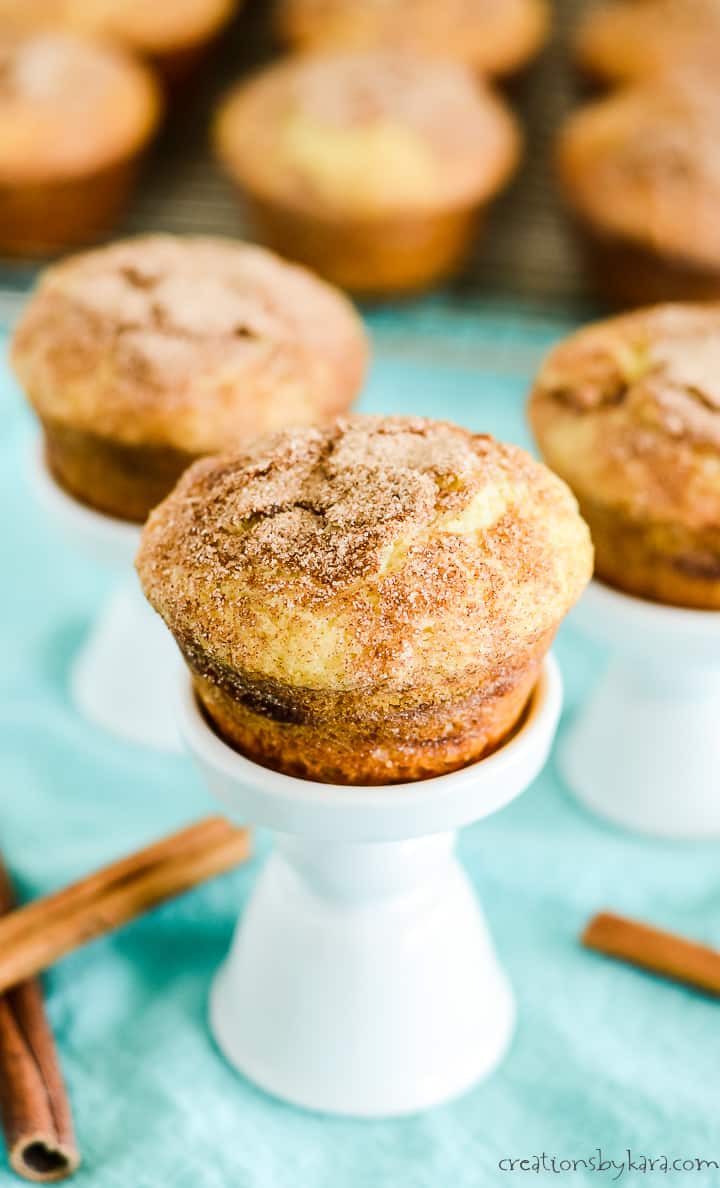 I’ve mentioned it before, but I kind of have a thing for muffins. I mean really, what’s not to love about a yummy warm muffin (or two) to start off your day?

I usually make muffins filled with fruit, nuts, or veggies just so I can pack in as much nutrition as possible. But my boys like plain muffins with no frills, so occasionally I’ll branch out.

These fluffy cinnamon swirl muffins totally satisfied them, and I loved them too! I mean who can resist a muffin topped with cinnamon sugar? 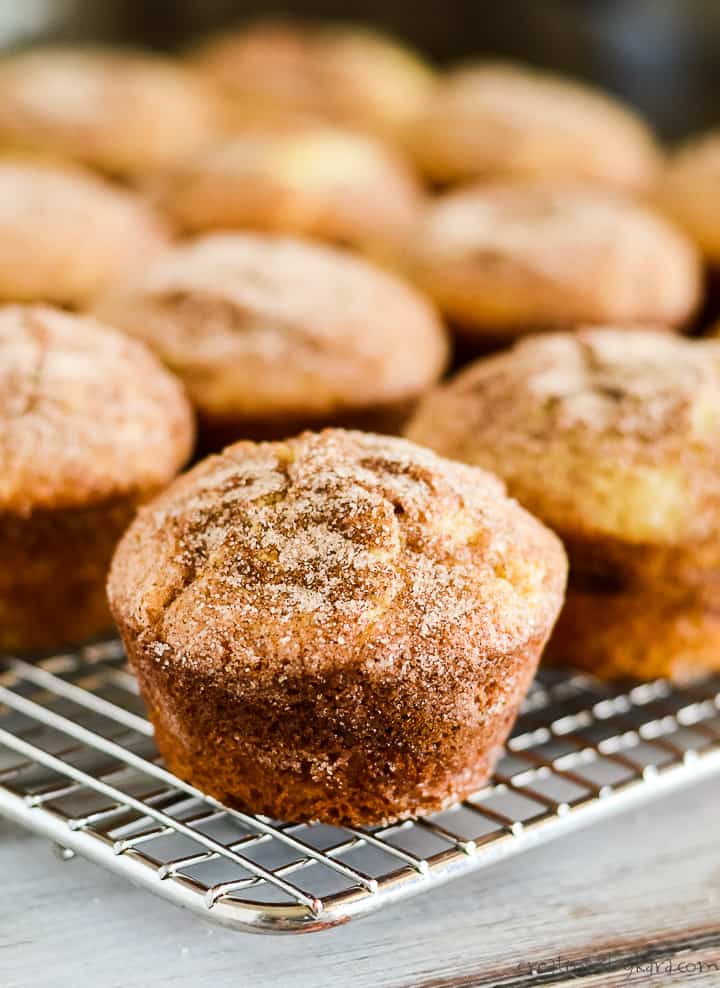 Cinnamon swirl muffins are tender and moist, and I love the layer of cinnamon sugar in the middle. It kind of melts into the muffin, and it is oh so yummy!

They are also super easy to throw together, and that is always a bonus!

HOW TO MAKE CINNAMON MUFFINS 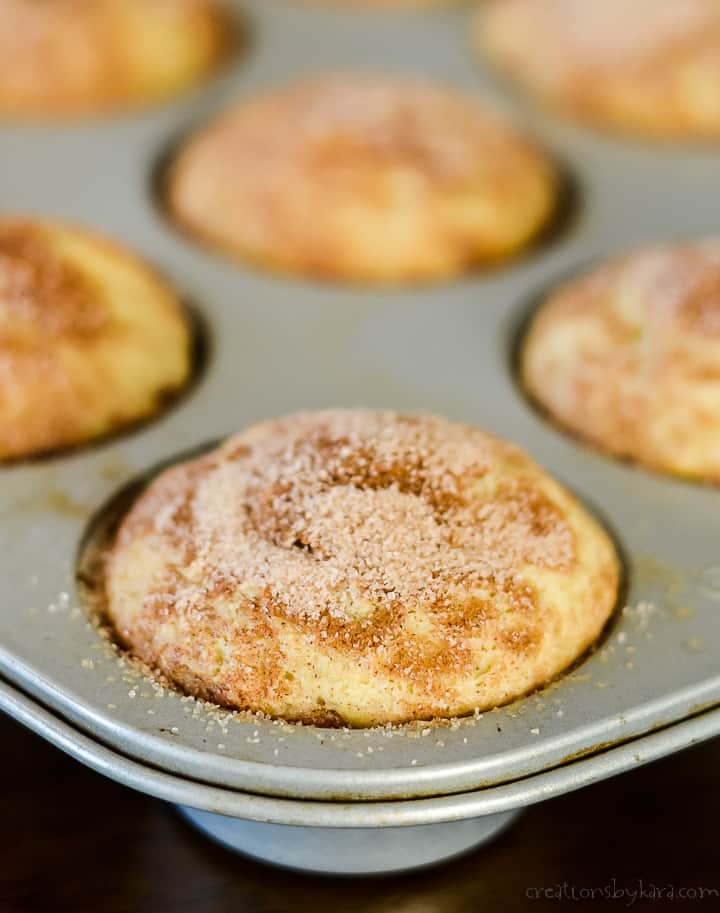 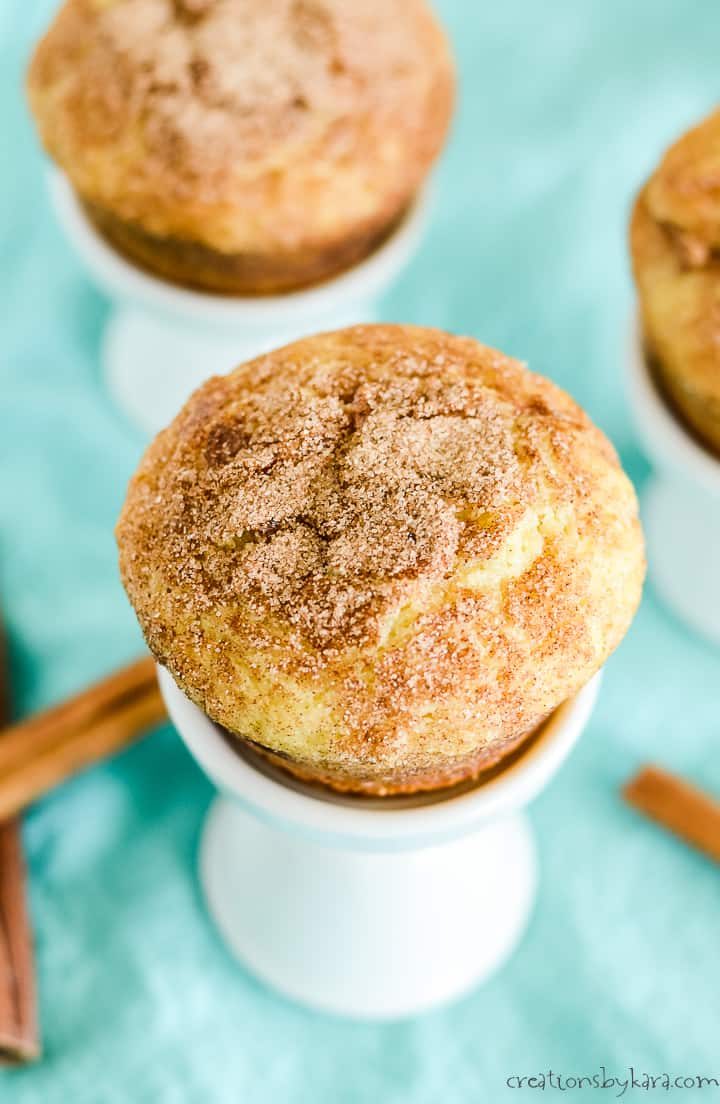 Leftover muffins will store just fine at room temperature for 4-5 days if stored in an airtight container. You can also freeze them.

I like to freeze my my muffins in heavy duty ziplock freezer bags. That way as they get eaten, you can squeeze out the extra air. They will last 3-4 months in the freezer.

When you are ready to serve them, you can either let them thaw at room temperature, or heat them in the microwave for a few seconds.

How can I make my muffins light and fluffy? Make sure you don’t overmix the batter. When you stir the wet and dry ingredients together, use a light touch. Stirring too much activates the gluten, which will make your muffins tough.

You also want to make sure that your baking powder is fresh. To test it, just spoon a bit into a small amount of water. If it fizzes, it’s good!

How do you make your muffins moist? This recipe for easy cinnamon muffins calls for both sour cream and canola oil. Both of these ingredients keep baked goods nice and moist. 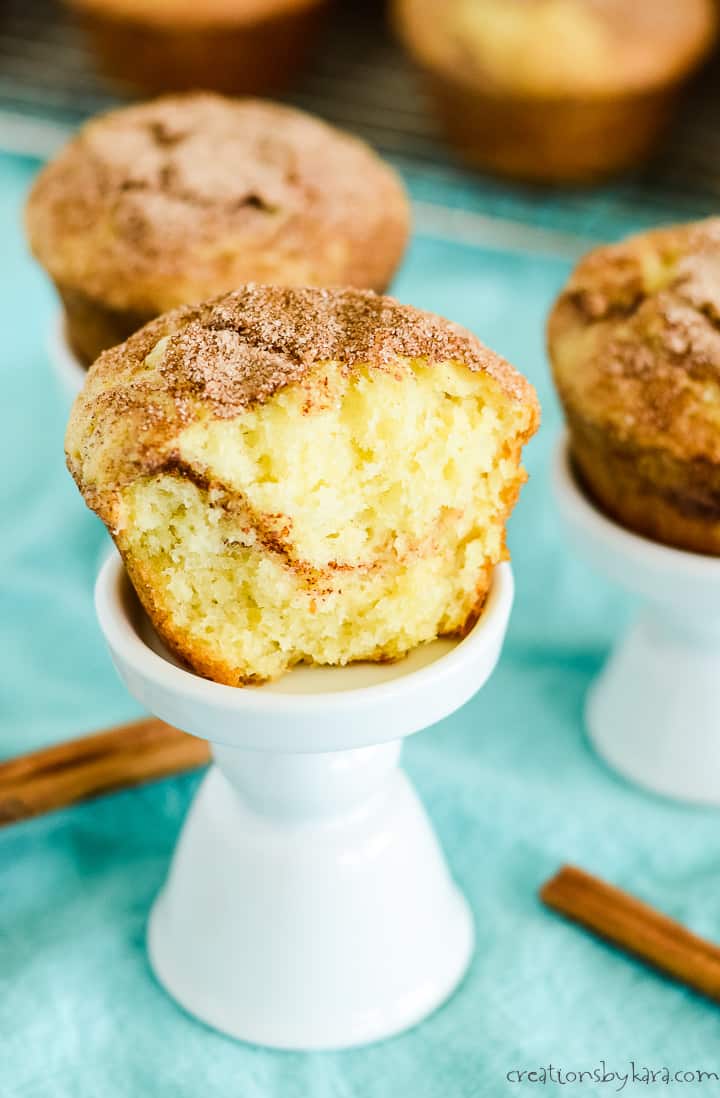 If you like cinnamon, you’ll love these recipes as well!

These cinnamon sugar muffins smell heavenly as they are baking, and your family will be asking  “When are they going to be done?” They are sure to be a hit with everyone who tastes them!