This post may contain affiliate links, which gives me a small percentage of the sale, at no cost to you.
Home » Recipe Index » Soups » Easiest New England Clam Chowder 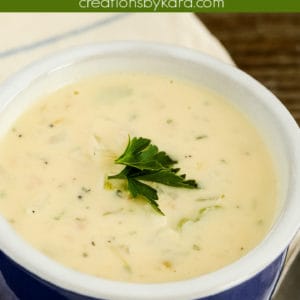 Homemade clam chowder with chunks of potato, celery, and clams in a creamy base is one of the best comfort foods in the world! This version is extra easy, relying on canned clams so you can enjoy it wherever you live!

I got this New England clam chowder recipe from my mom, who got it from my grandma, who happened to be a great cook. I have made a few minor changes to it, but it is basically the same delicious clam chowder I grew up with.

It’s been a favorite family recipe for decades. My kids like this chowder so much that they often request it for their birthdays.  It is so, so good! 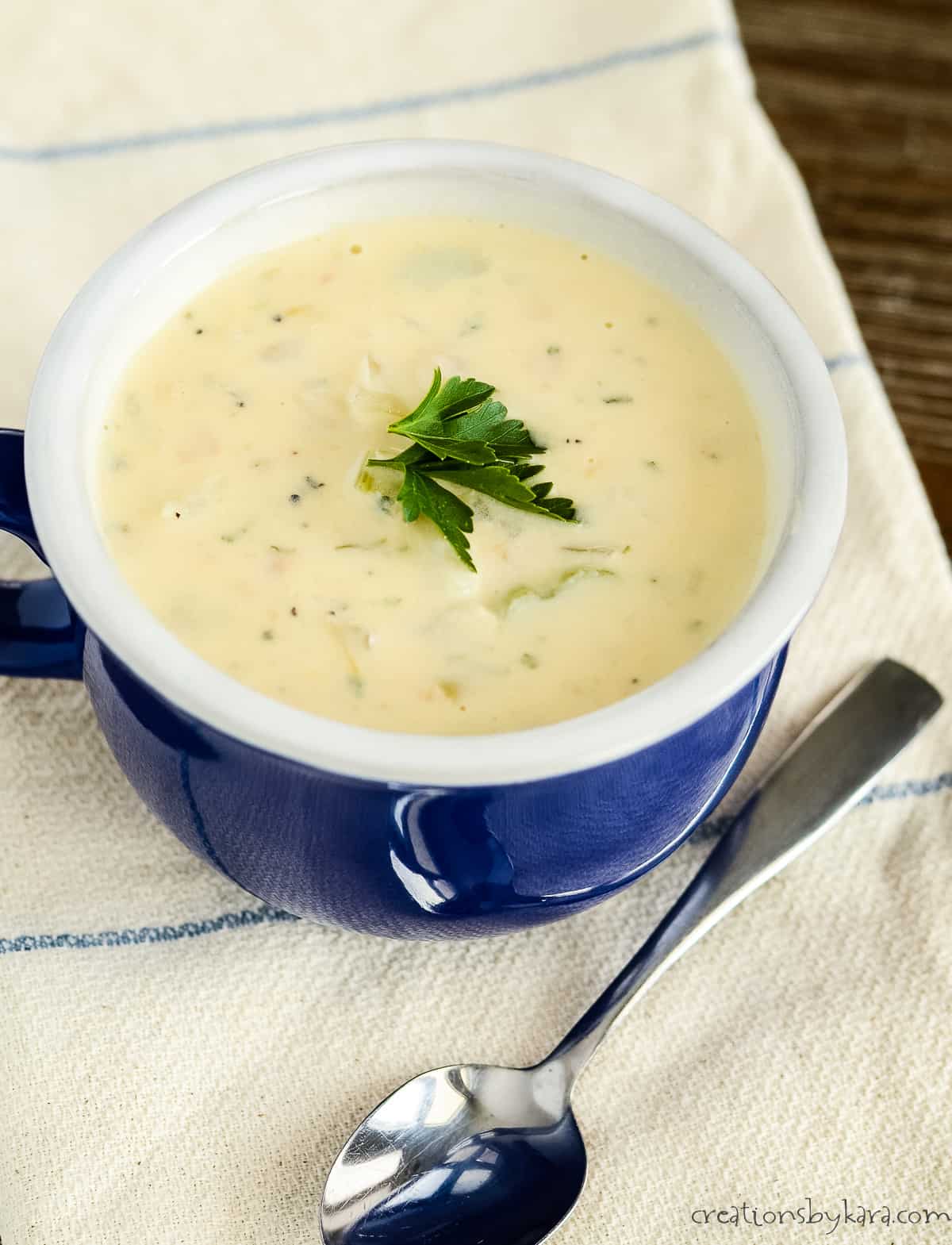 What’s the difference between Boston and New England clam chowder?

Since Boston is part of New England, they are the same soup, just with a different name. Both are milky white in color, have a creamy base, and are filled with potatoes, clams, celery, and other ingredients. You can find dozens of different recipes!

Manhattan clam chowder on the other hand, is tomato based with a clear broth, and has a much different flavor.

That’s a matter of personal preference. Authentic clam chowder is typically not thickened, just relying on starch from the potatoes and cream for consistency. But the best clam chowder recipe is going to be the one that you adapt to your taste!

This recipe calls for cream of celery soup, which is not a typical ingredient, but it is an easy way to add both flavor and thickness to the chowder. My family likes a thicker chowder, so I also like to mash some of the potatoes a bit before serving.

Do I have to use the cream of celery soup?

It’s a great time saver, but if you are opposed to using canned “cream of” soups, you can omit it. Just add another stalk of celery, more seasonings, and a bit more cream. You may also want to thicken the soup by using cream cheese, making a roux with flour, or a slurry of cornstarch and water.
Although I’m not a fan of canned soup either, I’ve tried this recipe without it, and it just wasn’t as good. Grandma knew what she was doing! 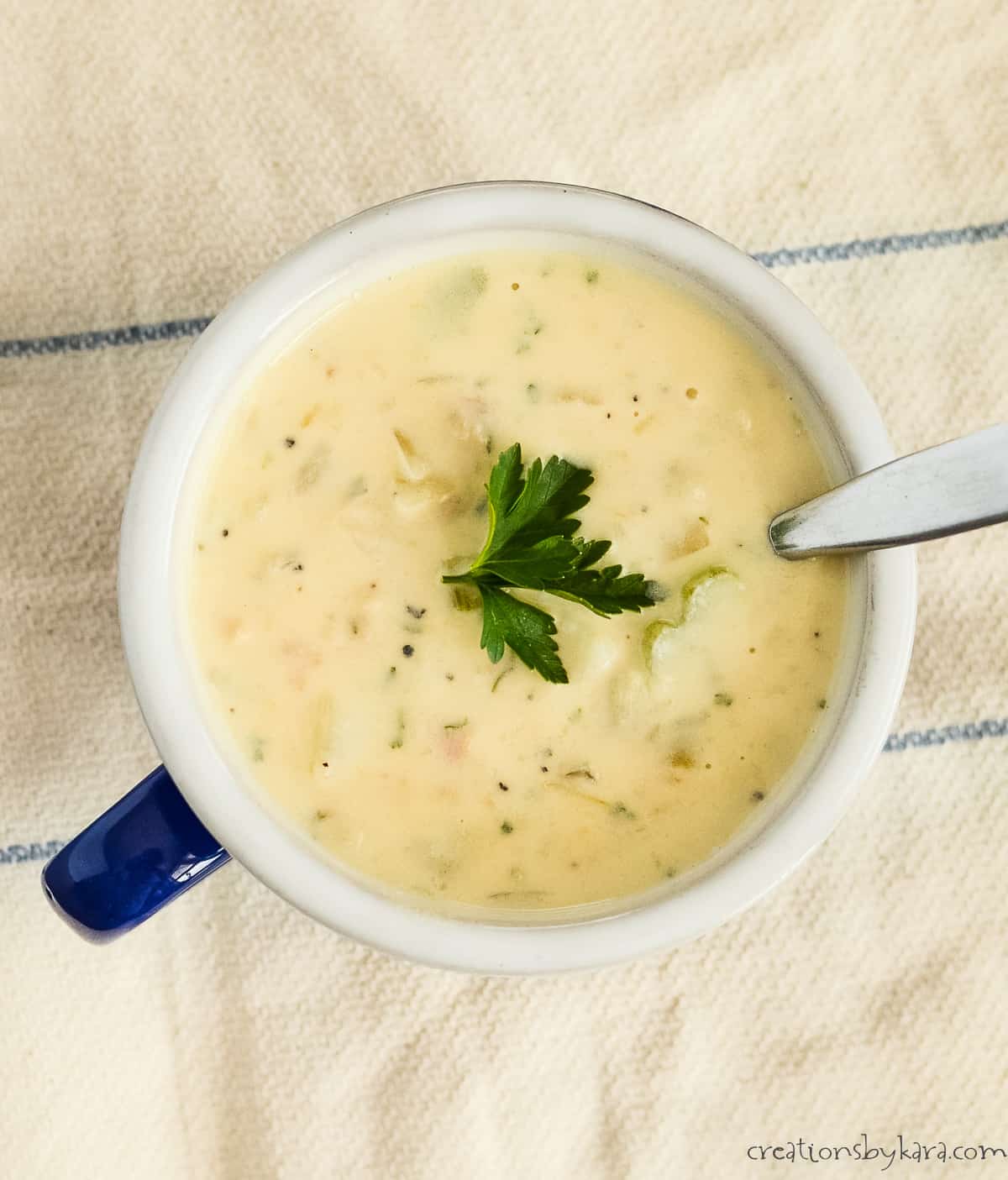 HOW TO MAKE CLAM CHOWDER (The easy way!)

Fortunately, most soup actually tastes better the next day! After it cools slightly, transfer it to an airtight container and it will last for 3-5 days.
You can either heat all of the soup up in a saucepan or pot over medium heat, or you can heat individual bowls in the microwave for a minute or two, stirring halfway through.
I don’t recommend freezing cream based soups. They tend to curdle as they thaw. In addition, the vegetables, especially the potatoes, tend to get mushy. 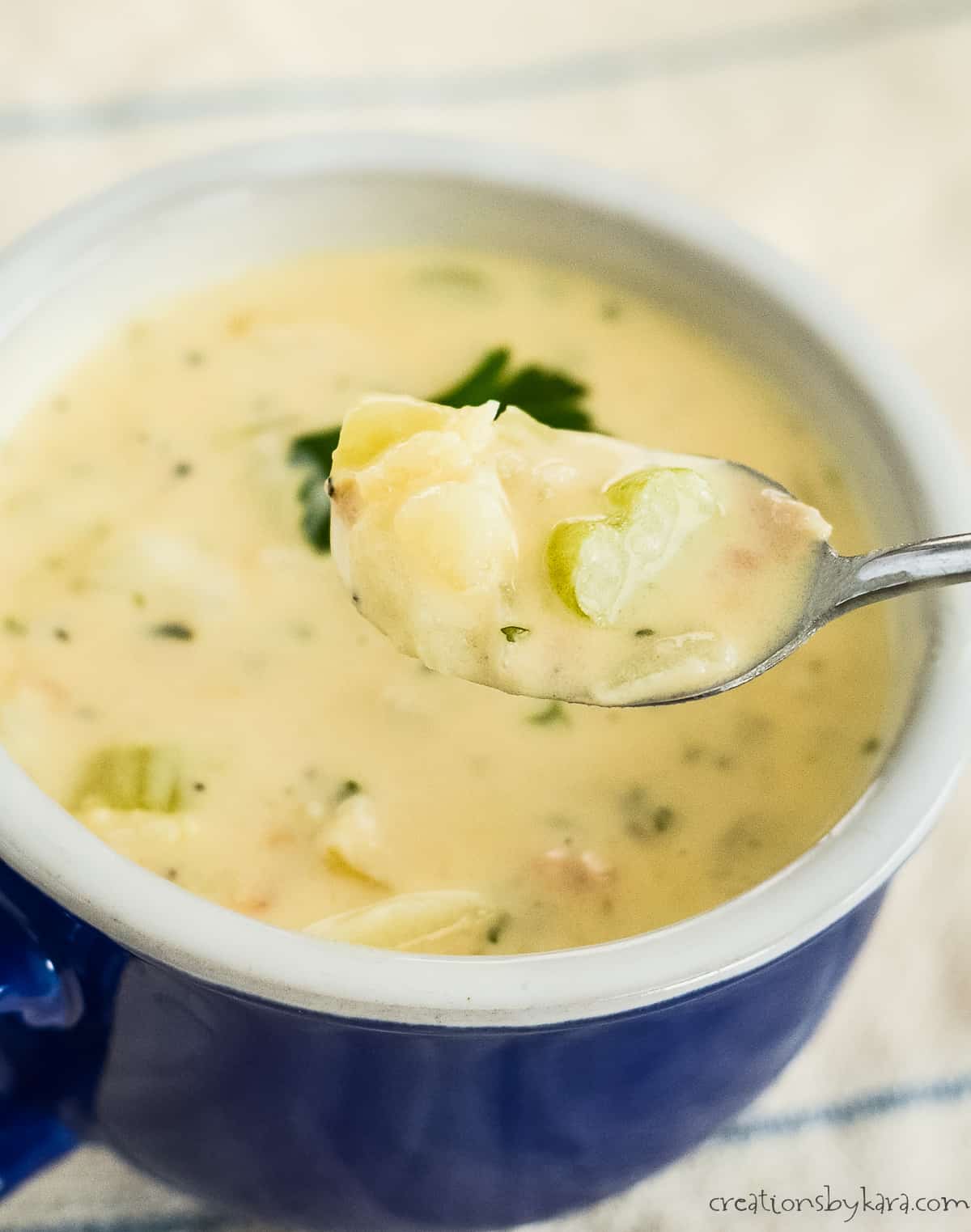 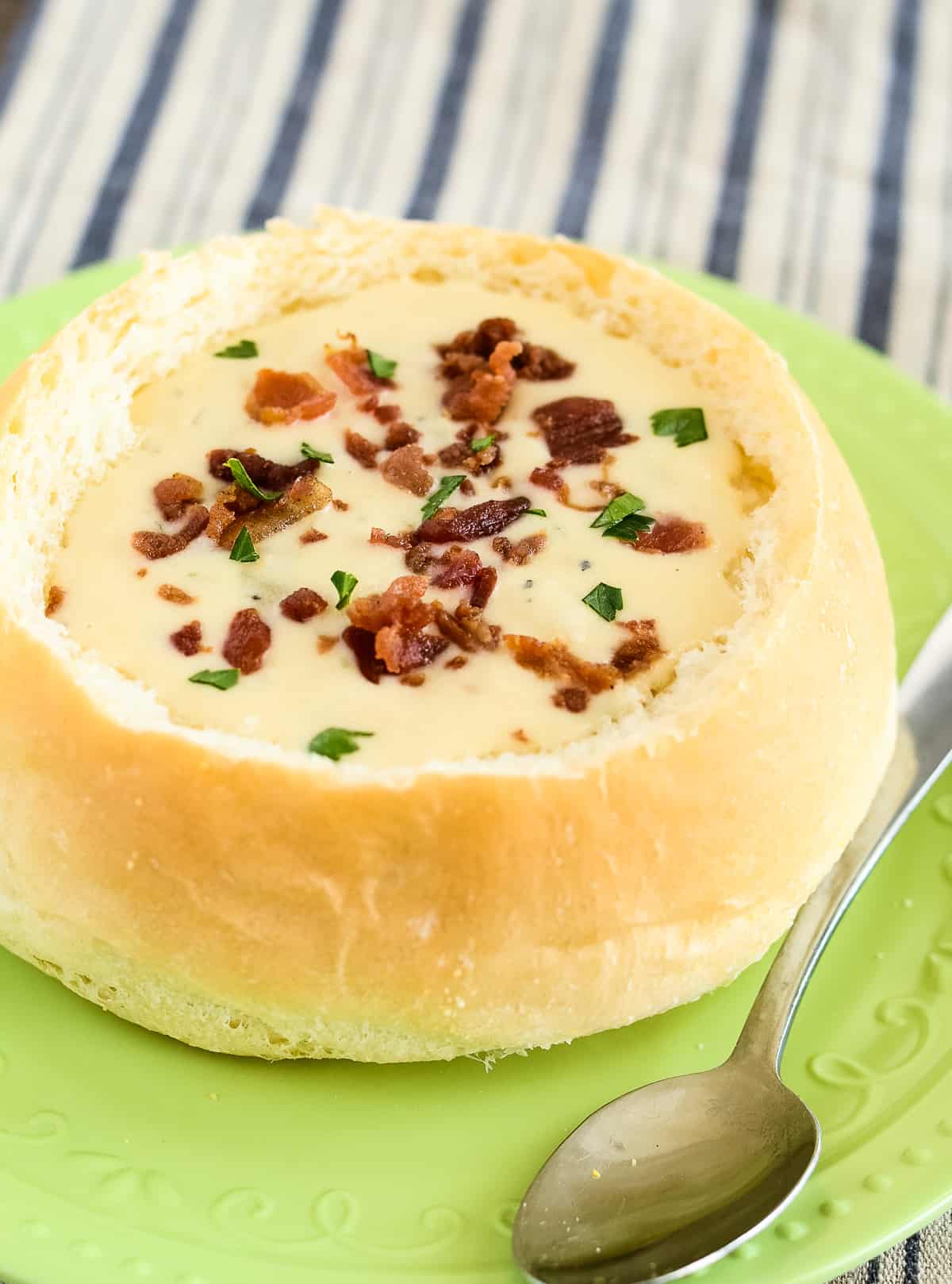 -Using minced clams instead of chopped makes this recipe much more kid friendly. Clams can be somewhat tough, so having them minced eliminates those chewy pieces.

-You can use a cup of heavy cream and a cup of milk in place of the half & half.

-This soup is extra yummy garnished with crispy bacon.

Every time I make this easy clam chowder recipe I think of my sweet grandma who passed away a several years ago. It is one of our very favorite soup recipes. I hope your family enjoys it as much as we do!