This post may contain affiliate links, which gives me a small percentage of the sale, at no cost to you.
Home » Recipe Index » Soups » Easy Spicy Chicken Corn Chowder 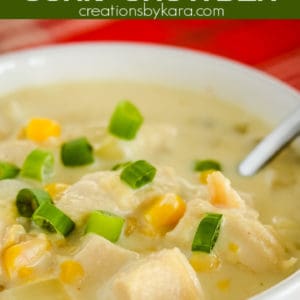 Spicy Chicken Corn Chowder – this thick and creamy soup is loaded with chicken and corn, and has just the right amount of kick to it!

My family loves a good hearty soup, especially served with homemade bread or rolls. Have you tried my Taco Soup or Easy Loaded Nacho Soup? They both have a Mexican flair, but aren’t too spicy for the kiddos. 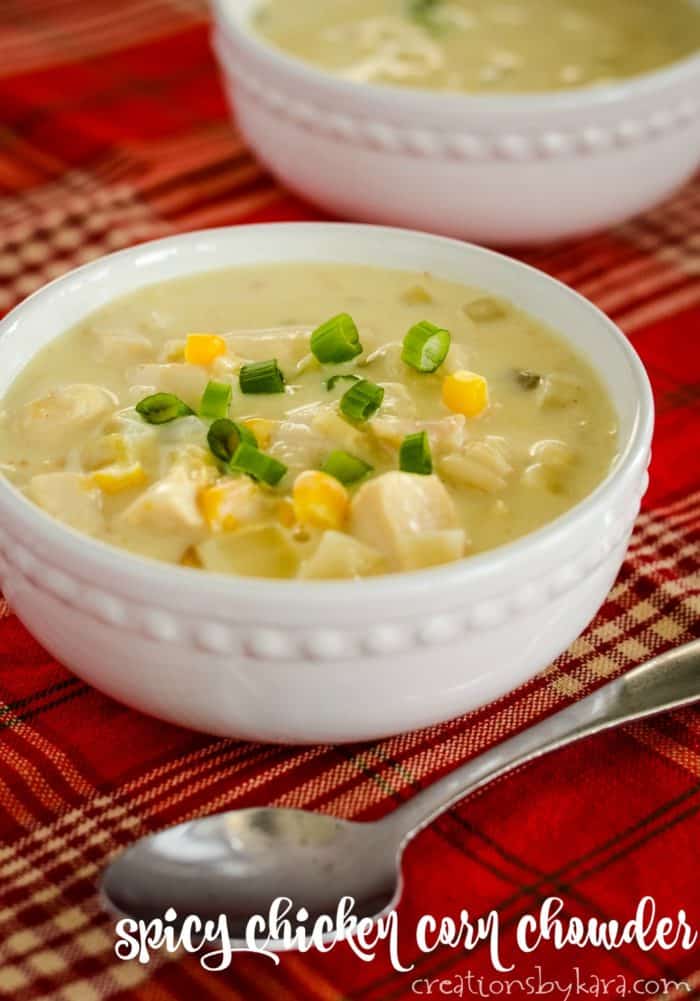 My husband loves this soup; it’s similar to a canned soup he used to eat in college. It has a few convenience ingredients in it, but it’s still homemade, so I like it better than the store bought version.

I made it for him a few nights ago hoping that it would offset the fact that BYU was getting killed by TCU. I don’t think it helped much, but a girl has to try.

The thing I love about this this soup (aside from the fact that it’s tasty), is that it is super easy to make. Besides cooking chicken and chopping an onion, everything is just dumped in the pot. 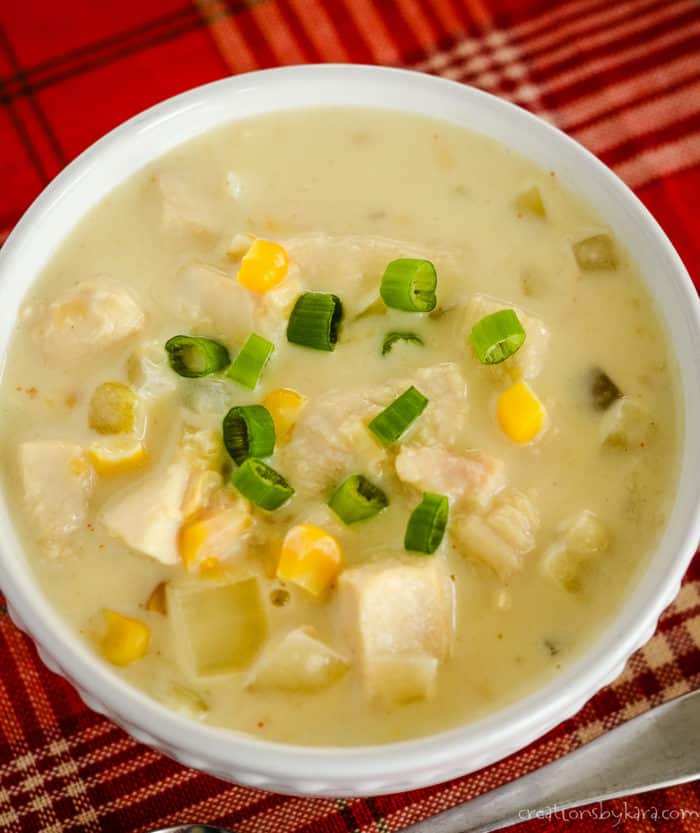 That’s it! This soup is seriously so easy to whip up, it’s a great recipe for busy nights. 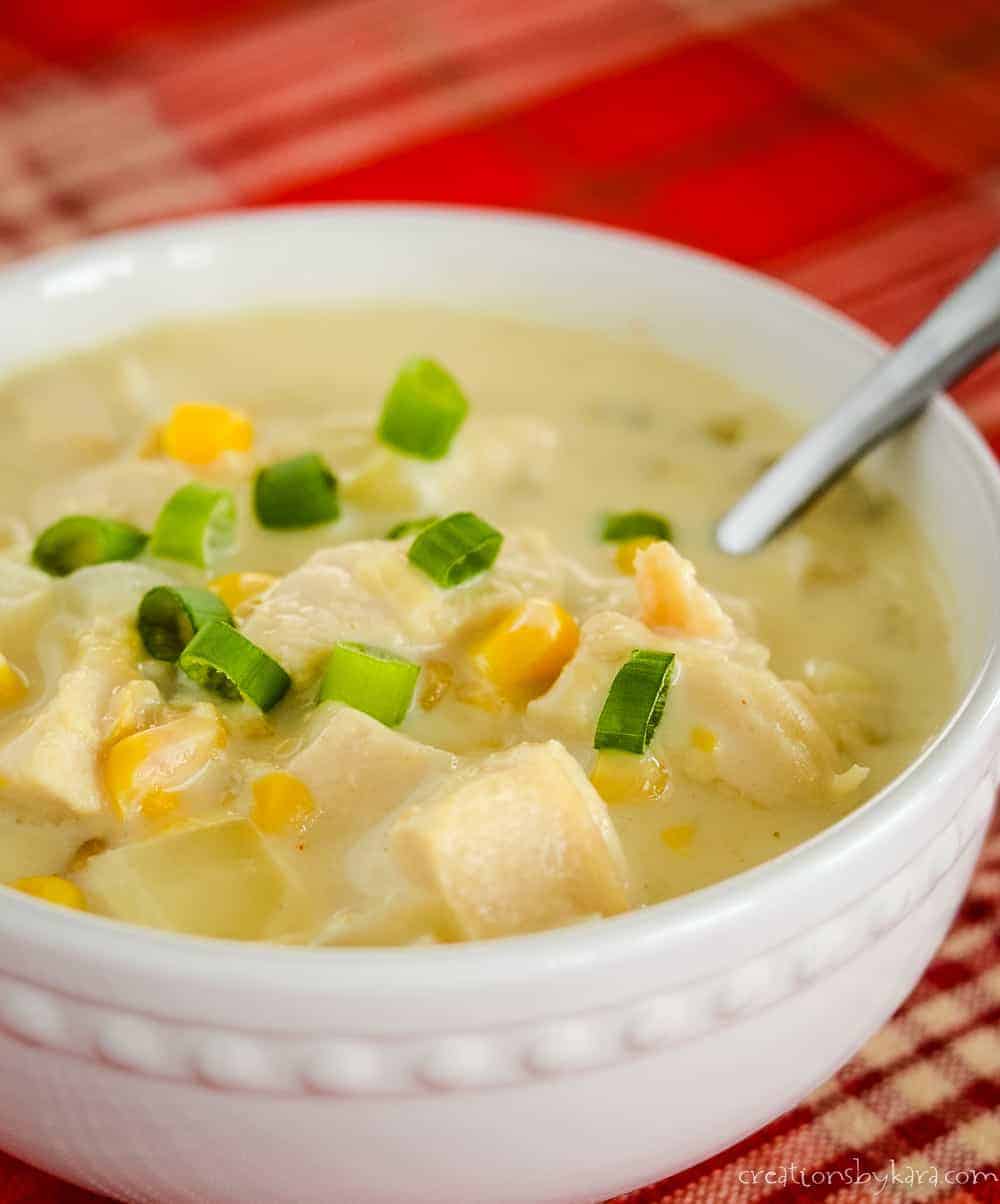 What to serve with this soup:

– I served this with homemade pretzels and everyone scarfed it down.

-Since it is thick and creamy, this is a perfect soup to serve in Bread Bowls.

-You can’t go wrong with these amazing White Rolls.

–Cornbread is a quick and easy alternative to yeast bread recipes, and pairs well with this spicy soup.

-If you’re really in a hurry, you can just serve it with tortilla chips on top. 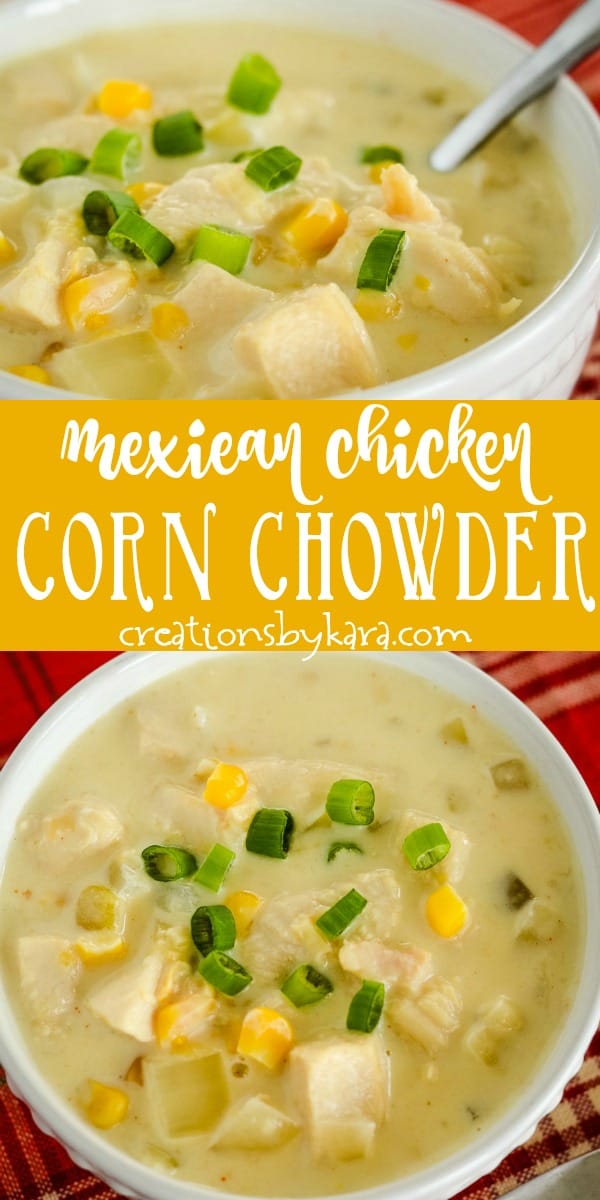 For a more mild soup, you can use Monterey Jack or Mozzarella in place of the pepper jack cheese.