This post may contain affiliate links, which gives me a small percentage of the sale, at no cost to you.
Home » Recipe Index » Breakfast » Cinnamon Apple Dutch Baby Oven Pancake 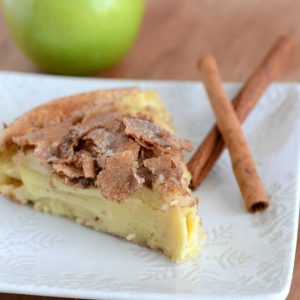 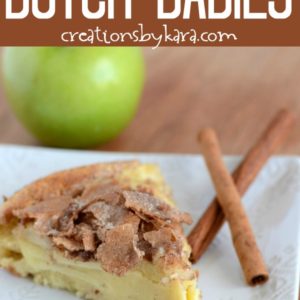 If you have never tried Dutch Babies (AKA  oven pancakes) before, you are really missing out! This cinnamon apple version is so tasty they don’t even need syrup. They would be perfect for Christmas breakfast this year!

German pancakes, also known as Dutch baby pancakes,  have always been a favorite weekend breakfast at our house. They are one breakfast that everyone in the family can agree on. 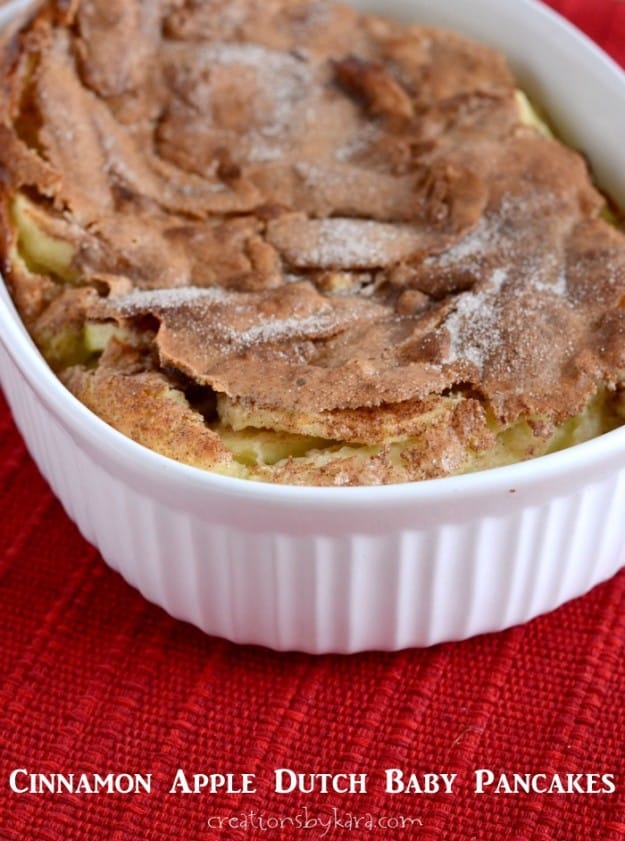 We have an abundance of apples from our apple tree, so last weekend I to add some apple cinnamon goodness to our pancakes. I was inspired by a recipe I found at Your Homebased Mom that looked phenomenal.

Oh mama. I wish I would have tried this version years ago. The tartness of the apples and the melted cinnamon sugar made these Dutch babies out of this world! I had to stop myself from eating too many. So delicious! 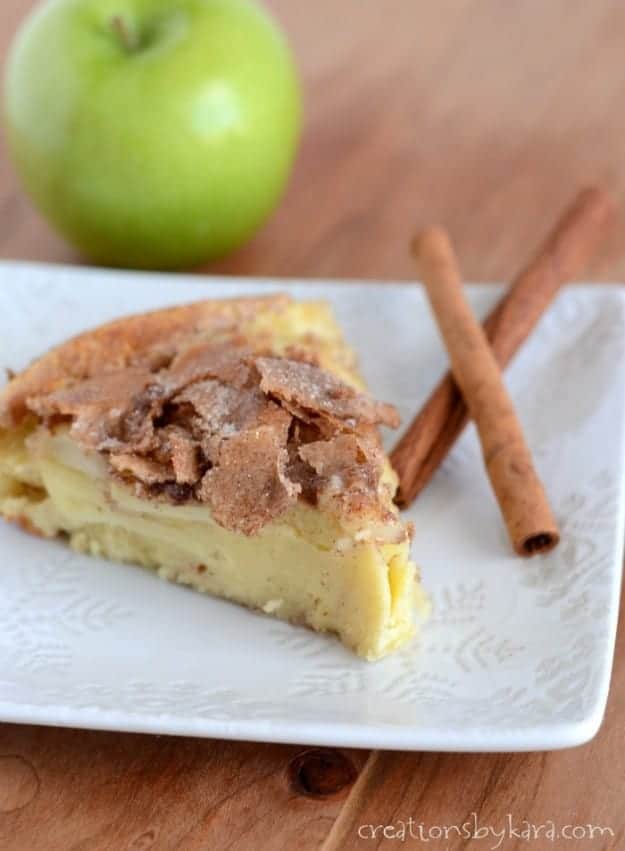 I put syrup on the table, but I didn’t even think these pancakes needed it, they are plenty sweet with just the cinnamon sugar. Of course, a couple of my kids added some buttermilk syrup while I was busy taking photos, but they admitted later that they could have done without it.

If you’ve never tried oven pancakes before, you really should. It is magical how they puff up and turn crunchy and golden brown on the edges. They really are amazing.

I also like the fact that they have more protein than regular pancakes, so my kids stay full a little longer. Which is huge when you have teenage boys that want to eat every minute! Often times I use half whole wheat flour. It works great, and makes them even more filling and nutritious.

If you have an oven proof skillet, you can use it in place of the casserole dish.