This post may contain affiliate links, which gives me a small percentage of the sale, at no cost to you.
Home » Recipe Index » Appetizers and Snacks » Easy Cinnamon Popcorn 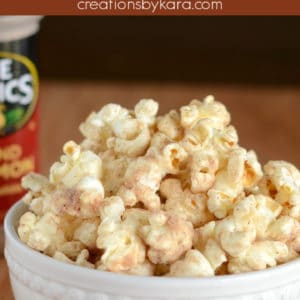 Easy Cinnamon Popcorn – a buttery cinnamon sugar glaze makes this popcorn irresistible! It’s made using ingredients you already have in your panty.

My kids are back at school. And that means one thing. Time to start thinking about snack foods. Because as soon as they walk in the door, the first thing on their mind is “what can I eat?”

Popcorn is one snack that everyone can agree on, and this easy Cinnamon Popcorn is a new favorite! 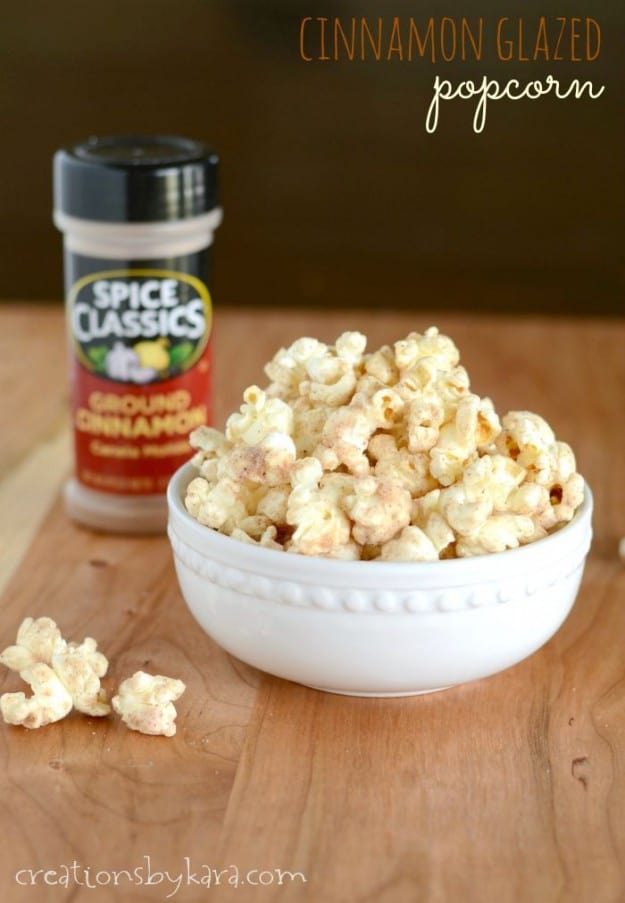 My kids love it because it’s on the sweet side, but I love that it isn’t sticky like caramel popcorn. It tastes a little like kettle corn, but it is much easier to make.

No fancy gadget required, just a saucepan. I’m sure my teenagers will be whipping up a batch on many afternoons. 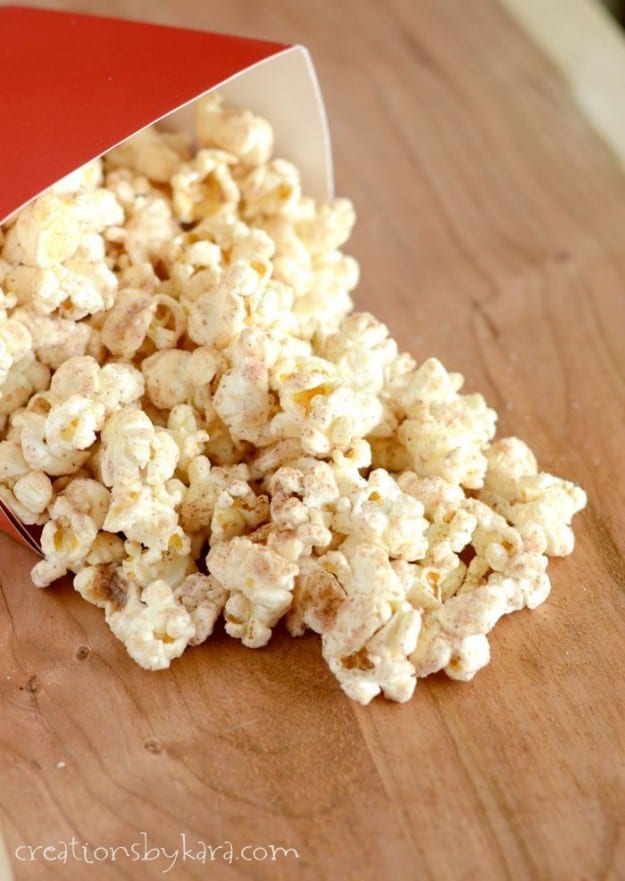 It doesn’t look like anything fancy,  but trust me when I say that it tastes amazing. It’s sweet, salty, crunch, and spicy all rolled into one bowl of yumminess. One of the best kinds of snacks! 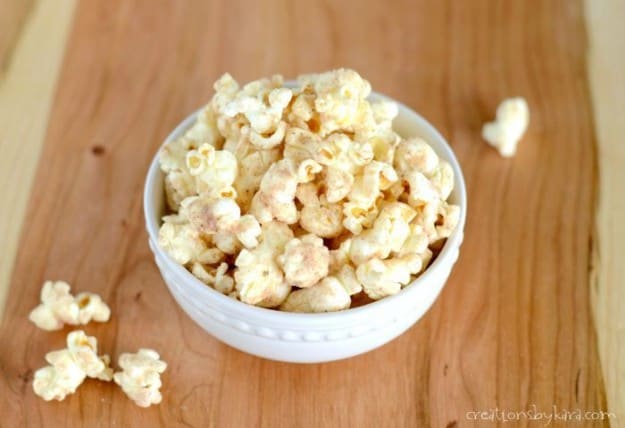 My sixteen year old kept sneaking handfuls while I was trying to take photos. Then the three year old joined him. Luckily the other kids weren’t around, or I might not have had anything left to shoot.

It’s not overly sweet, so it is hard to stop eating!! I found myself eating more than I should have. But at least it’s packed with fiber, so it counts as a health food, right? 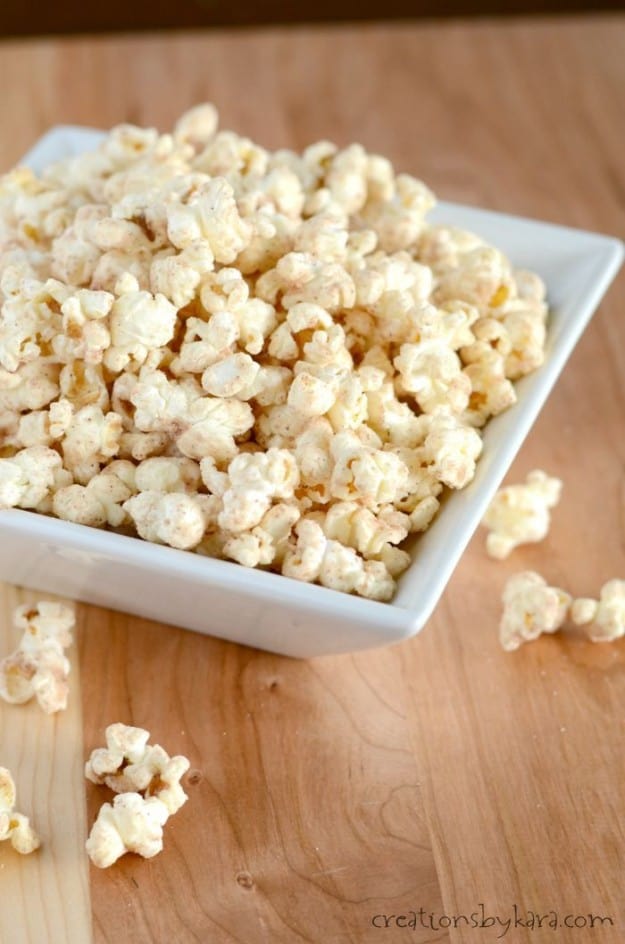 Surprise your kids and whip up a batch for an after school snack. They will love you!!

Check out my tip for making popcorn without kernels. No one likes biting into those.