This post may contain affiliate links, which gives me a small percentage of the sale, at no cost to you.
Home » Recipe Index » Pumpkin Cinnamon Swirl Bread 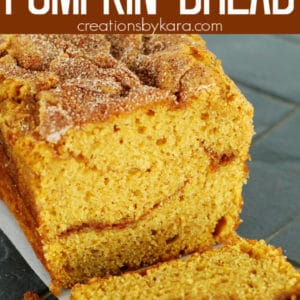 Pumpkin Cinnamon Swirl Bread . . . moist and tender pumpkin bread with a ribbon of melty cinnamon sugar in the middle. You will love it!

I love baking with cinnamon sugar this time of year, it makes the house smell SO good. Cinnamon swirl apple bread, cinnamon roll cake, and cinnamon swirl yeast bread are a few more standbys at our house. 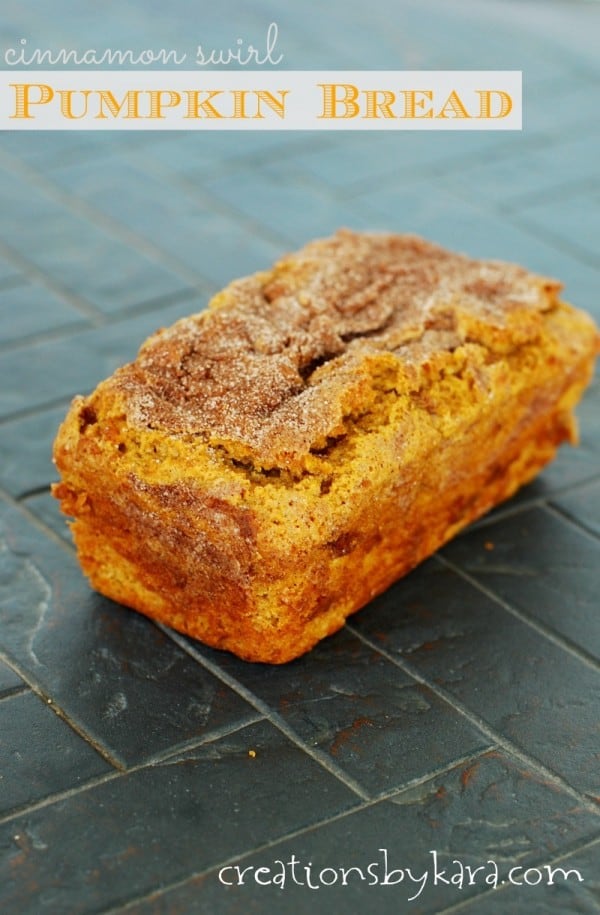 Here is the recipe for pumpkin bread that I promised you yesterday. Trust me people, you are going to want to try this one!

It has a crunchy layer of cinnamon sugar on top, and another layer in the middle. It is moist, delicious, and packed with cinnamon flavor. And of course it will make your house smell utterly fabulous while it is baking.  I intended to share a loaf with a friend, but my boys devoured it so quickly that there was none left! 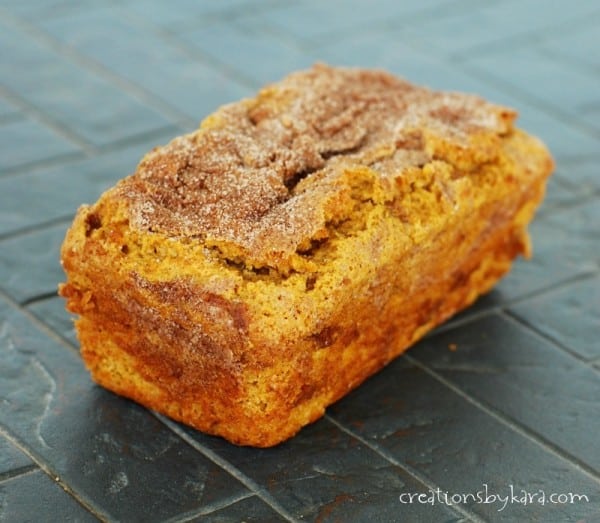 See that yummy layer of cinnamon sugar in the middle? It melts into the bread adding ooey gooey cinnamon flavor to every bite. If you love pumpkin, you are sure to fall in love with this bread after just one bite!

Whisk together the wet ingredients in a large mixing bowl. In another bowl, whisk or sift together the dry ingredients. Add to the pumpkin mixture and stir till well combined. Then quickly stir together the cinnamon and sugar.

Your house will smell absolutely wonderful as they are baking! 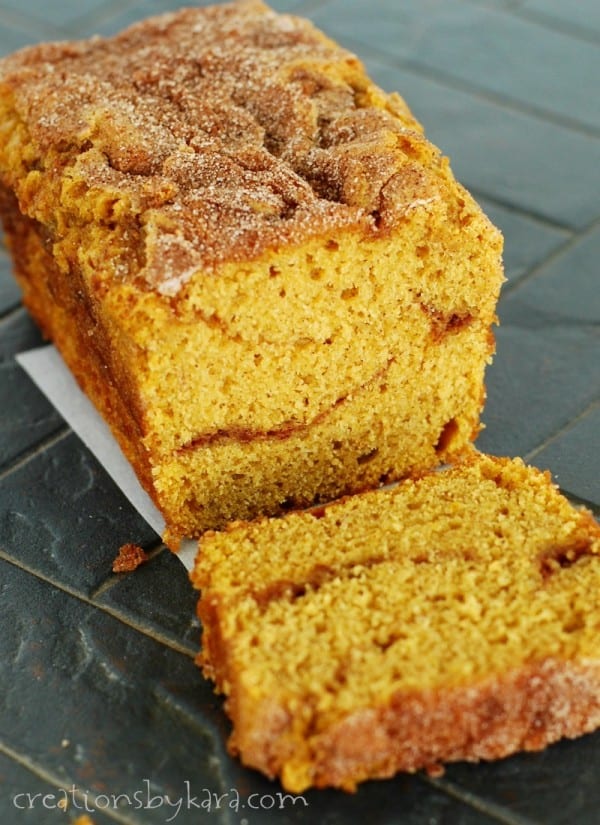 In case you missed it yesterday, I shared a free printable Christmas Bread Wrapper. Just print it out, wrap it around a loaf of this pumpkin cinnamon swirl bread, and you have a cute and yummy Christmas gift that is perfect for neighbors, teachers, co-workers. Just about anyone, really! 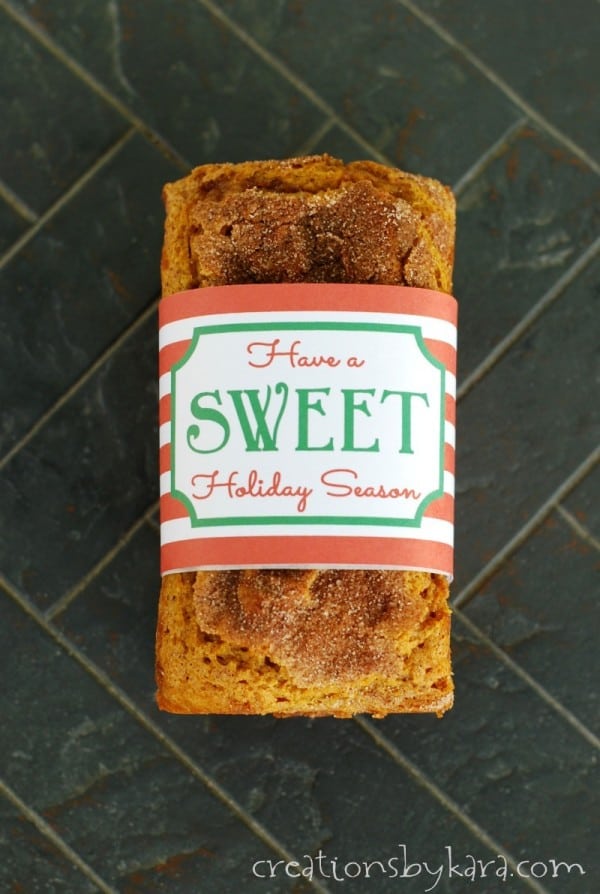 If you’re looking for a quick and easy fall bread that everyone will love, give this cinnamon swirl pumpkin bread a try. You won’t be disappointed!

*If all you have is a cup of pumpkin, that will work just fine.