This post may contain affiliate links, which gives me a small percentage of the sale, at no cost to you.
Home » Recipe Index » Dessert: Brownies and Bars » Snickerdoodle Bars with Cinnamon Chips 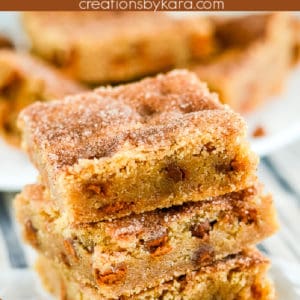 Snickerdoodle Bars – These buttery, chewy cinnamon sugar blondies are simply scrumptious! Cinnamon chips in the dough sets this recipe apart from the others. Every time I serve these bars I get recipe requests. People can’t get enough of them!

If you love cinnamon sugar treats like old fashioned snickerdoodles, you have got to try these bars. No rolling, no chilling, they are ridiculously easy to make! 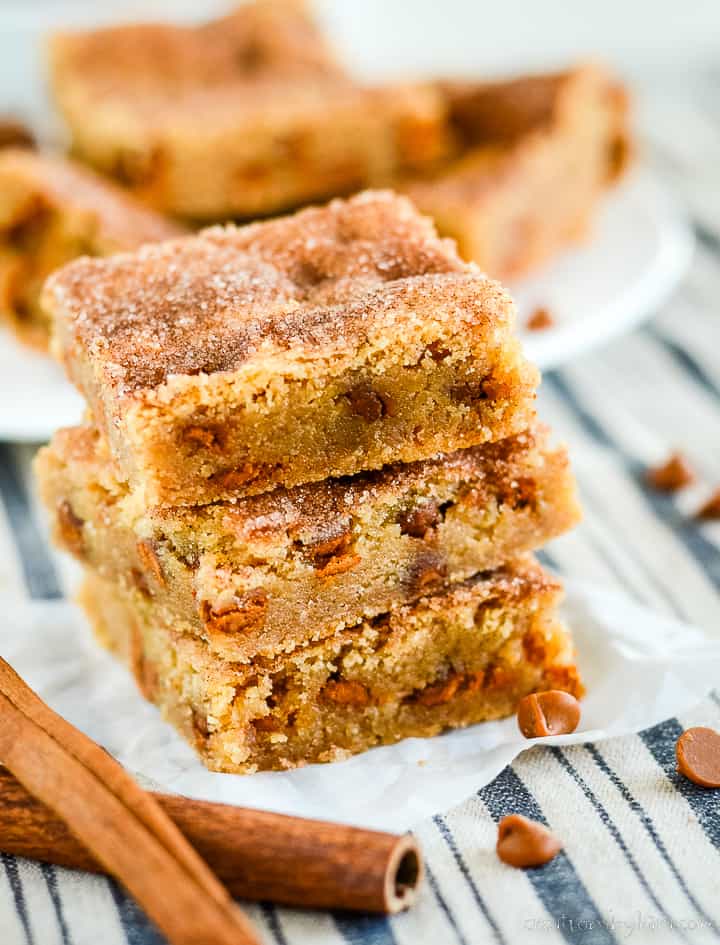 I first found the recipe for these snickerdoodle blondies  over at yourhomebasedmom. We all fell in love after the first bite!

HOW TO MAKE SNICKERDOODLE BARS 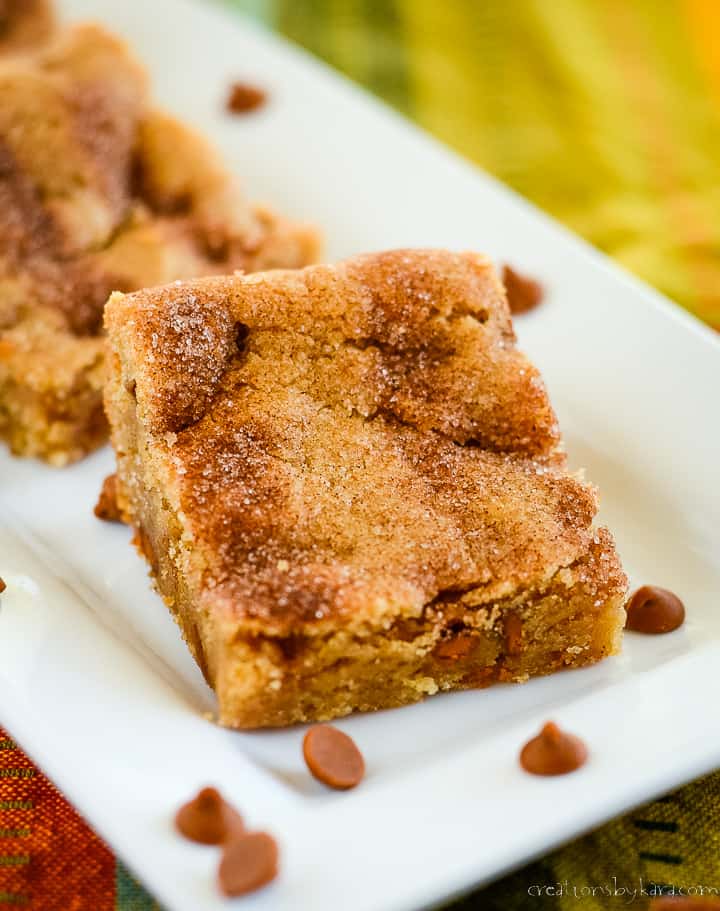 How to store leftovers?

If covered tightly or stored in an airtight container, they will last at room temperature for up to 5 days.

You can also freeze leftover snickerdoodle blondie bars for up to 3 months. I like to store them in heavy duty ziplock bags. They will stay even more fresh if you wrap them individually in plastic wrap first.

It’s best to let them thaw at room temperature, but you can reheat them in the microwave for a few seconds. Just be carefull, they get hot in the middle pretty quickly. 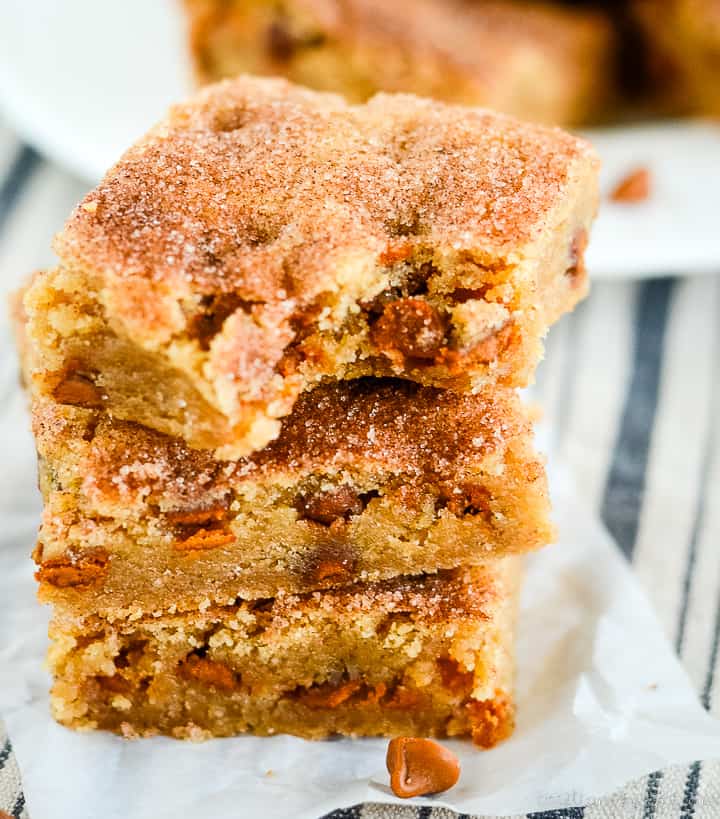 -I have tried these with both cinnamon and butterscotch chips. Both varieties are fabulous!

-I’ve learned that they will not appear to be done in the middle, but will set up as they cool. Don’t overbake or they turn hard.

I am not kidding you when I tell you that these snickerdoodle cookie bars are pure evil. Every time I’ve made them I’ve had to give half the batch away because I CANNOT stop eating them. So simple, but so darn delicious!
Previous Post: « Easy Chili Mac Recipe (One Pot)
Next Post: Mashed Potato Bar »