This post may contain affiliate links, which gives me a small percentage of the sale, at no cost to you.
Home » Recipe Index » Bread- Muffins and Scones » Cinnamon Sugar Donut Muffins (French Breakfast Puffs) 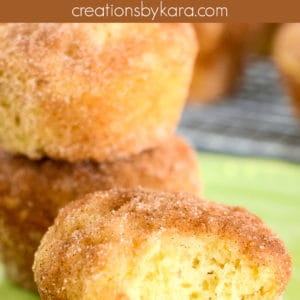 These muffins are perfect just on their own or with hot chocolate or coffee, but they also make a great breakfast served with breakfast hash and fruit salad. 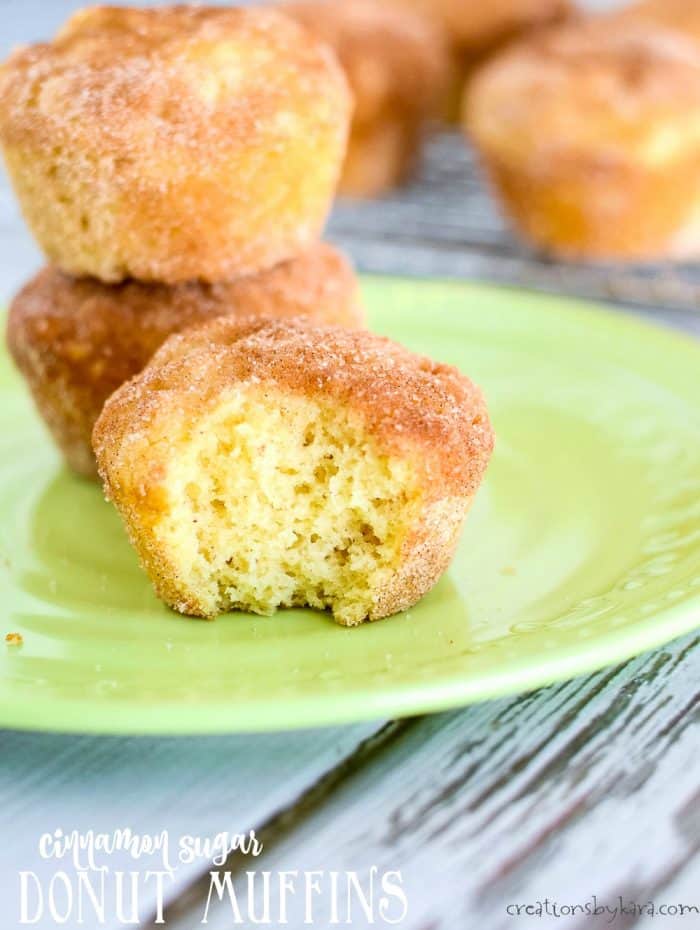 I went to book club last night and somewhere at the end of our get together, the discussion turned to muffins. What can I say, we all love food! Anyway, I mentioned how much I love these cinnamon sugar muffins and my friends asked if I had posted them on my blog.

I thought I had, but apparently I was mistaken. So Amie, here is the recipe for the muffins I was talking about. 🙂

These are a favorite recipe from when I was a little girl. We called them French Breakfast Puffs. I remember helping my mom make them. They made the house smell amazing while they were baking!

My siblings and I usually had the job of rolling them in the butter then cinnamon sugar mixture. That’s the job I give my kids now. They enjoy it because they get to lick their fingers when they are finished. 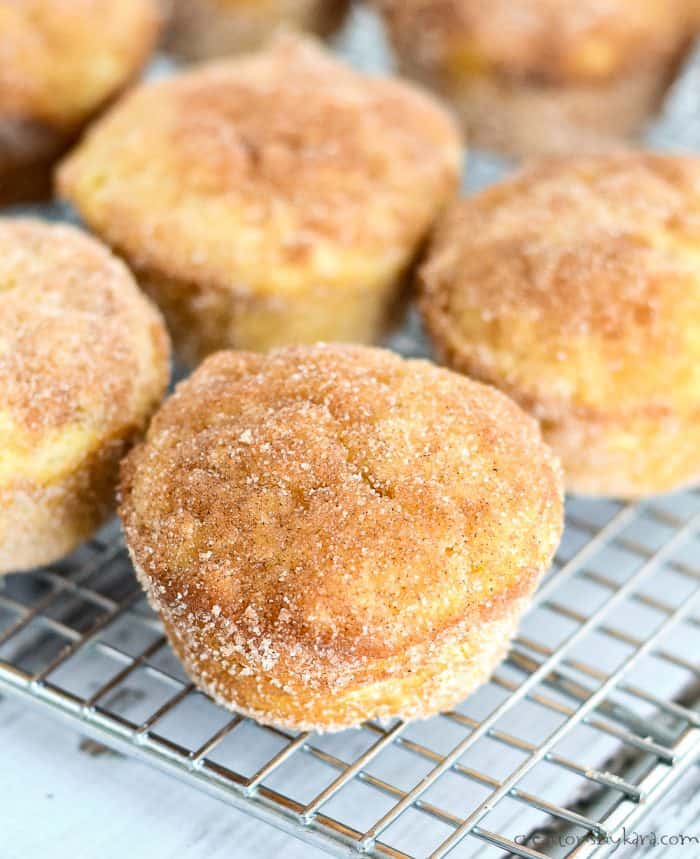 These are delicious and taste very similar to cinnamon sugar donuts. The nutmeg in them adds such a great flavor. To make them a little healthier, I just brush the tops with butter, then roll them in the cinnamon sugar.

It sticks to the bottom of the muffins just fine even without the added butter. If you roll the whole muffin in butter, they are sinful, but simply divine!!

HOW TO MAKE DONUT MUFFINS

Ingredients for these muffins:

Cream butter and sugar in a large bowl till fluffy. Add egg, vanilla, and milk.  Stir in dry ingredients just until moistened. Fill greased muffin cups about 2/3 full. Bake at 350° for about 18 minutes. While still warm, brush tops with melted butter, then roll muffins in cinnamon sugar mixture. 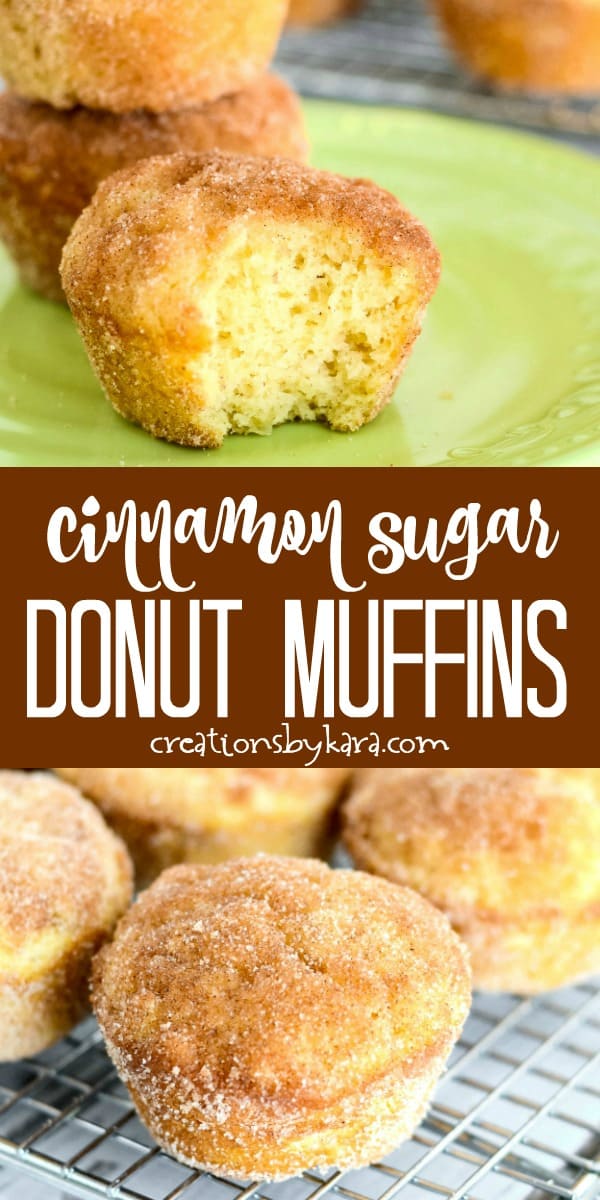 PRO TIP:  Make your own cinnamon sugar by mixing up 1 cup of sugar with 2-3 teaspoons of cinnamon. Store it in a small container. When you finish your jar of cinnamon, don’t throw it away! It is perfect for this.

HOW TO STORE CINNAMON DOUGHNUT MUFFINS

These muffins are definitely best served hot from the oven, but they will keep for a few days. Store them in an airtight container at room temperature. The cinnamon sugar mixture will start to melt into the muffins and they may become sticky, but they still taste fine.

CAN I MAKE THESE IN MINI MUFFIN PANS?

Yes, you can. You will get 2 1/2- 3 dozen mini muffins, depending on size. They will only need to bake for about 12-15 minutes. You will need more melted butter and cinnamon sugar mixture for coating the muffins. 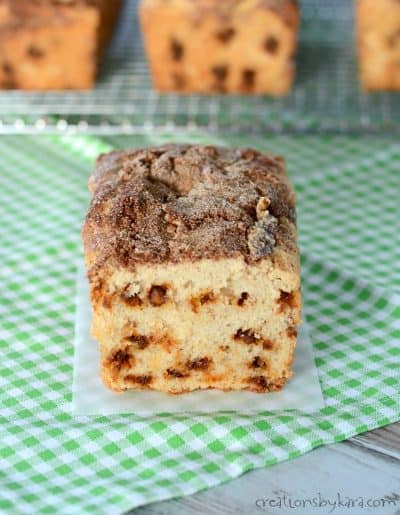 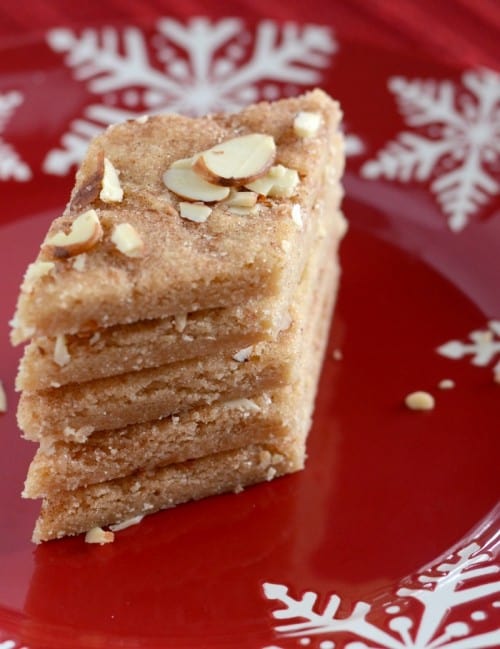 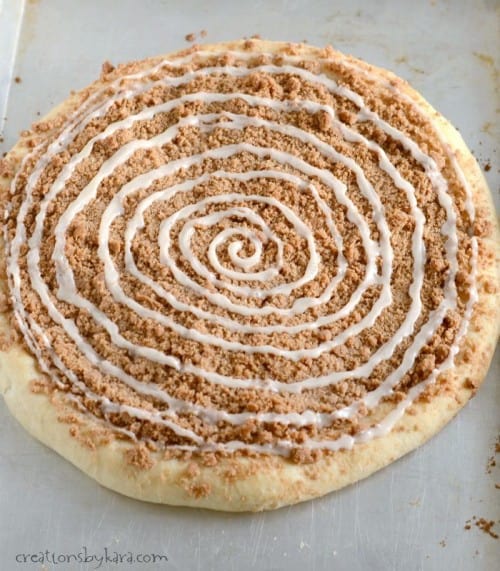 If you love cinnamon donuts, you need to try this muffin recipe. Because really, who can resist muffins that taste like donuts?!

If you want to brush the entire muffin with butter, you will need 1/3 cup of melted butter. Nutrition information is based on using just the two tablespoons of butter.